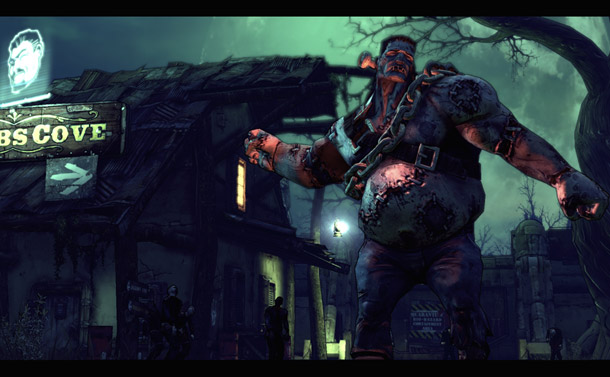 Dr.Ned not Dr.Zed, takes you a little adventure on Zombie Island where most of the population is infected because of a deadly disease. Zombie Island is available for 800 Microsoft Points or $10 on the Playstation Store, which provides players with a new place to explore and new quests to complete. Gearbox Software had promised around 4-6 hours of gameplay, and this DLC add on gives you just that. Zombie Island follows the same formula the the Borderlands original game was so recognized for – constant looting, killing and a little bit of humor.

The story is interesting enough to keep the players motivated but nothing gameplay wise is really change or improved. According to what level you are currently, the enemies will scale to provide a fair experience for everyone. There isn’t much to say about the Zombie Island DLC, except that if you playedthrough Borderlands you will definitely enjoy Zombie Island. Priced at only $10, this add on should be purchased by every Borderlands fan who can’t get enough of picking up tonnes of loot and completing a bunch of quests.