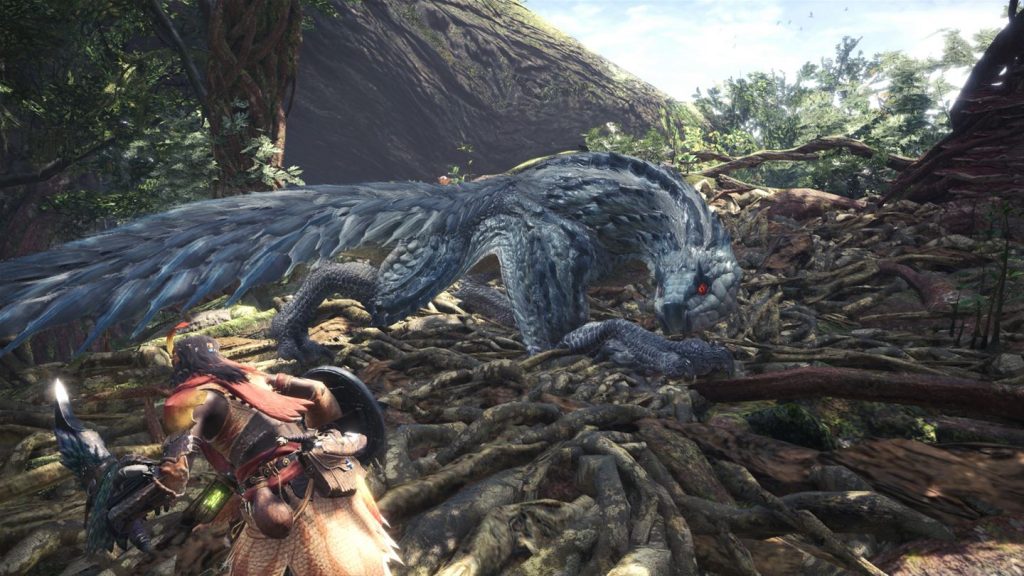 The Xbox Game Pass grants digital access to over 100 Xbox One, Xbox 360 and Xbox games for $9.99 USD/$11.99 CAD per month. Instead of services like PlayStation Now – the Netflix-like game streaming service – Xbox Game Pass allows for client-side downloads. Games remain stored on your Xbox One hard drive, as if you purchased them from the marketplace.

Microsoft announced Sea of Thieves, Crackdown 3 and State of Decay 2 as the first Microsoft Studios games to launch on the service. The three games mark the beginning of the expanding digital library. Future Gears of War, Forza and Halo titles will also launch on Game Pass. Games with Play Anywhere support –Windows 10 and Xbox One compatible games –function on both platforms with Game Pass.

With all future Microsoft Studios games launching on the Game Pass, subscribers can maximize their dollar. The monthly subscription acts as a rental, allowing players to opt in for a month then cancel their subscription. If players dislike multiplayer, the monthly period allows for quick campaign clears for a fraction of the cost. 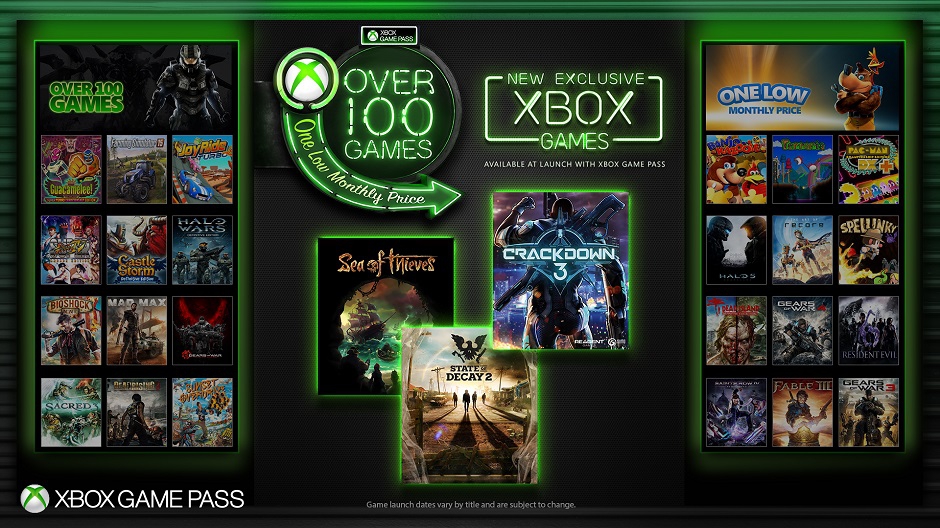 Microsoft’s bold Game Pass initiative benefits the players more than any other party involved. The subscription cost equates to two full priced games per year. For Canadians, it’s actually cheaper to subscribe to Game Pass for a year than to buy two Microsoft exclusives. If two games don’t interest you, the rental capabilities still offer so much flexibility. A single month subscription covers your next Halo campaign run.

The Game Pass does not however benefit retailers at all. Retail stores will lose the potential millions in sales of copies for Halo and Gears of War. Digital rentals also mean fewer used games in circulation, which hurts resellers like GameStop. Following the news, independent game stores know Game Pass cuts into the sales of Microsoft products.

Gameindustry.biz spoke to a few UK retailers and noted their frustration with Game Pass. “If they’re going to do this, I won’t bother [stocking Xbox],” Stephen Stangroon from Stan’s Games, a store in Cornwall, says. “You only make £3 or £4 on Xbox games like the new Monster Hunter, if you’re lucky.”

Some Xbox owners also fear the Game Pass hurts their favourite game developers, not just retailers. But if you observe how developers generate revenue in the current market, Game Pass can benefit them. An imperfect comparison is to imagine Game Pass as a movie theatre ticket. The theatre ticket (in this case the Game Pass subscription) grants access to watch the movie (the game). If you want, you can buy popcorn, drinks and chips. These snacks I imagine as the DLC, expansions and cosmetics. If the developers maximize their player base, they should make more money through selling optional content. Without the costs of printing physical games and without the retailer margin, I think game developers stand to make more from Game Pass overall.

If Game Pass succeeds, expect to see more launch day games on the service. The large user base opens up so many possibilities for developers to expand on their games. The service won’t guarantee success for every studio, but exposure is often the most difficult obstacle in marketing a product. If Microsoft continues expansion of Game Pass, it will change game distribution and consumption forever.

After a decade of Monster Hunter games, Monster Hunter: World set a franchise record with 5 million copies shipped. The milestone comes after three days of physical and digital sales on the Xbox One and PlayStation 4.

Monster Hunter puts up to four players to hunt down or capture giant monsters roaming a large area. After a successful hunt, players take their bones, scales and ores to craft stronger weapons and protective armour. With their new gear, players repeat the cycle and defeat even tougher monsters.

For the last decade, Monster Hunter games released on handheld and Nintendo platforms. Capcom released Monster Hunter on the PSP, Wii and 3DS – all platforms with hardware limitations. Control methods, like a single analog stick, prevented the smoothest movement during combat. The subdued graphical power also restricted the size and fidelity of the hunting areas.

The PlayStation 4 and Xbox One – especially the PS4 Pro and Xbox One X – let Monster Hunter break free from its constraints. Dual analog controllers, powerful console GPUs and integrated online features created the largest, most streamlined version of Monster Hunter ever.

When I played Monster Hunter Tri on the Wii, I used Xbox 360 voice chat to communicate with friends. The jumbled messed of controllers and headsets solved our communication issues since the Wii didn’t support it. Now I just invite friends on Xbox One and form a party in seconds. If needed, we reach out to the Xbox Live community for help. The series, not to the fault of the developers, often lacked important features of this social, yet demanding experience.

As a long-time fan, I foresaw Monster Hunter: World’s success. The franchise needed to step away from handheld platforms for consoles with integrated online features. After Bungie’s misstep with Destiny 2, players craved a gear progression game. Borderlands’ absence and the popularity with animation heavy action games like Dark Souls prepared newcomers for Monster Hunter: World.

Niche or ignored games reaching a mass audience represents a common theme among players in the last few years. Nier: Automata helped PlatinumGames find a new audience for their action games. PlayerUnknown’s Battlegrounds sold over 30 million copies despite its unforgiving and punishing shooter mode. Their unexpected success relates to the changing tastes of players who seek something different. No longer do games like Halo, Final Fantasy and World of Warcraft find instant success. Players want the best games, not just the most familiar ones.

Although Monster Hunter: World already shipped 5 million copies in three days, the praise keeps inviting new players to the hunt. With the booming console sales and the PC release later this fall, expect to see a much bigger number than 5 million.