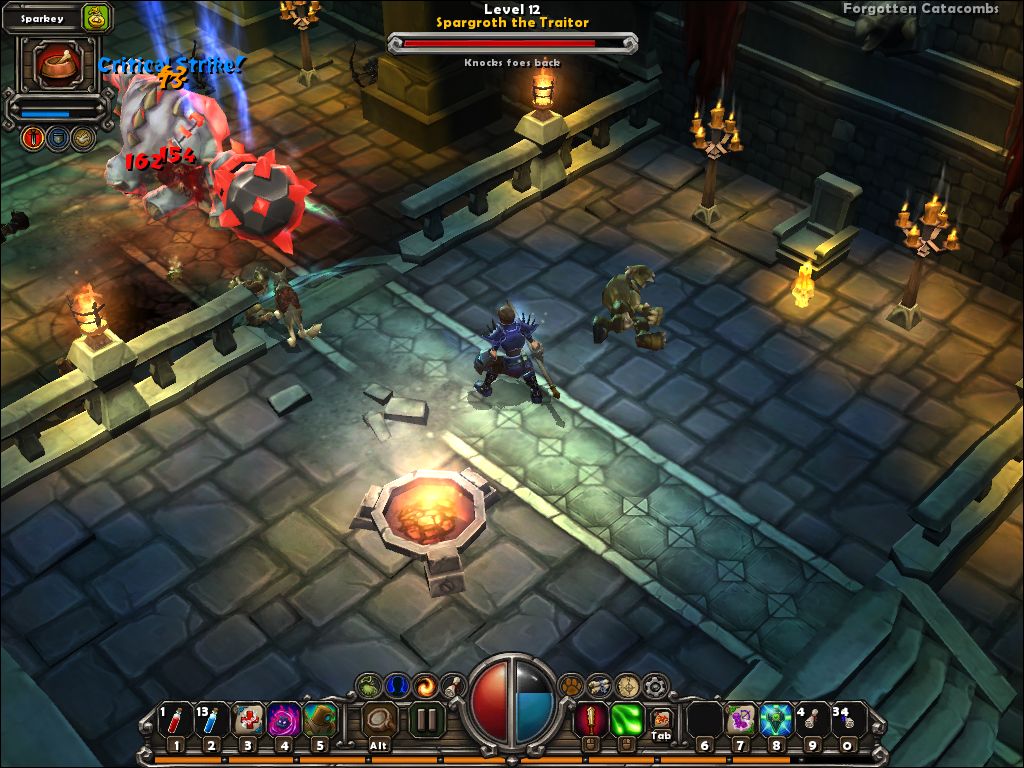 Torchlight was developed by Runic Games, which consists of members from development teams such as Mythos and Flagship Studios. Torchlight went on to serve as a basis for their MMORPG, which will be released sometime in 2011. Runic’s first game drew many comparisons to Diablo, in terms of the overall feel and action RPG elements. With the inexpensive price of $20, could this introduction to the world of Torchlight gain interest for the MMORPG set to release in 2011?

Before you even jump into the world of Torchlight, you have to pick a character class and a companion. You can choose between the Destroyer for melee combat, the Vanquisher for ranged combat, and the Alchemist who is a magician. Each class has 3 different skill paths which you can choose skills to upgrade that best suits your needs. You also have the option between a dog and a cat, which prove very useful later on in the game. Your pet will help you take on waves of enemies, hold items in their inventory and even go to town to sell unused items for you, which you will constantly do since you will be picking up loot all the time.

The story in Torchlight is paper thin; you arrive in this mining town called Torchlight, and there is corruption in the mines. The story is not interesting at all and the only thing that will keep you from not exiting the game is its gameplay. Your characters actions are mostly executed with a mouse, attacks are mapped to the left and right click which can be alternated to different attacks by pressing the Tab key. Torchlight’s presentation is well done; a color pallet ranging from purples, yellows, browns and greens, really gives each thing a distinct identity. The art style is identical to the art style in World of Warcraft, but it has a more of a cartoon look to it.

About 5 or so hours into the game, it will feel like there is a huge section missing. There is no multiplayer at the moment and the game just screams for some type of social interaction or cooperation. There just simply wasn’t enough to grab my attention to come back and play more. At times it felt like somewhat of a chore since you are doing these simple fetch quests, which contribute nothing to the story. Even though it may sound like the game isn’t that great, the purpose of this single player experience may only serve as a way to get a community excited for the MMORPG is 2011.

Besides the fact that Torchlight lacks multiplayer, there are things that are stand out that you will appreciate. The monsters are creatively designed; the pick axe holding mice and screeching goblins really give variety throughout the different floors of the mine.  Each floor will also have these miniature bosses which when killed increases your fame level. For every Fame level reached, additional skills points will be rewarded to you.

Overall Torchlight is a fun game, but it doesn’t seem like it is intended to be played all the way through. The lack of multiplayer really shows and even though the game is only $20, it still doesn’t help the fact that at times it feels like a chore to play. Runic Games really has some talent in their studio, and I really look forward to playing their MMORPG in 2011.