Each year I play an unhealthy amount of familiar and different games. By now, I know what another Battlefield or Gears of War offers, so I avoid them. I acknowledge their quality, but I find more enjoyment from weirder, new games. I don’t hate shooters; it means one game fills the void for the duration of year. Until something knocks Halo 5: Guardians out of my Xbox, I bounce off other multiplayer shooters.

The exploration of new genres leads to unknown, uncomfortable experiences. Experimentation led me to games like Deus Ex and Mirror’s Edge, so finding their sequels on my 2016 list makes sense. My top five of 2016 lists some well known games in an unorthodox order.

2016 brought us Overwatch, Watch_Dogs 2 and other awesome games throughout the year, but you won’t find those games on my list. You’ll find what I played and loved, and games that left me disappointed.

Insidewon’t challenge or confuse you with its puzzles, but it leaves you thinking at the end of it all. Inside’s short journey from, well, the inside, pushes you to escape from the pit of a prisonlike complex. Without any dialogue or direction, the platformer’s familiarity of “move right” provides all the information needed.

The manipulation of walking, jumping and grabbing brings the depth to exploring the dystopic world. While Inside expands on simple ideas, your character limitations stay the same. As a little boy, dogs hurt, bullets kill and falls paralyze. The controllable character stays vulnerable despite the surrounding conditions worsening closer to the outside. Inside aims for a minimalistic platformer with a predefined ruleset, yet it surprises with every new area until the very end.

Cyberpunk games suck. The science-fiction setting seems perfect for video games, yet we see little variety outside of point-and-click games. Deux Ex: Mankind Divided keeps hope alive for the cyberpunk setting by presenting both a great cyberpunk game, and a great game overall.

The futuristic hub-worlds evolve with the story, changing in both appearance and accessibility. As the story advances, old quests disappear and new quests appear. The world feels alive, influenced by your actions. How you build Adam Jensen also influences how you approach the city and your objectives. Abilities like the invisibility cloak, location teleport and footsteps mute can trivialize stealth, yet it depends on what you enjoy.

When I robbed one of the larger optional banks by infiltrating through the parking lot vents and then using codes I stole from tenants around the city, I felt smart. Instead of a brute force, cloak and manual hacking method, I opted for the slower approach of patience and exploration.

When the credits rolled, I left sci-fi Prague with pockets full of stolen items and a database full of private emails. I thought I knew the details of Adam Jensen’s story, but I was wrong. After you play through Deux Ex, read the story theories online. They will blow your mind.

Forza Horizon 3, the sequel to my 2014 Game of the Year, makes my top five list for 2016 without much surprise. The vibrant Australian landscapes and joyous music festivals invites nothing but happiness and excitement. Like the previous Horizon games, Playground made one of the cheeriest game worlds to drive through.

Forza Horizon 3 establishes the Horizon Series as one of the greatest franchises ever made. As people discuss Nintendo, Naughty Dog and CD Projekt Red as some of the best game developers in the world, Playground Games belongs right there beside them.

There’s no way to quantify the worth in waiting eight years to play another Mirror’s Edge. Regardless of the time gap, Mirror’s Edge Catalyst climbs above most of 2016’s games.

Mirror’s Edgegave players a weaponless run through the City of Glass in the midst of 2016’s flood of action packed shooters. Few games limit your arsenal to hands and feet while keeping the game fresh throughout. 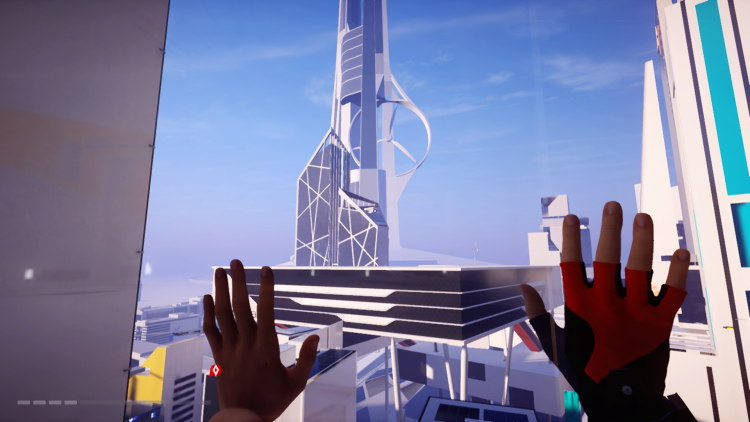 The variety of locations in the City of Glass challenges players to approach obstacles in both vertical and horizontal axis. Whether you run through residential apartments, construction zones or office spaces, more than one approach exists. The handful bridges connecting larger areas can create frustrating instances of aimless running, which makes the open-world a contentious topic.

If we don’t see another Mirror’s Edge, Catalyst is a fine send off. Few can deny theawe in running through the clean, futuristic cityscape.

I was done with the Uncharted series, but Naughty Dog wasn’t. After three insane rides on the consoles and one on the PS Vita, I filled up on treasure hunting. I left satisfied, yet Naughty Dog’s pedigree reeled me back in for one more game. Uncharted 4:  A Thief’s End debuts the Uncharted franchise on PS4 and delivers one of the year’s best maniac thrills.

Uncharted 4takes the familiarity of climbing handholds and solving puzzles, then turns them into grand sections. When you climb a clock tower, you climb the largest, most complex clock tower. When you explore an ancient ruin, you explore the oldest, most intricate ancient ruin. Uncharted 4 takes every section and turns them into their own detailed and fleshed out experience.

And while the gun combat feels similar to previous games, Naughty Dog overhauled the melee combat. It almost feels as if they wanted to avoid guns in favour of hand-to-hand. The ability to block, counter and throw makes these hand-to-hand brawls exhilarating set pieces of their own. Nathan’s fist fight with Nadine is the first thing I recall when thinking of Uncharted 4.

I’ve written multiple articles about Halo 5: Guardians’ player retention and free DLC model. This award feels like another excuse to continue writing about it.

Watch me be awesome in the video below:

The addictive, fluid mechanics satisfies through a perfect balance of challenge and simplicity. With over a year of steady playtime, Halo 5 feels as rewarding as the first day. The new content keeps the game fresh, but the refined shooting mechanics keeps Halo 5 relevant.

With over a year of playtime, I don’t plan on stopping now.

Most Disappointing Game of the Year

The dialogue between characters at the base camp bored me so much, I wondered if maybe my tastes in games changed. Something felt off, like the conversations involved two dictionaries rather than two people. The discussions, the topics, the reactions: it all felt synthetic and safe.

Unlike Awakening, Nintendo worked with the Nintendo Treehouse division for English localization. The Treehouse team also worked on Tokyo Mirage Sessions #FE, which saw similar backlash for its localization. Instead of taking the Japanese script and translating it into English, the Treehouse team editorialized the dialogue. They made changes and cut content based on what they felt met Nintendo’s standards.

Treehouse’s editorialization of the dialogue turned simple speech into jumbled, long and complex statements not at all fun to read. The line, “We can destroy the enemy with its power,” tells the story in a simpler, more effective way. You can see the differences in localization and translation below:

The dialogue aside, Fates changed combat to encourage different combinations. Instead of piggybacking weaker characters in pairs, everyone stays exposed on the battlefield if you want the most effective team. The risk of leaving healers and archers exposed means an additional attack turn when on offence.

Combat refinement doesn’t improve the overall experience when uneven difficulty turns fights in seconds. An easy encounter of weak enemies can shift in an instant when a powerful enemy one shot-KO’s someone on your team. The deaths snowball as Fates ramps up difficulty by surrounding you with dozens of enemies hiding in favourable terrain.

I never finished Fire Emblem: Birthright. After such a memorable Fire Emblem debut with Awakening, disappointment and fatigue ruined Birthright for me.