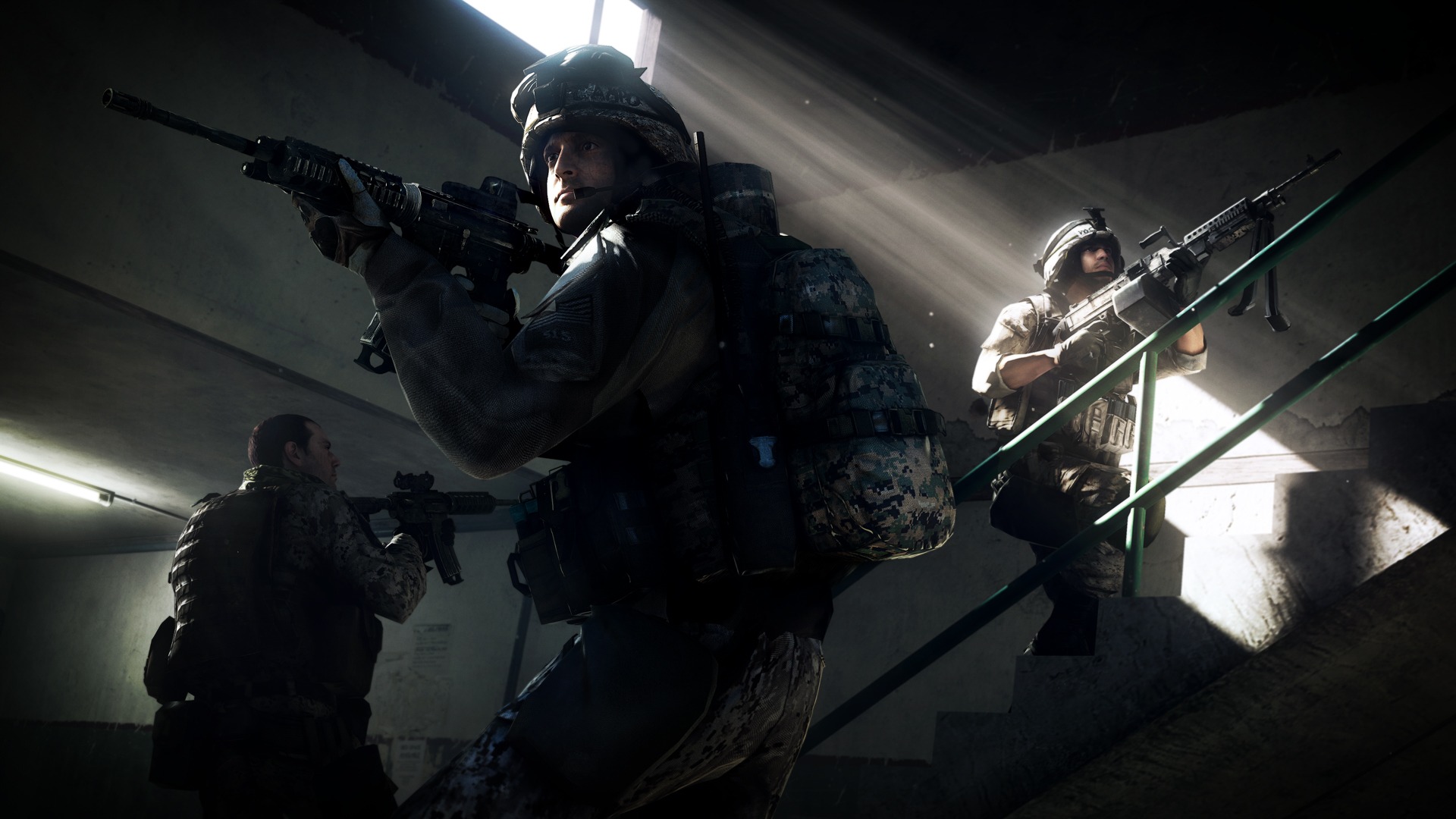 GDC has passed but has not left us without a few great trailers and previews, to feed our anticipation for the upcoming games of 2011. While one of them were leaked, the trailers that got me most excited belonged to Battlefield 3, mainly credited to the outstanding visuals. Based on the console life of past generations of hardware, we would have already seen what current three console producers had to offer to the consumer market. Based on what I see in forums and what I hear people discuss, the consensus seems to be that no one is ready for another cycle, something that I also was a firm believer in until I saw these amazing trailers.

You saw how awesome the Battlefield trailer was, both leaked and released versions. How the dust floated in the light, as the squad of marines traveled through the dark room leading to their objective. The most memorable leaked scene was the earthquake destroying the foundation of the building, which coincidentally happened to collapse in the player’s direction. It’s hard not to be awed at how awesome this game could turn out to be, and then you realize that it was played on a PC, with hardware that is five to six years more advanced then what you would see in an Xbox or PS3.

Sure it looked amazing, but how will a PC focused game such as Battlefield 3 translate to old console hardware present in the boxes that millions of people play with today. I play my consoles all the time and I don’t have a problem with the quality of the visuals or the mechanics of the games, though is it common that the hardware limitations hinder what developers want to achieve? While not the best example, I was playing Dragon Age 2 recently and noticed that at the peeks of the battles or during a camera pan of the environment, the frame rate was dropping to points where it was difficult to follow what I was inputting, since there was a delay on what was being displayed on the T.V. With up to date technology, maybe there wouldn’t be frame rate drops, instead there would be clarity thanks to the 60 frames per second.

Even looking at the most basic features of these HD consoles, you notice that none of them output a picture in 1080 P, leaving our LCDs and LEDs not used to their full capabilities. Not even all of the consoles are HD capable, if you include the Nintendo Wii which is in a console race with two other systems that have immensely better technology; even if that technology is dated compared to what is available now in PCs. If anything, the Wii was dated the moment it launched, despite having a motion controller that no one has ever successfully implemented in homes. To be fair, majority of Wii owners aren’t reading video game blogs or following what new trailers are coming out of GDC, so the technology isn’t much of a concerned.

There’s nothing wrong with the hardware we own or are available to us, but when we begin to see what the generation leap has to offer, we couldn’t possibly be more ready. The longer Microsoft and Sony decide to extend the life of their current products, the larger the gap between PC and console power will become. Common misconceptions are that as soon as the next generation of hardware rolls in, the previous products becomes obsolete. With millions of users in the install base, it would be a terrible business decision to not continue support. The PC community is always welcoming of the technological advancements that help better their game experiences, and I think console owners should be too.