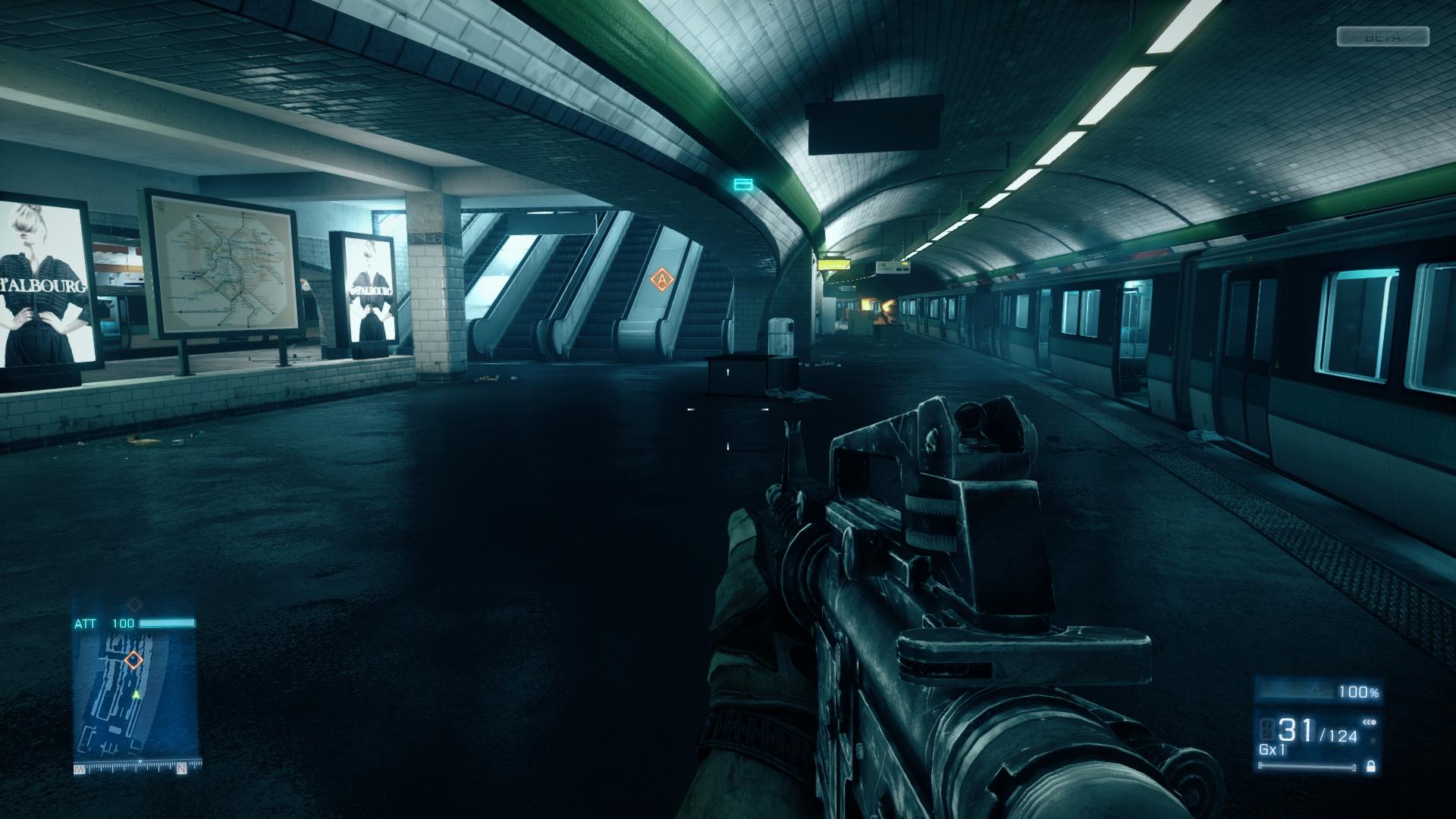 Battlefield 3’s a huge title this winter holiday, and for EA focus marketing on the small PC community where piracy has increasignly become a problem for developers, isn’t the best approach when the goal is to sell copies reaching seven figures. However, their choice to keep absolutely quiet about the console versions almost as if they didn’t even exist, to focus on the outstanding visuals Battlefield 3 offers on PC, has created an enormous amount of hype that cannot possibly be satisfied.

The biggest mistake EA has made thus far was releasing the Battlefield 3 beta to the public, allowing players to finally have an actual taste of the game they have been fantasizing about for months.

Usually betas and demos are released for the purpose of exciting the player base, getting those excited players to encourage their friends to also get in on the limited time high octane action. That’s exactly where the problem lies with Battlefield 3. It sounds evil on my behalf, but people should not be able to play Battlefield in their homes until the game launches and they have already spent their money. An ad campaign where the consoles community has been ignored since day one should have stayed that way. The promise of photo realistic graphics became the way one would see the game, not the seemingly unimpressive slower frame rate running console version millions of people are playing. And funny thing is, Battlefield 3 doesn’t look bad at all, it just looks dull compared to what I – we have been trained to expect with the PC version.

Visuals won’t mean anything if the game actually plays well, and to be completely honest, after playing the beta, I was not at all impressed. There is usually an overwhelming excitement when you finally drop into a game that you have been consistently reading about or watching whatever videos that have been posted, but I didn’t have that feeling. I was underwhelmed initially by the lack of visual power my Xbox could output, then later by the way too familiar military shooter feeling of running to an objective and emptying my rifle on whatever was moving.

I couldn’t get excited about the game, the way it felt to run through the bushes up and across hills, shooting the other team in open areas or down subway tunnels, it was all just very simple. Spotting an enemy and laying him down felt like a fluke. I often found myself just shooting in the general direction of the enemy and after what seemed like 2 bullets, he dropped dead. 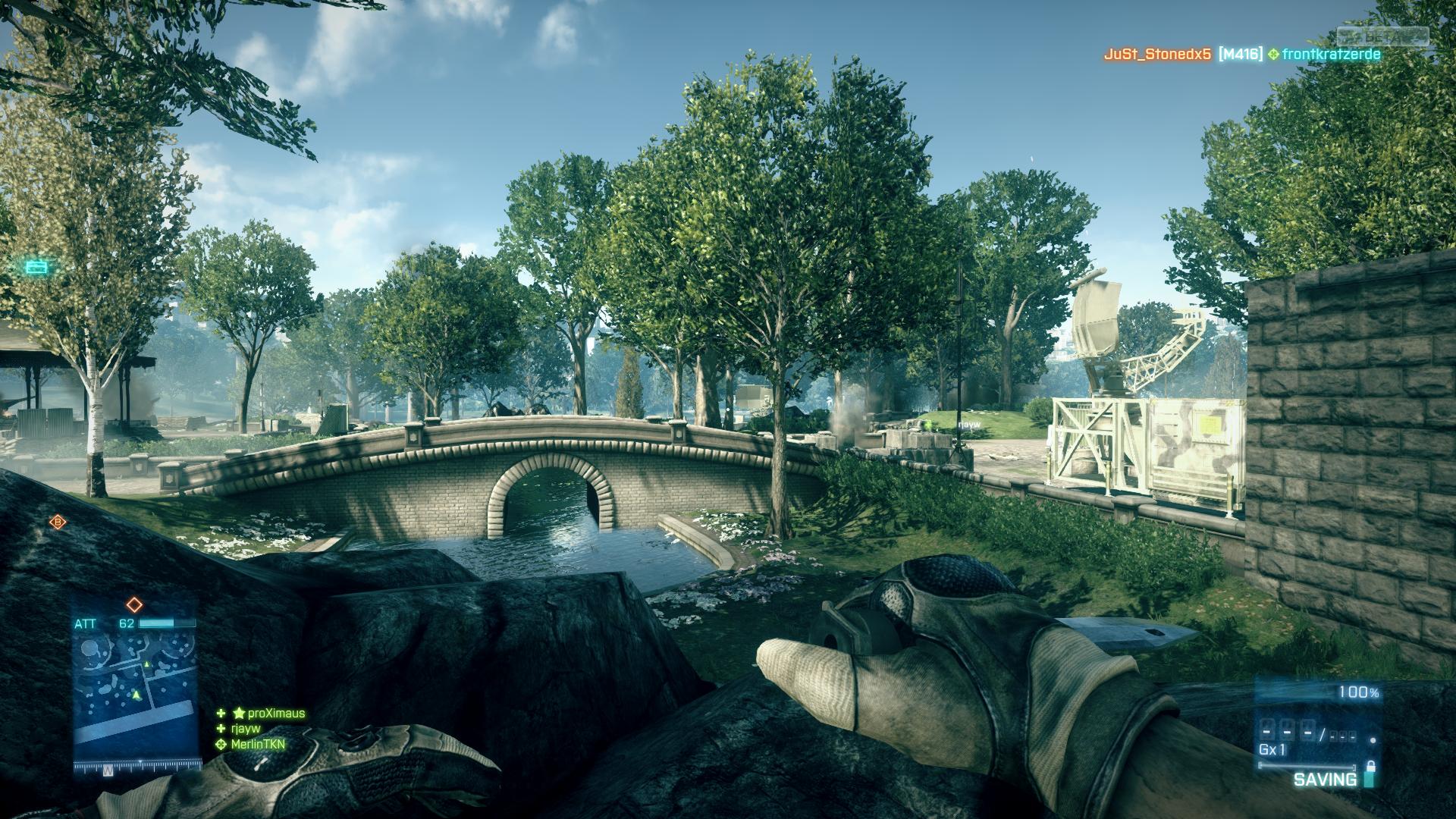 To further sour my experience, the beta’s significant amount of bugs and clumsy interface with menus buried within menus, didn’t at all help its argument. Bugs are to be expected with an unfinished product, so I looked past the odd moment where I couldn’t continue my sprint or scope in with my gun, but at the beta stage of a game, the stage leading up to the final product, falling through the floor is not at all acceptable. Falling through floor is alpha stage type problems, especially when the floor is highly populated because it lies directly underneath the objective, not some piece of land far off into the corner of the map.

There are articles currently circulating that are defending the game, promising that the beta build was much older and that newer builds that have already addressed known issues. Alongside the fixes, an improvement to the gun handling was guaranteed and that signature Battlefield experience where teamwork prevailed is very much present in the newer versions. The editor was probably being honest or just defending the game which he loves, it can be viewed either way, but what can’t be fixed is the lasting impression of the beta.

Bugs can be fixed. User interface can be more accessible and unearthed. What can’t be addressed are the expectations I currently hold and the amount hype created from the wonderfully looking trailers and gameplay snippets. I don’t want to go down this road but we all know it’s trying to compete with Call of Duty, they even said so themselves. If they want me to put my $60 towards their product, they must provide a great reason for it. After weeks of thinking about it, that reason does not yet exist for me, or my Call of Duty enthusiast friends. We were all excited, how could you not be with graphics so awesome and atmosphere to tense, yet we all left beta disappointed, not at all wanting more Battlefield 3 in our lives. Releasing the beta was a mistake, a mistake that EA might hugely regret in the coming weeks.