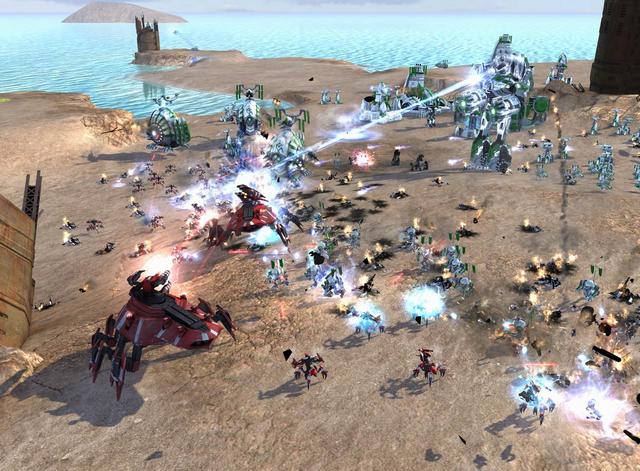 I would never have gained any type of interest in playing any RTS game if wasn’t for Halo Wars, which successfully transitioned RTS games to consoles. Even though I did put over hundreds of hours into the multiplayer and successfully gained the General rank; I was looking for something that wasn’t so simple and restricting with the base building. Supreme Commander 2 seemed that it would provide more freedom, and also have more than just 3 units to build an army with. Supreme Commander lets you build what you want where you want; not on a predetermine piece of land that Halo Wars was structured around.

As expected, Supreme Commander has adapted the control scheme from Halo Wars — which was the right choice since it works so well. Feeling like a veteran with this control scheme in place, I jumped into the campaign to eventually lose interest since all I care about was playing multiplayer. I appreciated the freedom of building and the amount units to choose from; however, a skirmish mode or online match would have been more appropriate for what Xbox Live users are looking for from a RTS.