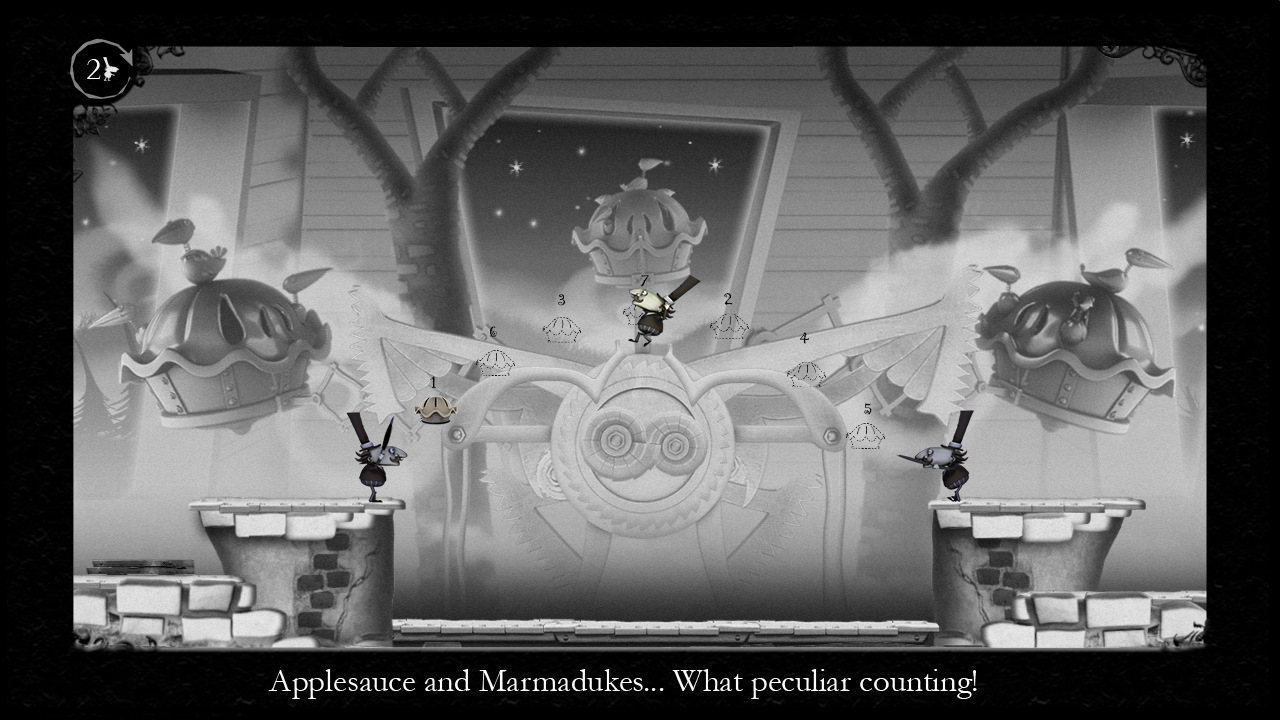 During the “Perils of summer” Steam Sale, The Misadventures of P.B. Winterbottom was listed for $2.49, which was a low enough price for me to purchase it. Aside from the few screenshots that I saw, the only thing I knew was that it was a puzzle platformer where you could manipulate time.

You play as P.B. Winterbottom, a notorious pie thief who gets trapped in time after perusing a certain pie. The story is intriguing but odd, and everything around you is in black and white, except for the pies that Winterbottom only seems to care about. What is also weird and not out of place is how the story is told. Between levels, a hand drawn still image with a short poem is presented, and sometimes you will laugh after reading not because it was funny, because it was just plain weird.

Each stage has a certain amount of pies that need to be collected in order to continue, but I think I would have preferred to reach the end of a level rather than collect pies. To help you on your pie collecting adventures, you can record yourself doing something, which then translates into a clone that loops the recording.

Winterbottom allows you to be creative when you approach a puzzle, but more times than I would have liked, you get the impression that you didn’t solve the puzzle by thinking, but solved it by continuous trial and error. Though the cloning aspect of the game will change as you progress, it’s doesn’t create the desire to play the challenge levels after you completed the main story.

The Misadventures of P.B. Winterbottom is short and satisfying experience for just $5, however; it’s nothing that will amaze you when you start playing it. Aside from a few difficult levels, it’s not the hardest puzzle platformer you will play, or the most exciting one at that. For only a few dollars, Winterbottom will keep you occupied, but just until the atmosphere and cloning mechanic becomes second nature.