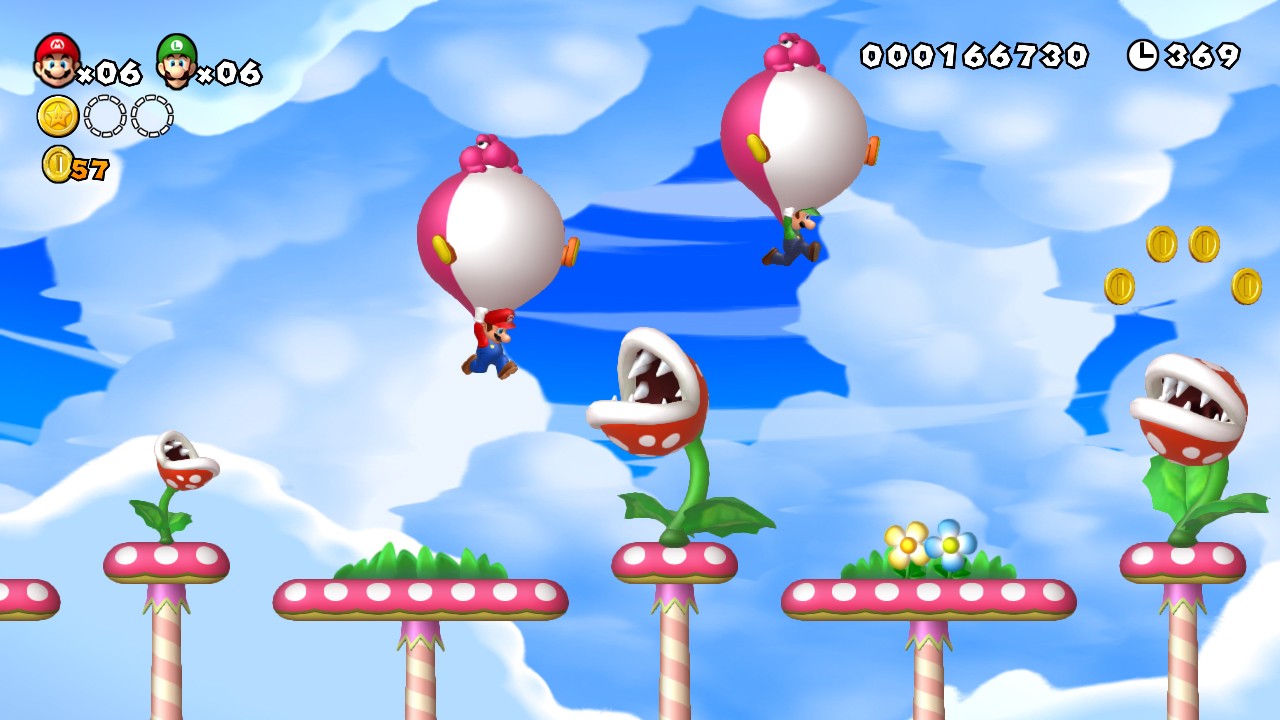 Placing a “New” label before the title “Super Mario Bros. U” is a lie. Four games ago, when the New Super Mario Bros. franchise first appeared on the DS, the return to Mario’s 2D side scrolling roots felt like a new experience, although a familiar one.

With a brand new console to allow Nintendo’s first venture into the HD era, expecting a different Mario experience, even at launch, does not seem like an unreasonable expectation. Despite new hardware and expanded limitations, New Super Mario Bros. U recycles the old ideas belonging to the 3 previous “New” Mario titles and creates one uninteresting, but familiar, Mario game.

Mario, like always, needs to save Princess Peach from the unruly hands of Bowser.

Previous New Super Mario Bros. games placed each level on a linear map layout leading to Bowser’s Castle. In NSMBU (New Super Mario Bros. U), each world hides secret levels or shortcuts to other worlds. Discover a shortcut and you can easily jump from the deserts of the 2nd world to the jungles of the 5th. With only eight worlds however, I wouldn’t advise skipping over all of that content. Shortcuts may only cater to those who might want to speed run and complete the game as fast as possible, not someone who looks to clear each world.

If you run into a difficult level that eats away at your lives counter, the Miiverse can provide some assistance. The Miiverse acts like an internet forum or Twitter feed. Players can post messages and drawings (helpful or not) dedicated to specific games and specific sections. On the world map, user created messages will hover above levels offering a piece of advice, a drawing or a comment. 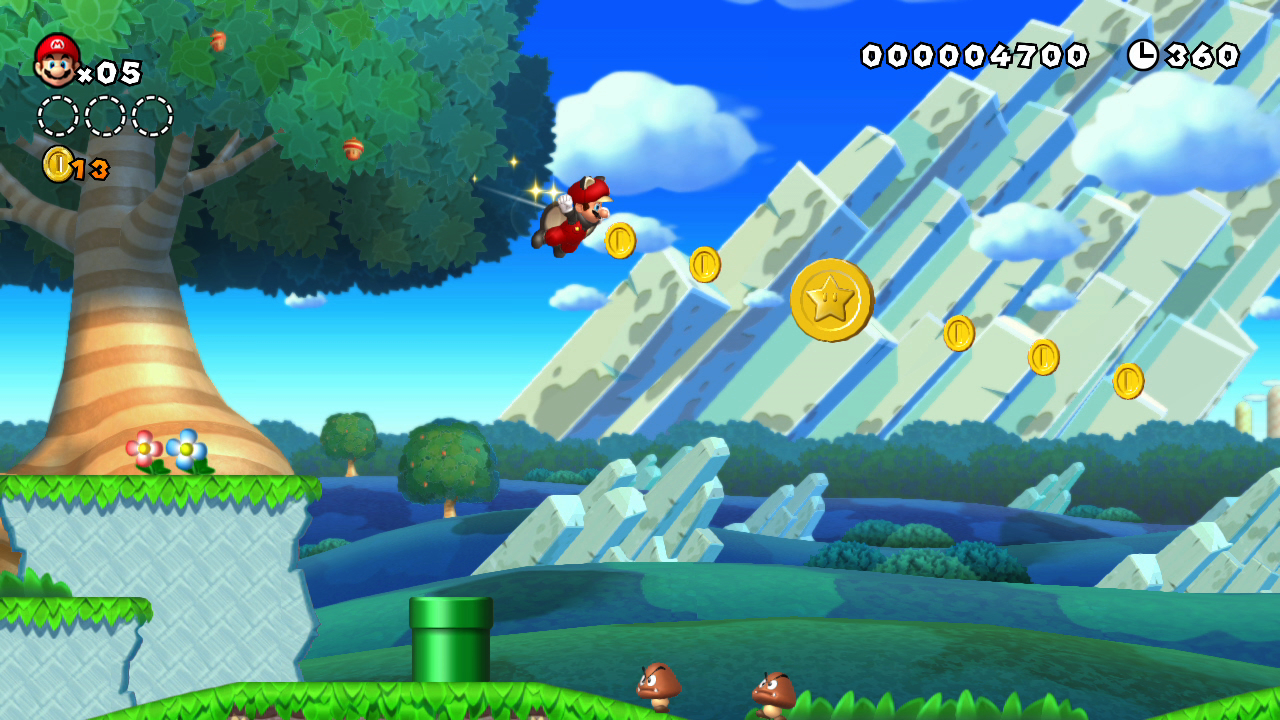 I appreciate the impressive Goomba someone drew, but the drawing won’t help me find the last Star Coin hidden away in that level. In Demon’s Souls, stumbling upon a message warning of the ambush ahead became something I really valued. Miiverse posts rarely shared any useful information and I ignored them more than anything else.

With the implementation of the Miiverse, the lack of online multiplayer once again leaves me ultimately confused. For a game so similar to previous iterations, the ability to play Mario over the internet would drastically change the game. Nintendo continues to push the family participation aspect of the Wii U with its “asymmetric” gameplay, but also neglects the core audience on a device they claim capable of fully functional multiplayer. I question if we will ever see Nintendo devices and games reach the level of connectivity that Microsoft’s and Sony’s platforms currently thrive on.

The lack of online multiplayer represents another missed opportunity. The always clever level design of NSMBU (unless you make time for couch co-op and don’t mind using the awful Wii remotes) will force you to see each brightly coloured and deliberately structured level alone.  With the Miiverse messages on the world map, the pop-up prompt often asking for a personalized message, and the push towards asymmetric play, only further supports that maybe you shouldn’t play Mario alone. 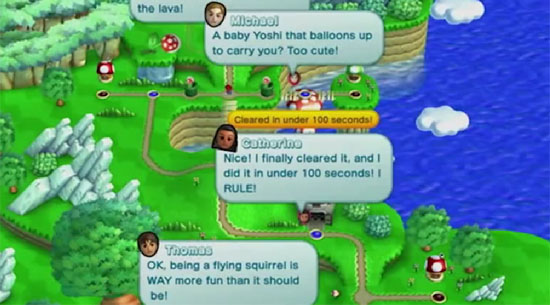 I struggle to think of a legitimate reason as to why Nintendo chose not to include online multiplayer. Considering how rote each new “New” Mario iteration becomes, the actual inclusion of something new would completely change my perspective of NSMBU.

Time trials and specific challenges such as accumulating lives – somewhat new to Mario but not new to platformers in general – will require patience and skill to achieve high scores. I don’t particularly enjoy the trial-and-error that most of the time trials and challenges warrant, but I can see people often redoing challenges in hopes of a gold medal.

When looking at the WiiU launch line-up, New Super Mario Bros. U will guarantee a safe purchase, but don’t expect much innovation or surprise. Mario’s cost effectiveness during development because of reusable art assets and an already established game engine, makes the production of NSMBU a great investment for Nintendo, though I hesitate to say the same for buyers.