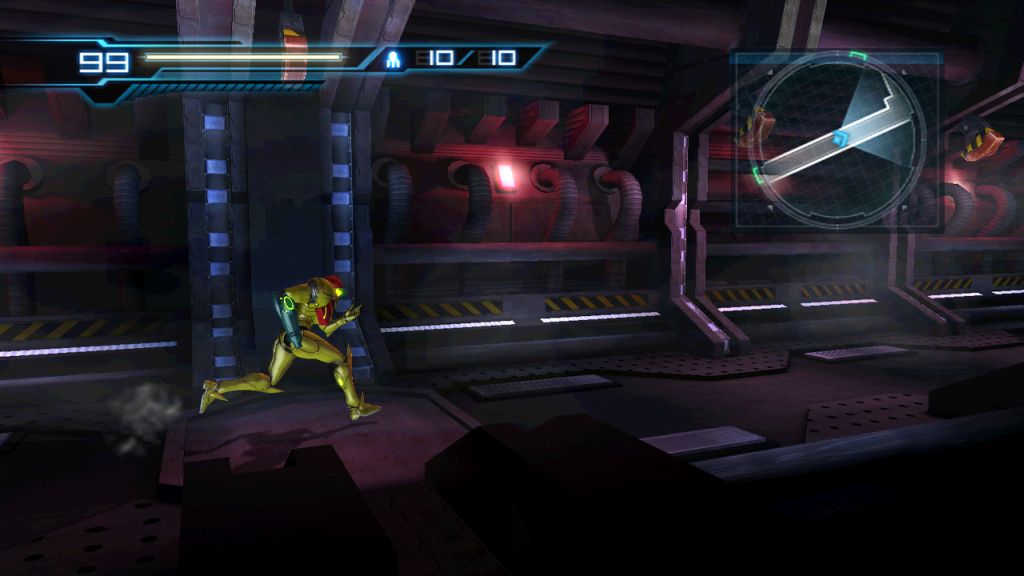 What Nintendo is not known for doing is bringing change to their core franchises. I have always been a supporter of new and fresh ideas in the established franchises such as Zelda and Mario, but many people don’t mind the same structures a lot of these games still follow. Although many cringed or were furious at the idea of narrative and voiced characters in Metroid, I was excited and behind Nintendo 100%.  The fact that Nintendo got the third party developer Team Ninja to develop a 3rd and 1st person hybrid Metroid game shows Nintendo is willing to try something different. Team Ninja’s approach to make Samus a vocal character, along with fast paced action provides a unique memorable experience.

Metroid Other M begins after the events of Super Metroid, so it may be hard to follow if you never played it on the Super Nintendo. I was disappointed that they decided to create a story surrounding previous events, and not strive for a more original one. The dialog between characters isn’t amazing, but it is good enough to understand each character’s personality. Samus’ personality doesn’t suit the way she looks, or the way she brutally kills her enemies. You would assume that a bounty hunter is tough and will kill if the reason is justified, but Samus is mostly melancholic. Similar to Lara Croft, it is hard to take Samus seriously when her body parts are overly disproportional.

Although voice acting and narrative might not be the best new thing to the franchise, the combination of first and third-person action is incredible. The misconception is that Other M is on a 2D plane, but in reality you will control Samus in a 3D environment with fixed camera angles. Moving the controller from the horizontal position to pointing at the screen will change the perspective to first-person. It may be frustrating at times when the game doesn’t understand you are trying to target the object in the distance, though the combination of different perspectives, a generous dodge move and awesome finishers is what makes Other M’s combat the most enjoyable in any Metroid game.

Since the Prime games are what I have played last, I began Other M with the frustrations that I carried over from past experiences. Backtracking was extremely annoying and tedious, and every Prime game I played, I must have spent half the time walking around trying to figure out what to do next. Other M is a more linear experience than the Prime series and while there is backtracking; it didn’t annoy me nearly as much. Your next objective will be highlighted for you on the map, though it doesn’t take away from the exploration. 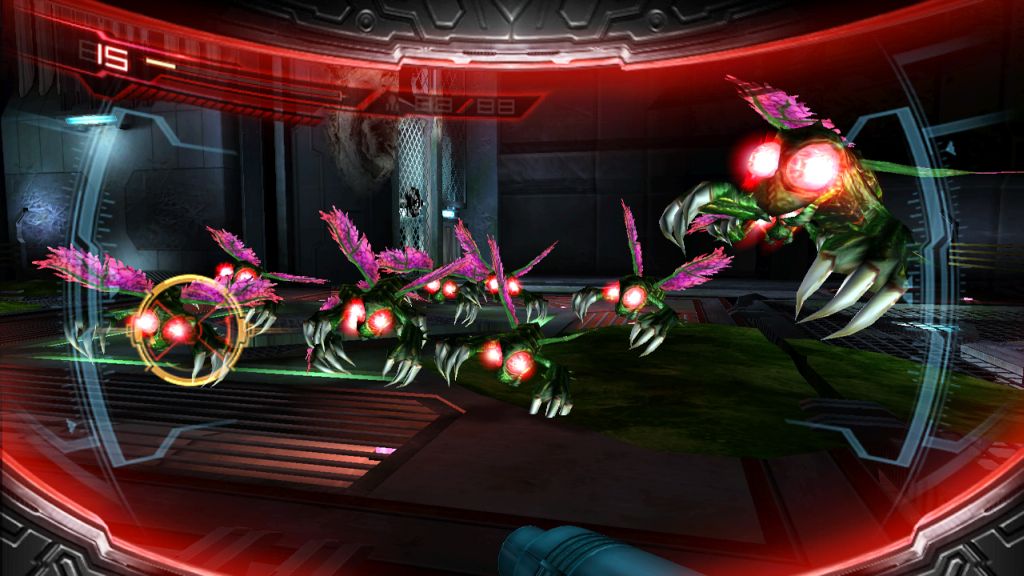 Removing frustration from a game is always a positive, though introducing new frustrations is not. Every so often, you will be forced in first-person to scan a piece of the environment in order to trigger the next scene, but it becomes exactly like a point and click game where you will move the cursor everywhere until something happens. All of these forced scanning moments are just so boring, that I wonder what Team Ninja was trying to accomplish with it. To addto the negativity, Other M has the slowest start of all Metroid games that I have played. For about the first 2 hours, I could only play short sessions before I actually sat down for longer than 30 minutes.

The story and a voiced Samus was what I was most excited about before playing Other M, and it’s unfortunate that those things ended up being my least favourite part of the game. Stellar combat performed by the unique controls is what makes Metroid Other M such a different experience. I was a little burnt out on the Prime games, and to play Team Ninja’s idea of a Metroid game was refreshing. A slow start and forced moments of scanning are a few of the things that hinder the overall experience of the game, but that doesn’t mean Metroid Other M isn’t a worthy installment in the franchise.