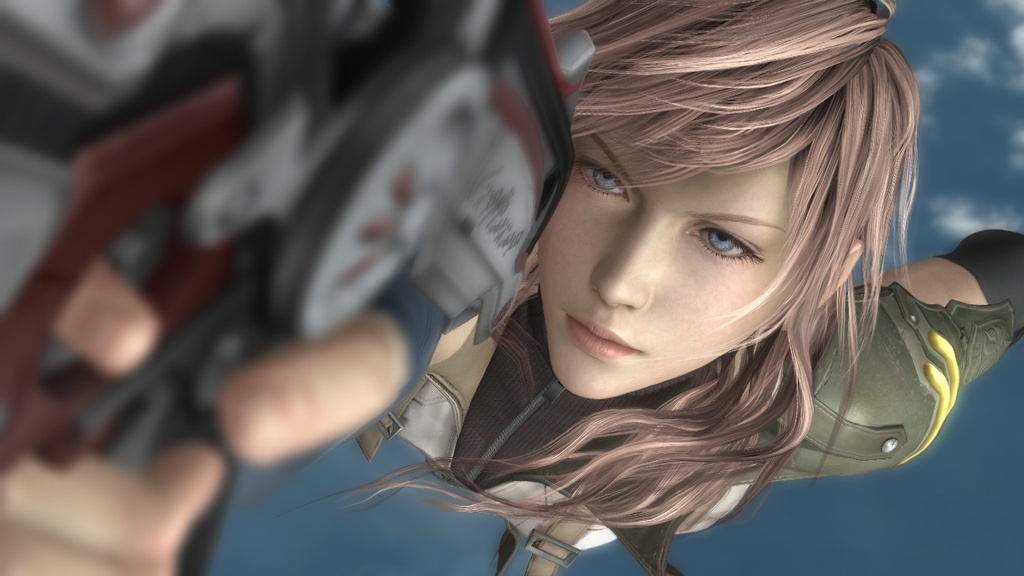 One of the least appealing genres in North America is the Japanese RPG, because of the turn based battles systems and Japanese influenced art style. Final Fantasy XIII aims to bring more accessibility to the genre, still catering to the JRPG enthusiasts. Final Fantasy XIII succeeds in trying to be a modern RPG, but unfortunately its poor structure makes great moments a boring repetitive grind.

Without revealing details and possible spoilers, Final Fantasy’s story is one of those save the world type deals. Square Enix does a great job unraveling details to the player, and they have also included a Datalog which is full of information and summaries of past events. Although the cast of characters ranges from preppy teens to super serious adults, most of them don’t meet the description of your typical JRPG cast, which is something that is usually the worst part about this genre. Aside from the cheesy fist pumping, abnormal hair colours and awkward collapses from disbelief, the protagonists are pretty normal.

The structure of most of the chapters in Final Fantasy follows the same series of events.

The first quarter of the game never steers away from this structure, so I wouldn’t be surprised if most people just give up and move onto something else.  With the absence of towns and side quests, there is nothing to break the linearity of the levels. Later in the game things do open up giving you the option to do some optional missions, but these missions are all about hunting down a certain monster, so this doesn’t help to solve the repetitive nature of each chapter.

Although I do appreciate always knowing what to do next and where to go, some more options or variety in the levels would keep things fresh. Since you will constantly be switching between characters in the beginning, it develops an understanding of their motivations and personalities. While this is important to the story, it takes way too long before things finally get somewhat exciting.

Even though it takes a while for things to get going, Square Enix managed to create a fast paced battle system that is only turn based in name. The ATB (Active Time Battle) is a segmented gauge that is consumed when commands are chosen. While standing, the gauge fills so you can continue to perform attacks or spells, as long as you have the required amount of segments.

The most interesting mechanic is the Paradigm Shift. Your party can only have 3 members active at once, so shifting between the different roles is important for survival. Paradigms can be customized to your liking, depending on Roles each member has learned. While you only control one character actions directly, I never felt like the action was too slow. 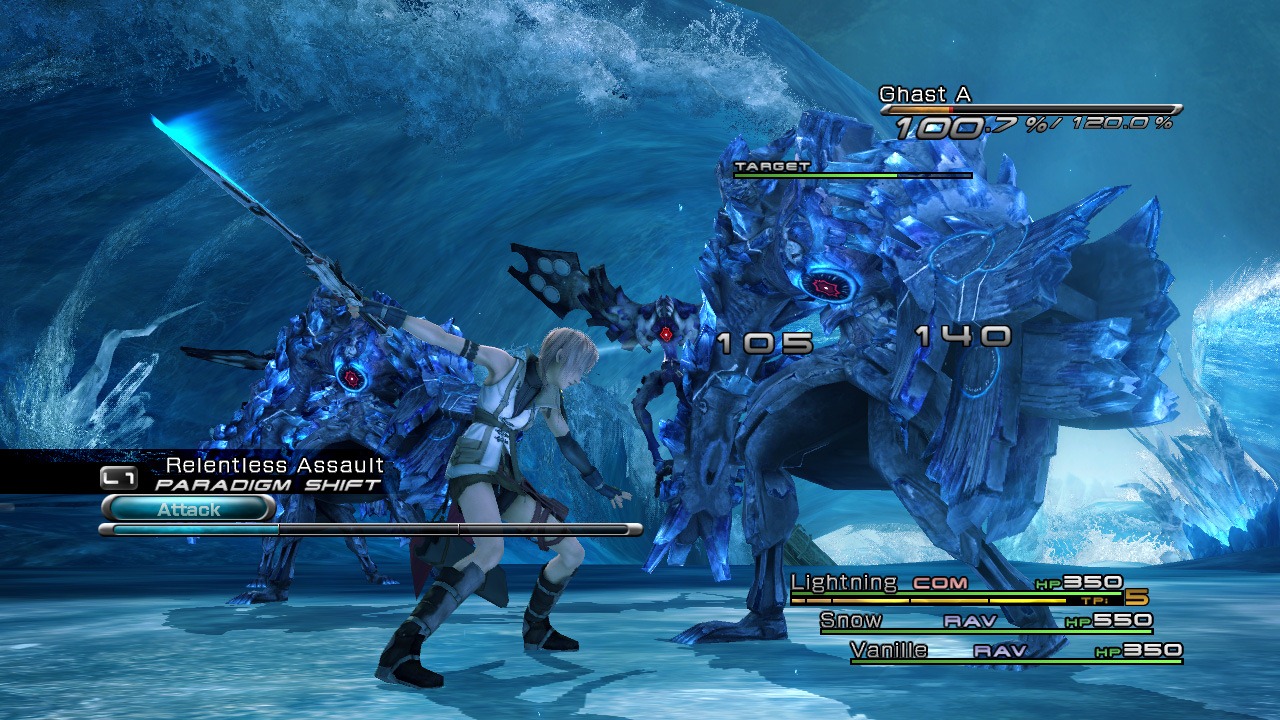 Roles can be improved through gaining Crystarium Points, then spending the points on the different stages on the Crystarium. While there are a lot of things to consider, Final Fantasy XIII does an excellent job with tutorials and explanations so you don’t feel overwhelmed. To add less frustration to your playthrough, whenever you die in battle, you can hit retry and start back to where you were before the battle initiated. This has to be one of the smartest things Square Enix has done for the Western market, and I applaud them for it.

Final Fantasy XIII is great for people like me who are looking for a way into the Final Fantasy series, or JRPG genre. Plagued by terrible pacing, linear and repetitive level design, Final Fantasy XIII provides an experience that could be alright for some, or just plain awful. Without patience or appreciation for the series, it will be hard to push through those overly long sections of running into enemies. I clockedin about 56 hours at the end, which is way too long for a game that doesn’t change much from the 3 hour mark. Final Fantasy XIII is not a bad game by any means; it’s just hard to label it as a game that everyone must play.