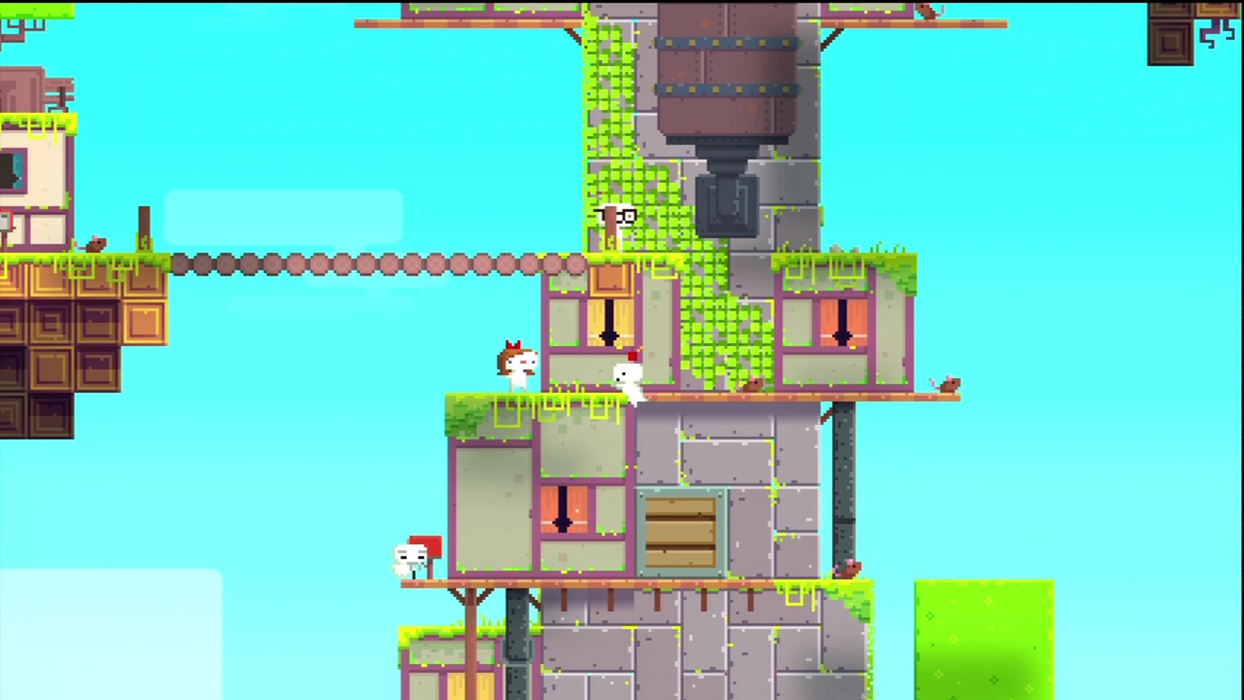 How could you not be immediately impressed with a game developed by 2 people? The time spent, money invested and sacrifices made in order to complete a video game, prove the difficulty in developing a successful one.

I often wonder about the indie development process and the reasoning for the implementation of certain mechanics, or the inclusion of a specific level. But once I stop thinking about the process, the size of the development team no longer matters – I am equally critical for each game. After playing through Fez twice already, the end game, the secrets accessible through the New Game + option, will only leave those who willingly invest their patience and time ultimately satisfied.

After living in a world only seen in one dimension, Gomez stumbles upon the ability to change viewing perspective of the world through his newly acquired fez hat.

With a pull of the triggers, the viewing angle of the 2D plane changes. Think of the perspective changes like looking at a cube. Staring at one side then turning it left or right, mimics the quick shifting camera in Fez. By changing the perspective, platforms reposition close to you, doors reveal themselves and new routes clear a path to continue forward. At first, the camera shift can be overwhelming, but a persistence to continue down paths already chosen will reward you at the end. 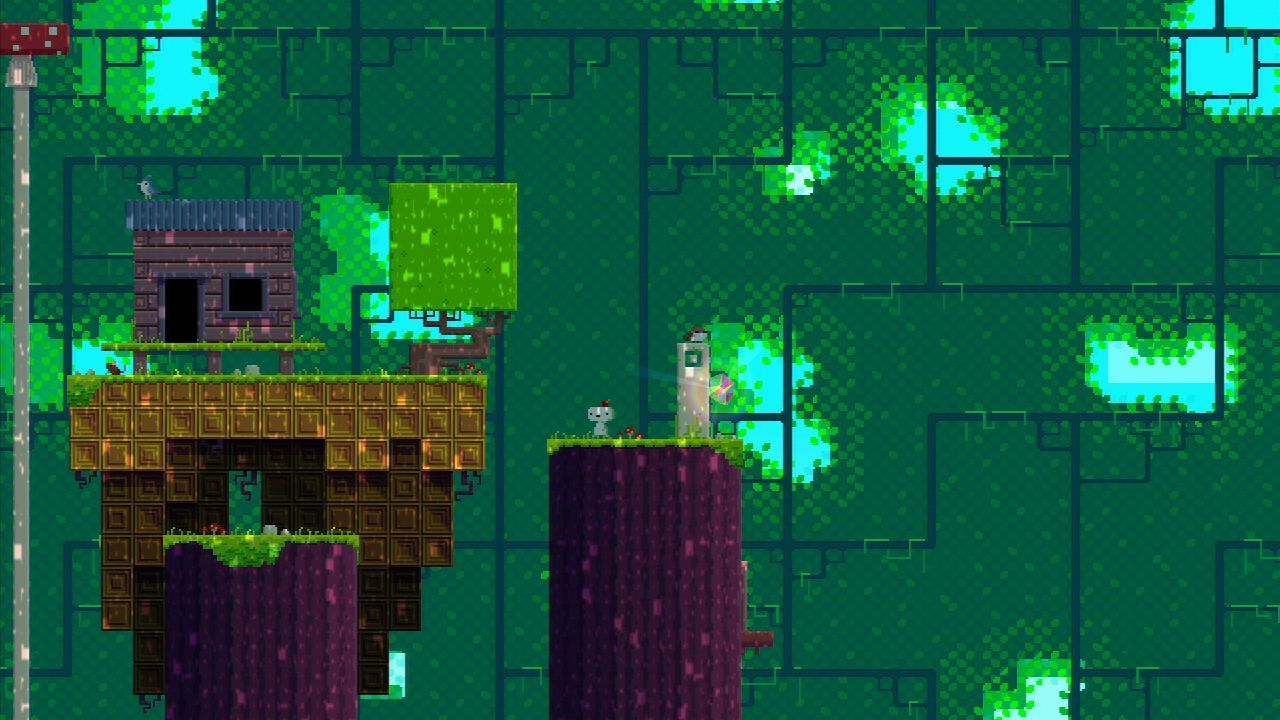 The reward, which also reflects the goal of the game, presents itself as whole cubes, cube bits and anti-cubes. These cubes – decorated with Tetris block patterns – cleverly hide in all areas of the world. To collect the cubes, you will either solve simple puzzles, nagivate platforms or climb buildings. The platforming provided no significant challenge as I played and primarily acted as form of navigating the world.

The lack of reward or feeling of accomplishment for successfully jumping to each platform became an issue later on. Jumping from platform to platform and climbing the same buildings over and over, became tedious – especially a second time. After my initial completion, I encountered a save bug (just one of the many glitches) when I started the New Game + mode. I then needed to complete the game again to make the New Game + option return.

Areas where you need to activate a timed switch to reveal a specific path defeated any motivation to progress. The large world of Fez feeds you with little details both necessary and decorative, but for me, the details didn’t suffice. I wanted something more out of my time with Fez, and the New Game + mode that I hoped would provide that, didn’t resolve anything. I enjoy the music, the wonderfully drawn pixel art and whatever creative levels I awed at as I shifted perspectives, but it just didn’t satisfy. 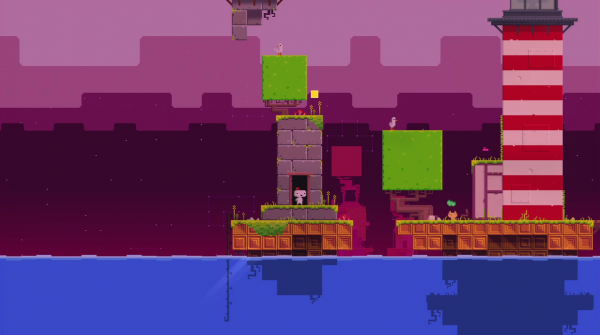 I didn’t care for the New Game + mode and all of the hidden cubes found through the decryption of environments. I couldn’t be bothered to tediously navigate the world in circles, waiting for a symbol or clue to spark an idea. I would play for hours and only uncover something small. This reward, if I can even call it that, never grew beyond something interesting.

Unless backtracking to find secrets or the process of meticulously taking notes of environmental details interests you, Fez will only provide an experience that will leave you with an indifferent attitude. The great ideas born from the concept of changing the viewing angle on a 2D plane, only set up for unrealized potential. Instead the challenge lies within uncovering numerical patterns and hidden codes implanted through the pixel art aesthetic. For those willing to invest the time, a fantastic game experience may exist within Fez, though I find the idea of environment decryption somewhat niche.