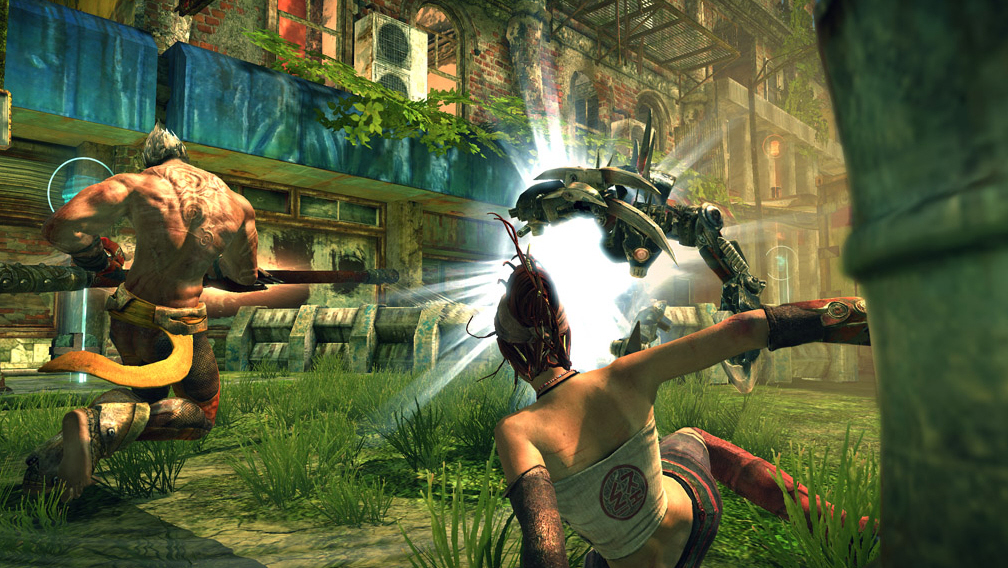 Releasing a new IP in the holiday season which is dominated by sequels can really diminish the possible sales of a game. With confidence, Ninja Theory is releasing their game this holiday season in hopes of being that hidden gem consumers discover. Enslaved is a game that focuses a lot of attention towards the story and its characters, and it shows. The motion captured cut scenes and dialog are fantastic, though the combat and traversal of this beautiful post apocalyptic world doesn’t exceed past ordinary.

Without revealing a lot of story details, the protagonist Monkey has been forced by a woman named Trip to help her on her journey to the west – forced by a slavers headband that allows her to control his every move.  Playing as Monkey you will be doing most of the brute work, though sometimes the roles will swap and Monkey will lead, while Trip listens for her next order.

The development of these characters is interesting, and their different personalities creates some clever and funny dialog in situations that are even life threatening. Subtle facial expressions and short sections of dialog go a long way when experiencing this very personal story, and though it would be great to see more of its social interactions between playing, there is more than enough in this 8-10 hour game.

The best sequences in Enslaved are at the beginning and end because it blends all of its gameplay components into one scene. The rest of the game is structured in way a where it cycles through components such as the traversal of the environment, melee combat, and shooting; avoiding repetition.

What drew me to Enslaved in the first place was climbing up and across the beautiful overgrown buildings and structures; however it doesn’t feel like you are doing anything. Hand holds and pipes are highlighted showing you your path, and as long as you’re holding the left stick in the direction of these highlighted objects, you can just keep slamming on those buttons. 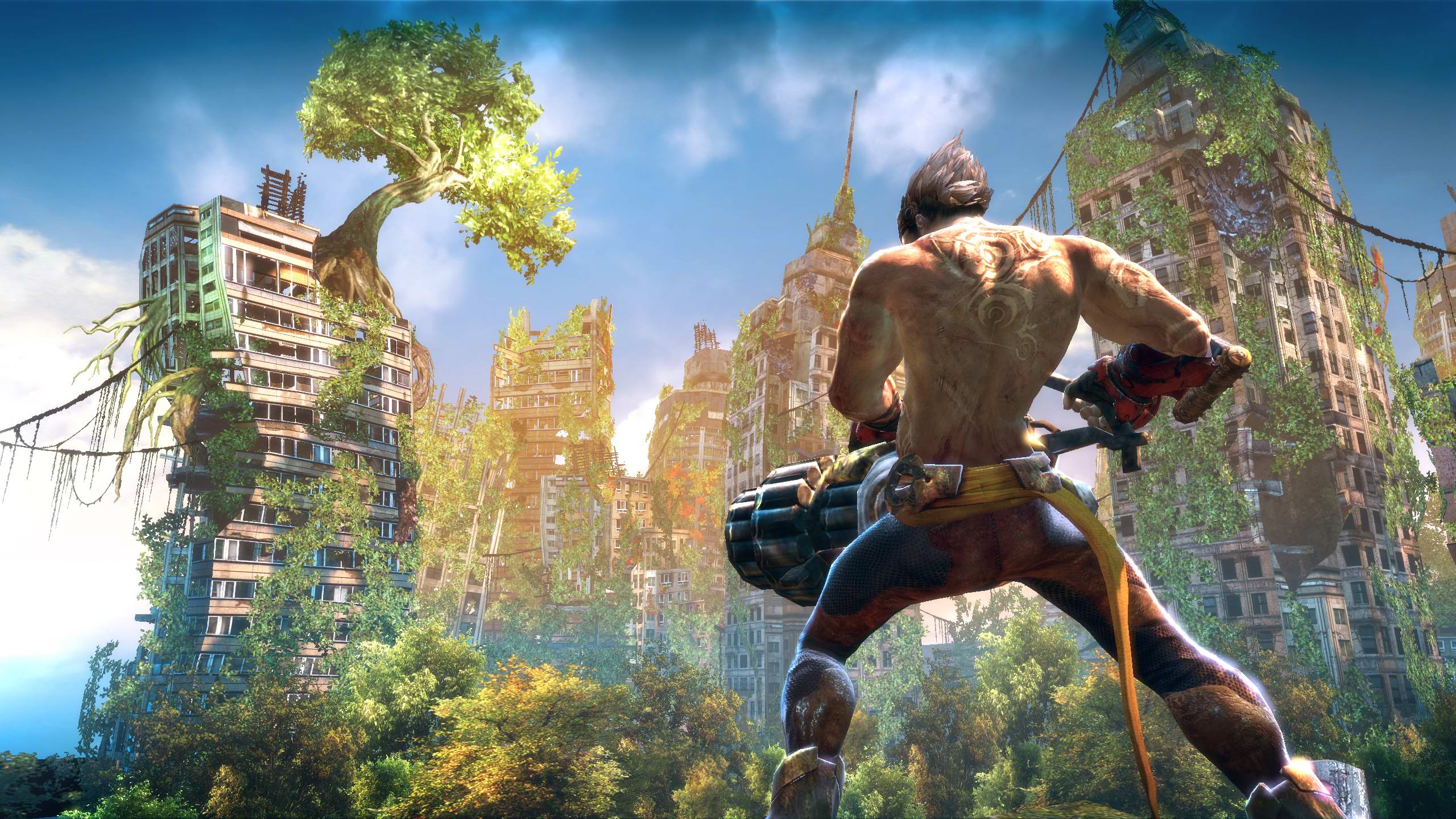 The melee combat is short on combos and doesn’t evolve much from when you first use it. During intense battles with multiple enemies, the camera fails to keep up with the action forcing you to stop and reposition it. Camera control (like other things) seems like it was worked on to the point of just functioning.

More often than not when I was fighting near walls or tight areas, animations would put half of me and the enemy inside the wall, which broke my concentration whenever I was mentally invested. While actually playing Enslaved isn’t ground breaking or revolutionary, it provides enough variety so the player remains engaged.

Despite Enslaved’s shortcomings in gameplay, the story and its characters give a reason for the player to continue forward and witness the great ending. Since the game concentrates on a lot of other aspects besides the actual mechanics, I wouldn’t recommend it for players who are looking for a challenging platformer with a deep melee combat system. The journey Enslaved takes you on is an emotionally exciting one to watch, but not so much to play.