“Dragon Age Origins” provided an experience that originated on PC, so the complaint of the combat feeling shoehorned onto the console versions is understandable. I didn’t see anything wrong with the pause feature that interrupted the flow of play, and I couldn’t think of anything to add or fix to the combat or radial menu, that would result in making it “better”. I thought it was implemented just fine and rewarded those who took the time to understand the proper positioning of characters, and the most effective combination of Tactics. A lot of reviewers will say the combat has much improved in this sequel, when it actually hasn’t changed at all; they have just mistaken the improvements for the lack any challenge. Two years is a long time, and the shorter but common development time spent on this sequel is not a sufficient excuse for why it is an excruciatingly dull, story driven game.

During some encounters I had a really difficult time keeping my party members alive, since I would constantly have to deal with waves upon waves of recycled enemies. I know I am capable of taking out the Boss or the toughest enemy in a crowd, but the way the levels are designed and the large amount of disposable enemies sent at you to act as a distraction, created a difficult environment to focus in.  Also most of the environments are narrow or too large, and that feeling of working as a party is lost. In the large areas your party members are spread out too far, and in small areas everyone is bunched together, lost in the random explosions and flashy visuals of the spells. I was often bored while playing “Dragon Age 2”, and the switching between characters, queuing up of abilities and the constant tinkering of the Tactics that made “Dragon Age Origins” so memorable, was replaced by mashing the main attack button, while mixing in a few abilities or spells to clear the clustered enemies.

If my explanation of “Dragon Age 2’s” combat has not yet convinced you that your time should be spent elsewhere, maybe knowing that there is no story is a better reason. “Well that’s impossible, how can a “BioWare” game have no story!” you say. Well if I had to pick something that resembled an actual plot, then it would be the constant conflict between Templars and Apostate Mages. You will often be picking sides based on your actions and choices, and it affects the way people in the game view you. I picked the mage class so I was automatically against the Templars – unless I wanted to throw myself in jail – and my Mage party members loved me. Now if you pick Rouge or Warrior, you will have to pick a side that supports your sister as an Apostate Mage, or the side that goes against her. Now as a Mage I already found it hard to really care about this conflict, so I can’t imagine how bored someone must have been if they chose the Warrior or Rogue class. This conflict is often brought up throughout the story, though it never felt like it was building up to anything grand and worth waiting for. 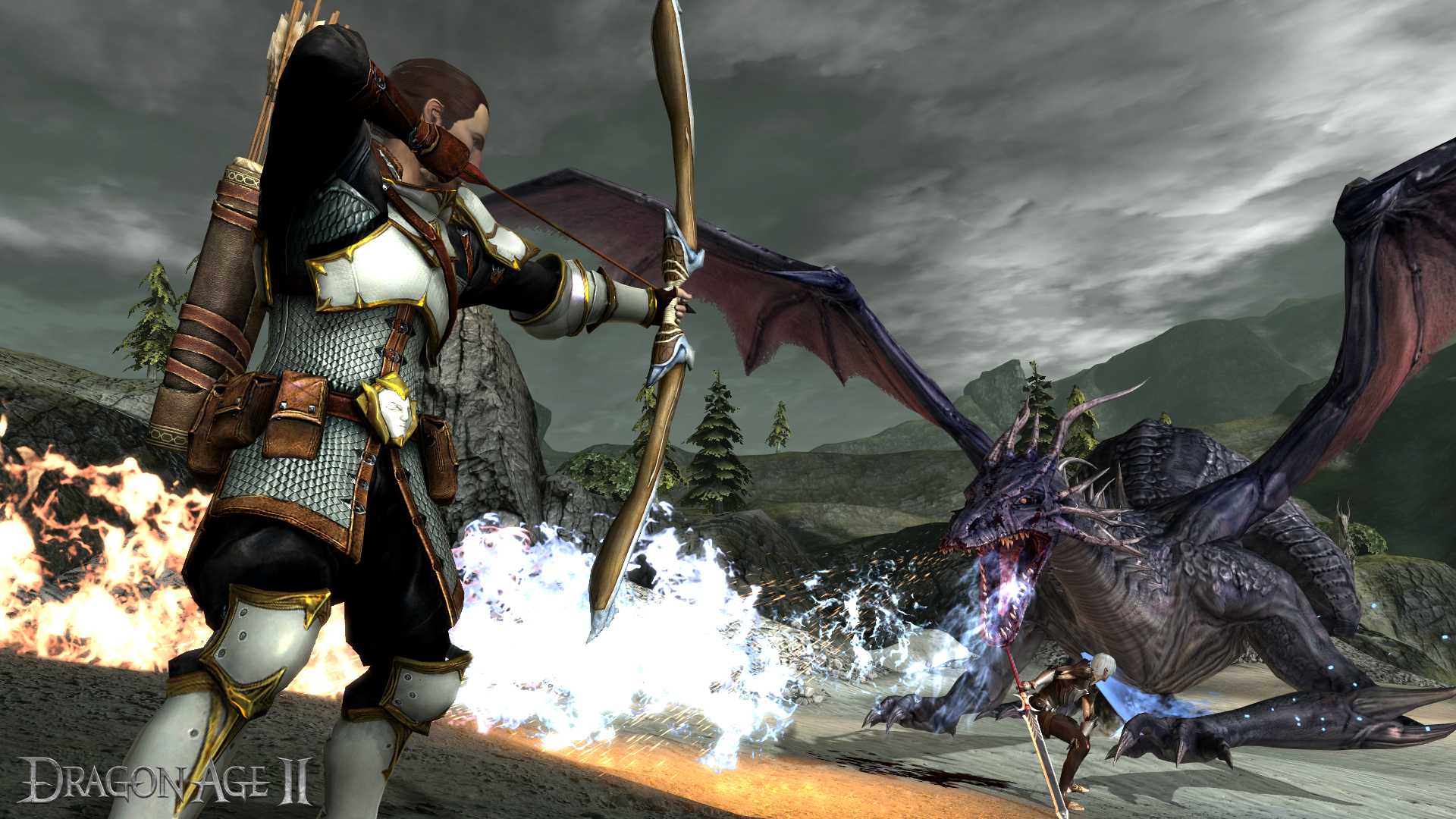 I didn’t care much while playing “Dragon Age 2”. I didn’t care about the “plot”, or my jealous in game brother with daddy issues, or all the unnecessary alterations and additions. I did somewhat care about the characters, the only thing this game actually did a good job with. But saying a “BioWare” game has good characters, doesn’t reward them with bonus marks anymore, it has become an expectation only since that’s what their reputation consists of. Most also know “BioWare” as a studio who delivers quality games, and when a cut sceneloops again and again, or weapons all share the same generic name of “Dagger”, “Ring”, or “Belt”, you can’t help but feel that “Dragon Age 2” was a rushed product with a sole purpose of improving publisher “EA’s” fiscal numbers.

What was always great about “BioWare’s” characters was learning about them, seeing where they came from and the problems they lived with. A lot of that is gone in this game, and replaced with a central meeting place where you would gather most of your party members, which is conveniently named Kirkwall. Kirkwall is a large but confined city, with very ordinary looking structures, buildings and obviously places walls. Everything is covered in desert sand and continues into the other parts of the city, which are loosely connected by the map brought up when leaving or entering another area. You will spend majority of the game in this city, apart from a few forests and caves, all of which are repeated over and over again. With the option of exploration eliminated from the game overall, following the linear forest path and going through the twists and turns of the same warehouses or hideouts was never fun.

“Dragon Age Origins” was such a memorable game that introduced a familiar but different style of combat, however those great moments never came up again in “Dragon Age 2”. The approach of streamlining certain portions of the game in order to appeal to the masses isn’t always the right direction for the already established fan base, almost unneeded if you look at other complex RPGs such as Fallout, which still manage to sell very well. Near the last quarter of the game, when my party and I entered the same warehouse for the 5th time, my companion Varic asked, “You have been here before haven’t you?” While laughing, I turned to my computer, opened the web browser, and looked up how much credit EB Games would give me for trading in this disappointing game that is unfortunately a sequel to a far better experience.