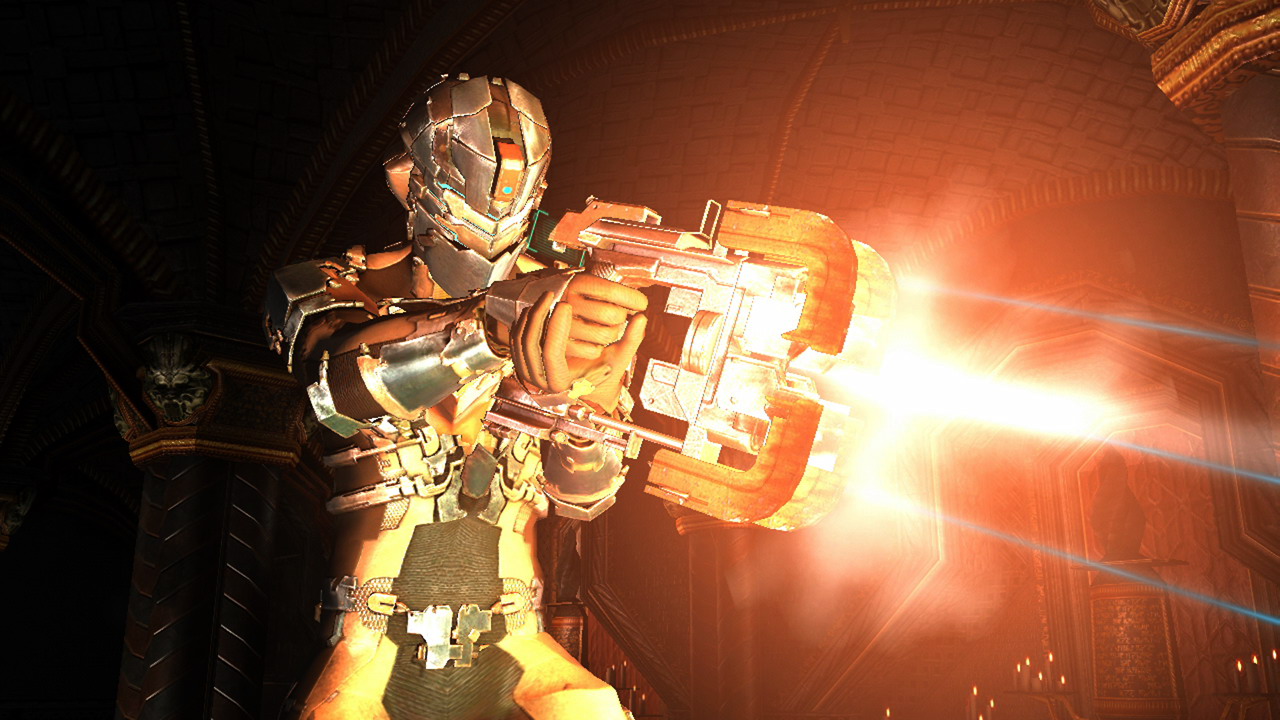 Dead Space and Mirror’s Edge were part of EA’s new strategy to bring new IPs to the forefront, instead of just making numerous unwanted sequels to a lot of their tired franchises. Both were great games with new experiences or ideas, but Dead Space proved to be the most successful and well received amongst the two (I enjoyed Mirror’s Edge a lot more but that’s just me). It didn’t reinvent the story telling in video games, it provided a story with a beginning, middle and end, enough to give a justifiable reason to dismember Necromorphs and upgrade your equipment. But because Dead Space had a generally conclusive ending, the reveal of a sequel was as questionable as when BioShock 2 was first announced a few years ago. It was a complete experience with no game breaking glitches or ridiculous plot twist like your wife was your arm, it was – is good enough to be a standalone game. Visceral’s first attempt at making a survival-horror game was a very well executed one at that, so it isn’t necessarily a bad thing that Dead Space 2 isn’t a far departure from its predecessor, even if it could easily pass as an expansion pack.

Three years after the events of the Ishimura, Isaac wakes up on a space colony that has been infested with Necromorphs, and is then guided by a woman over the radio that claims can help Isaac survive if they meet up. That was the first three hours of Dead Space 2, Isaac trying to meet upwith this woman but could never seem to catch a break since every plan always had some obstacle or hiccup delaying their meeting. It’s a frustrating way to go about structuring a game, especially when it happens throughout the entire nine or so hours, because the moment you finally feel like you’re moving forward, for example, arriving at an elevator, you find out the batteries are fried. So once you find working batteries and hop in the elevator, you discover there is something blocking the elevator from moving, so now you have to go a clear that up. It’s an obvious attempt to lengthen the experience and becomes a reminder that you’re playing a video game that needs to meet a recommended length, or else consumers will get pissy and complain that it’s too short.

And during these three beginning hours, there is very little introduction as they put you right into the action expecting you to have already played Dead Space before. What I thought was great though was they put together a video recapping the events of Dead Space 1, oddly not showing the slight cliff hanger scene that ended the original story. It’s a weird choice not to show what everyone remembers from Dead Space, however not nearly as weird as most of the things you see while you play.

This theme of weirdness also has sort of dethroned the horror aspect associated with the franchise, since every attempt to scare you has now become a monster jumping out of something. They are cheap scares and are ineffective once you begin to expect the ceiling vent to pop out along with a slimy Necromorph. I was more freighted by the weird psycho-pathetic and obsessed characters that reinforced the religious conflict surrounding The Marker. 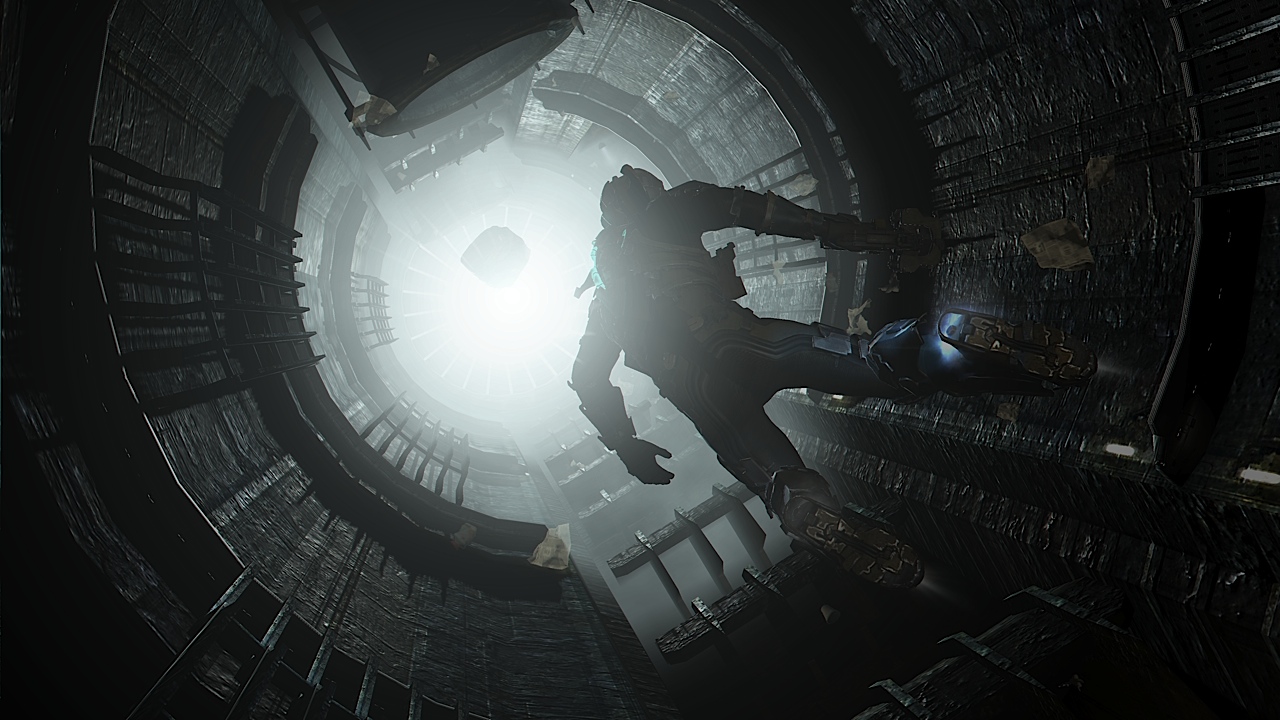 Learning the way people would worship The Marker and learning about the type of people who joined the following of believers, was a better story than the stupid difficulties Isaac was having with his dead wife. Isaac also played a more vocal role this time around, he conversed with other people, shared his thoughts and feelings all the while being a little cheesy. I hoped that he would just move on and forget about Nicole since he had larger problems mentally and on the colony to deal with. Isaac’s troubles forgetting Nicole was understandable, though I didn’t care nearly as much as he did, you know, because she’s not my wife. It should have been wrapped up and forgotten about during the beginning of Dead Space 2, yet it just intensifies as the game continues, leaving behind Isaac’s mental problems and all of the terrible events caused by the Marker, all the stuff that I – everyone will ended up caring about.

As for the rest of the game, if you have played Dead Space, you know to expect. Dismembering Necromorphs has remained the same, it’s just the player has more weapons to choose from to get the desired result. Some weapons are new, however, 3 of the 4 guns in my inventory were guns from the previous Dead Space, and they proved the most reliable. With the addition of newer weapons, there were also fewer suit upgrades to purchase. There are only 4 suit upgrades in the game, all of which are different instead of an improvement of the one Isaac is wearing. Upgrading the suit was something I was always excited to do in Dead Space, so I was sort of disappointed in Visceral’s decision to introduce new suits every time instead of upgrading the one you’ve grown attached to.

The new weapons and suits to purchase isn’t what you should remember about Dead Space, it’s the cinematic scripted sequences that appeared every so often while playing. These moments were tense and always enjoyable to see unfold, I just wished they were more involving than just moving your reticule to shoot the enemies’ weak spot, ora repeatedly tap a button associated with the prompt on the screen. These scripted moments were Dead Space 2’s best moments, I found myself on edge the entire duration of the scene, yet I wish I was less of a spectator and more of a participant. You spent a lot of time watching Isaac during these awesome scripted scenes, and it would have been immensely better if you had control 90% of the time. 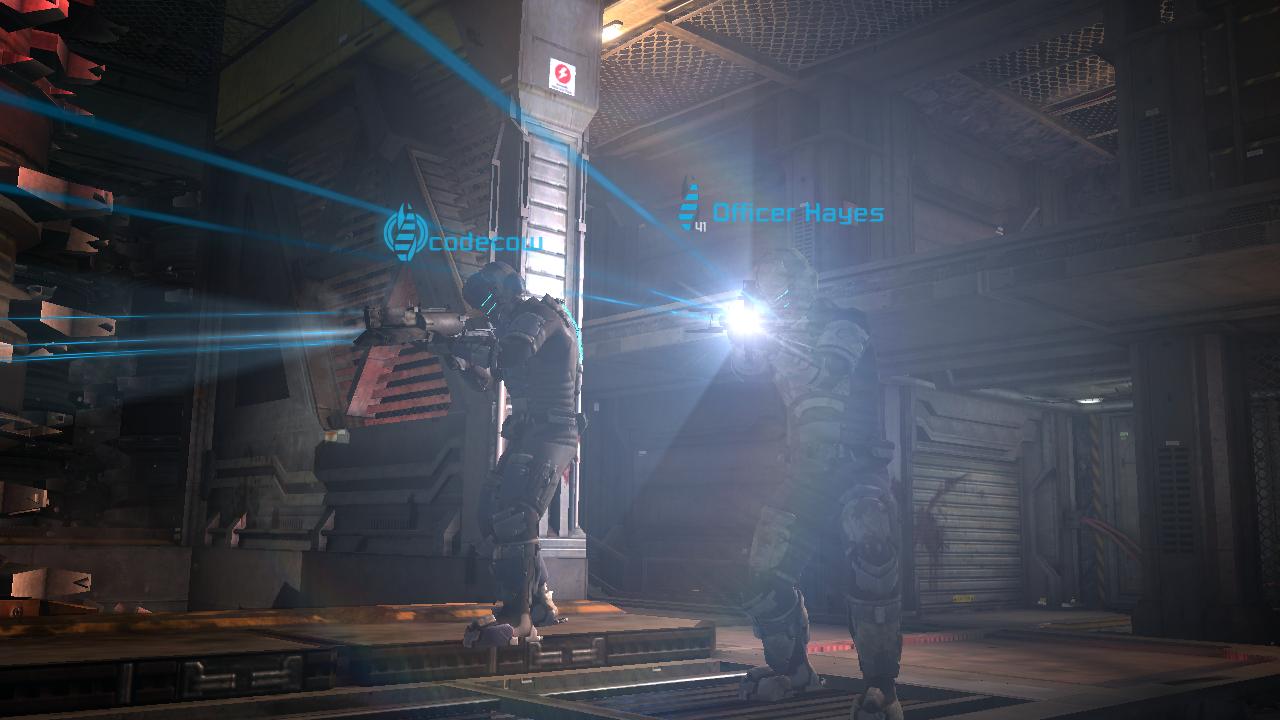 The newest addition is a competitive multiplayer mode which is laughably an exact copy of Left 4 Dead’s versus mode. It’s Necromorphs versus the Engineers, and the Engineers are given a list of objectives that need to be completed in order, all while being slashed, cut and spat on by the other team. When you’re not constantly disconnecting or waiting in a lobby to find a game, you can acknowledge the quality, it is a completely functional game, but it just isn’t something you will find yourself consistently playing because you want to, only playing because it’s there. Much like BioShock 2, a multiplayer component doesn’t remove any value of the overall package, but at the same time, for a single player focused game, it doesn’t add any value either.

You can judge Dead Space 2 based purely on what it has to offer, but expectations to provide a better experience than the already so finely tuned combat and level layout of Dead Space, just comes through naturally while playing. So after that note, the story isn’t any better or innovative, the plot structure of random inconveniences prolonging your progression is the same, controlling the way weapons handled worked without issues, and the multiplayer doesn’t add any redeeming value. In fact, Dead Space 2 doesn’t add any value to the franchise at all. If you have played Dead Space before, that should be enough to say you have played the series. It’s almost guaranteed that a new player could have a blast with Dead Space 2, but I doubt there are a large number of people who fall under that umbrella.