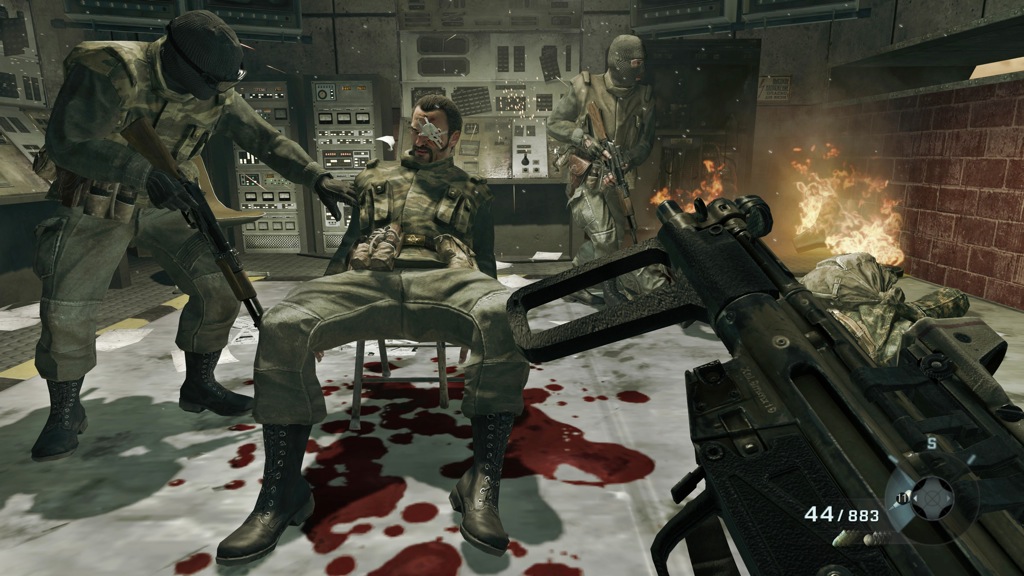 A Call of Duty game that doesn’t have developer Infinity Ward behind it is usually downplayed up until the launch. Treyarch’s previous game Call of Duty: World at War didn’t meet the extremely high bar set by Call of Duty 4, but it still managed to provide things that kept the franchise fresh. The Russian Campaign in World at War was well done, and I was expecting Treyarch to make the Black Ops campaign the best in the series. The extensive amounts of refinements to the multiplayer along with new additions provide the best multiplayer Call of Duty experience, though the same can’t be said for the campaign.

The way the story is presented in Black Ops is actually different from the rest of the Call of Duty installments. The campaign focuses on the main character Alex Mason, who is involved in something that doesn’t make any sense until the last scene that answers most of the questions. It avoids just being simple and boring, and delivers a somewhat intricate plot that makes players think a little.   Unfortunately, playing as a different soldier in different locations and time periods still remains, and like every other Call of Duty, all the names being throw around and the different faces you see make it very hard to keep track of what is going on.

The problem in Black Ops isn’t the story, it’s the new issues that make a great single player experience with well put together set pieces frustrating. Confident in my first-person shooter skills, I played the campaign on the second hardest difficulty “Hardened”, and some sections were just ridiculous. For example, one section I had to take down a 50 caliber machine gunner, but no matter where I took cover, the bullets would pass through the cover and kill me instantly. These unbalanced sections are even worse with the terrible A.I. controlled teammates accompanying you on the mission. Following your teammate down a hallway seems safe, but it’s frustrating when he doesn’t kill anyone. The worst part about having stupid teammates is always having to follow them, and rarely getting the opportunity to lead. Analyzing the terrain for the best position is gone in Black Ops, and is replaced with the A.I. holding your hand and guiding you the entire time.

After the A.I. releases its grip from you, the Zombies co-op mode will be unlocked. Similar to Gears of War’s “Hoard” or Halo Reach’s “Firefight”, respawning waves of enemies will try to kill you. I wasn’t a fan of World at War’s “Nazi Zombie” mode because it did get repetitive after a while, but this time there is a lot of things you need to keep track of. Turning on the power and upgrading weapons are some of the things you can do in Zombies, and it’s especially awesome when playing with three of your friends. If you are not into competitive multiplayer or want to take a break from it, Zombies is a great time that will strain your skills. 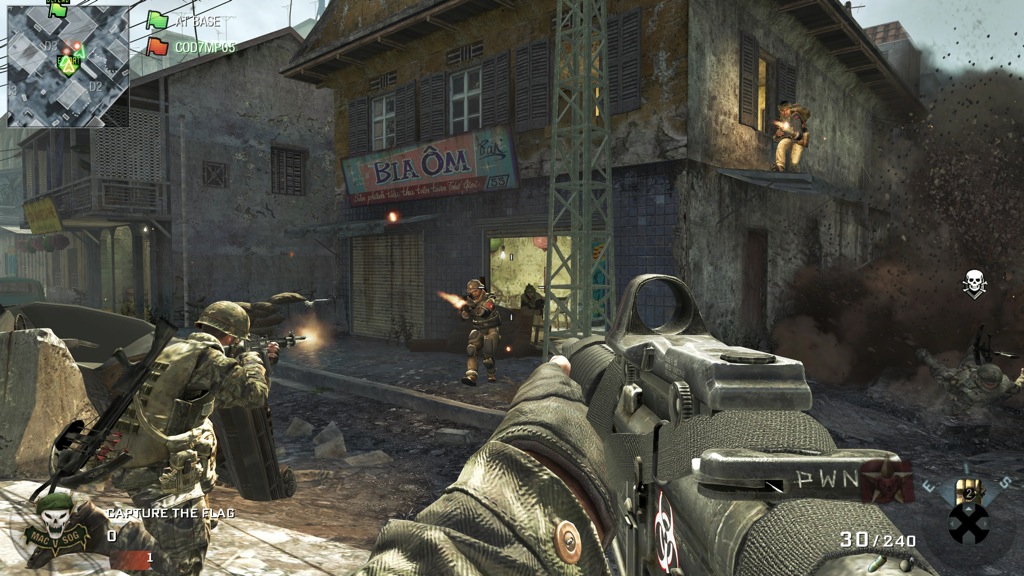 The bulk of most Black Ops players will sink majority of their time into Black Ops’ competitive multiplayer. The progression is what keeps a lot of players addicted to most Call of Duty games, and this game makes sure that you always have something to do. The most noticeable change is the way guns, perks and equipment are unlocked. Along with the EXP reward, you will also be rewarded with COD points which can be used for purchase of everything in the game. There are so many customization options in Black Ops, and it can get very overwhelming at times. Based on the feedback for Modern Warfare 2, Treyarch has adjusted the game slightly in a lot of different areas, but these slight adjustments have a great positive affect. Adjustments to Killstreaks Rewards not adding to the Killstreak count has really cut down on the amount of people camping for their rewards. Removal of certain perks and reorganization of them allows for more diversity in the classes, and gives players the most balanced Call of Duty to date.

Call of Duty Black Ops might not have the best campaign in the Call of Duty series, though it does have the best multilplayer component in the franchise. The campaign tells a story in a way that hasn’t been done before in the previous installments, and the finely crafted set pieces are a blast to play, but it’s somewhat spoiled by the terrible A.I. and shifting difficult curve. An argument can be made that zombies are much overused in video games, though Treyarch has made a Zombie mode that can easily compete with games like Left 4 Dead. If you were frustrated with Modern Warfare 2’s multiplayer, Black Ops should relieve you of your past frustrations.