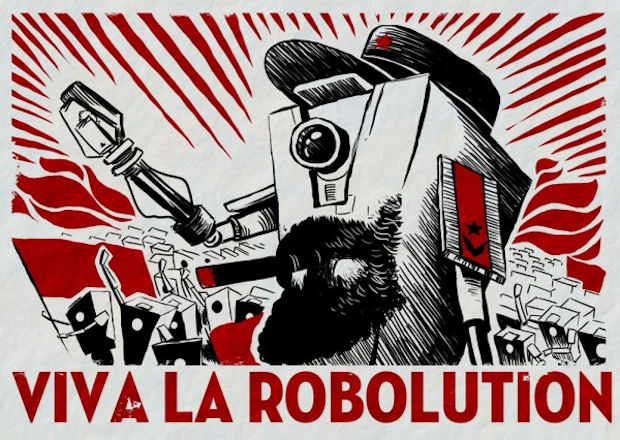 Gearbox Software is one of the fewdevelopment teams who understand how to create a single player DLC, without forcing you to spend more than $10. Claptrap’s New Revolution DLC is the fourth and final piece of content to be released, and it comes to us almost a year after Borderlands originally launched. After a short run through New Revolution, you will be begin to question if this fourth DLC should even exist.

Hyperion and Claptrap forces unite to take down the vault hunters, but unexpectedly the Interplanetary Ninja Claptrap Assassin (INCA) paves the way for a Claptrap Revolution. Unlike the other downloadable content, this one doesn’t have a memorable character to focus around. It will always bring a smirk to my face to see the Claptrap dancing or hear him shoot off a smart ass remark, and to see him developed as a central character takes away from the reputation the Claptrap had.

A huge problem with The Armory of General Knoxx was that it was extremely difficult to start. But when I arrived with my level 61 character in New Revolution, not one enemy even put up a challenge. Enemies were 20 levels lower than me, and in disbelief I reloaded my save multiple times on Playthrough 2 because I thought I was picking Playthrough 1.

It seems that everything that could go wrong with the DLC went wrong. Framerate was dropping constantly, boring brown environments repeated, level cap wasn’t increased and all the weapons were trash. Achievements were always fun to complete, but no imagination or creativity is put into generic fetch quests that require you to slaughter hundreds of Claptraps to find the rare drops.

There wasn’t anything to enjoy in New Revolution, and because all the enemies are extremely weak, you will blow through it within a couple of hours. While the Armory of General Knoxx and the Zombie Island DLC were well put together, it seems like New Revolution was slapped together within a couple of days. There are a lot of great titles out this Holiday, and you should probably put your $10 towards something worthwhile.