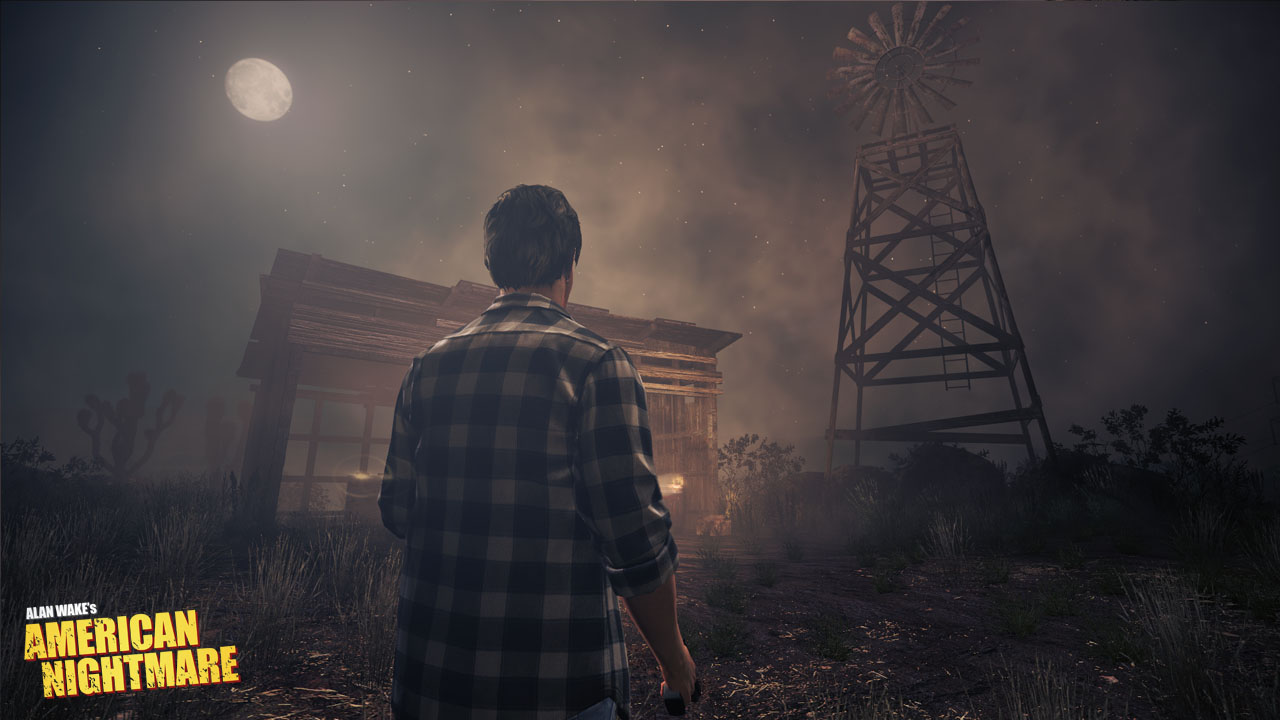 Remedy spent years developing Alan Wake; more than twice the length of the common development cycle of 2 years. Unfortunately however, their hard work was only recognized by few, selling poorly despite receiving praise from the media and the few who had played it. The price of this story focused horror game dropped quickly and significantly, allowing players to find a copy for a third of the full retail price. With the eventual release of the PC version, Remedy would finally find some success, reporting their satisfaction with the game’s sales over the last few years. With no official reports of a sequel, Alan Wake’s American Nightmare is a welcoming but brief departure from the main story of the series, made downloadable for players who yearn to see more Alan Wake.

Years after the events of Alan Wake, players find themselves in the deserts of Arizona, helping writer Alan get out of the trouble he has found himself in. Due to reasons of the story that I won’t disclose, you will go through each of the three areas three times, each run through playing out similarly with some changes. As someone who played through this 4-5 hour experience in multiple sittings, I didn’t mind returning to the same locales. Progression of the plot and a slight variation in each area’s tasks prevented it from being repetitive. But if I had aimed to finish it in a single sitting, I can easily imagine being frustrated in the same way Alan is.

American Nightmare — although still adhering to the idea of the writing coming alive and the manuscript pages predicting future events — has a more deliberate focus on combat. There were few weapons and enemy types in Alan Wake, but this time Remedy increased the existing amounts in both categories. The weapons, although differing in firing rates and magazine size, all have the same effect on the darkness enthralled Taken. The effect on enemies with a few bullets from a pistol or a few bullets from an assault rifle, aren’t radically different. Some enemies are faster, larger or even split into 2, yet each encounter usually unfolds the same way. 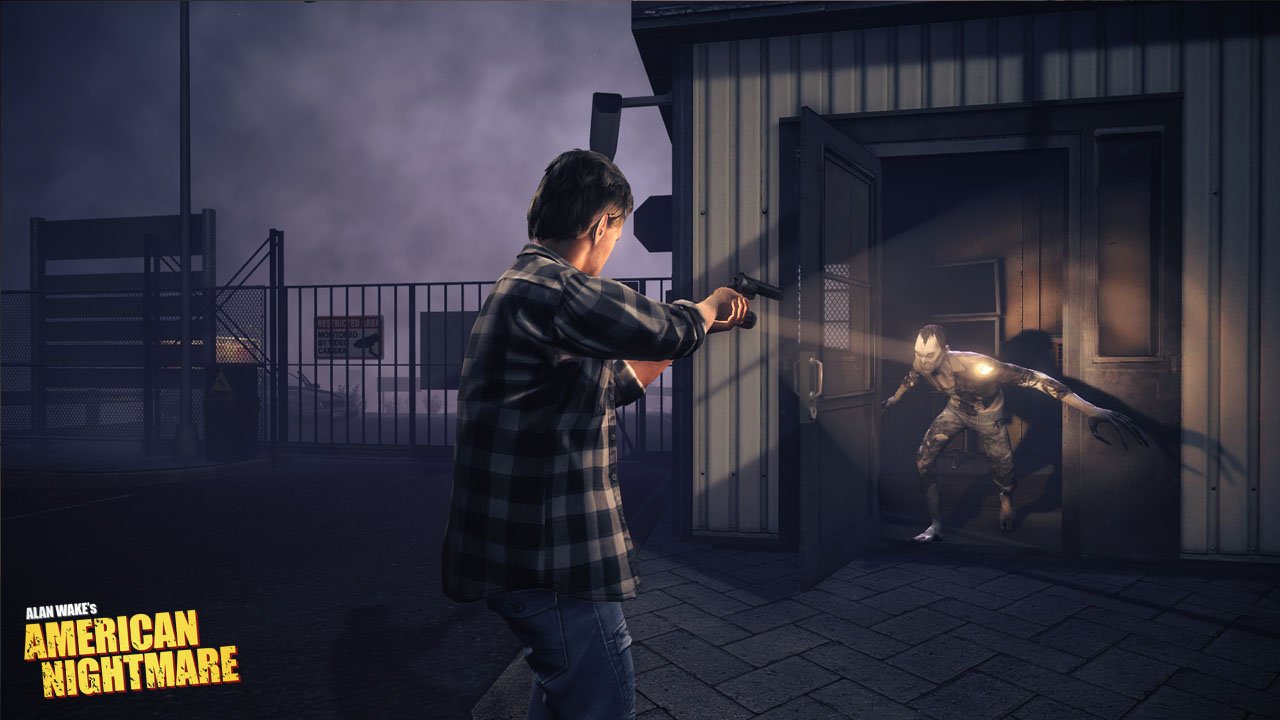 The focus on combat however doesn’t overwhelm the entire experience, as it’s more of an evolution the static action of the first game. There aren’t any long, drawn out sections of killing wave after wave of enemies, there is a separate wave based survival mode dedicated to that, which by the end of the game, I had absolutely no interest in exploring. There is plenty of down time dedicated to exploring the desolate Arizona deserts. While the environment and droughts of action should in theory be suitable for a tense, frightening atmosphere, I was never scared, instead always comfortable. To feel comfortable in a game where it is always dark and purposely mysterious, is not the ideal reaction one would look for.

This feeling of comfort is also due to the abundance of ammunition and batteries scattered throughout the world, which all seems unnecessary considering the game is laughably easy. Without the option to increase the difficulty in order to feel more vulnerable, the game is less frightening than you would expect. If you enjoy Alan Wake for more than just the thrilling, tense atmosphere, then these issues should not detract from how you enjoy the story and the ways in which Remedy injects weird events made possible by the narrative.

Alan Wake’s American Nightmare is really for people who want more out of the universe they are familiar with. Given the $15 price of this downloadable title and the cheap price of the retail game, it might be a better purchase decision to just go buy the larger, much scarier game if you are new to the series. You might feel safer given its relative ease and plentiful resources, but there is still plenty to enjoy from this minor detour.