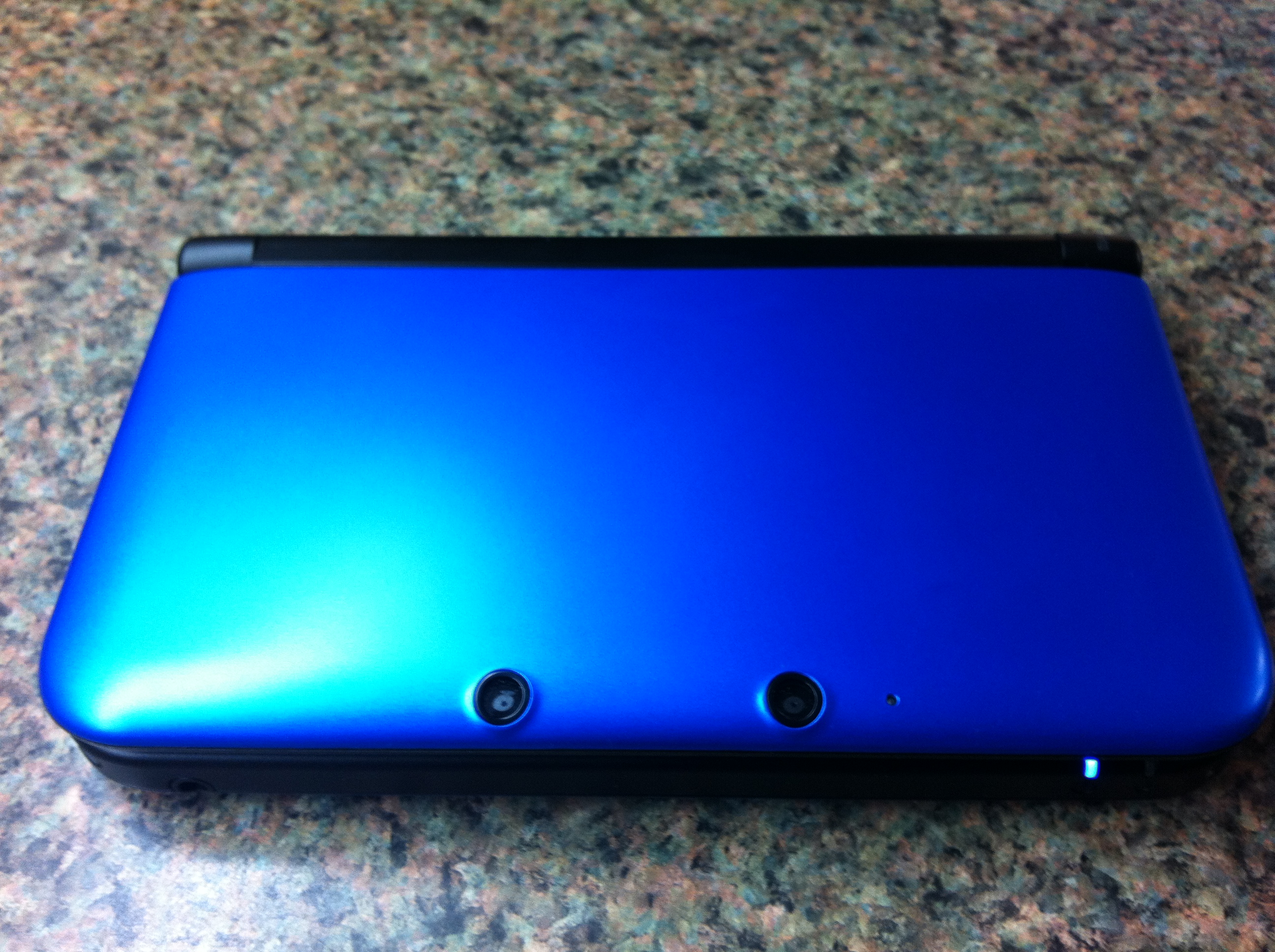 Handheld gaming has always been a problem for me as I could never successfully find a comfortable position to play in. To use such small devices naturally means that you will either have to hold it up to your face, or require you to hunch over to get a decent view of the screen. Whenever I played my Nintendo DS, I often shifted positions from sitting in a chair, lying on my back, side or stomach. The PSP, although I don’t own one, provided a larger viewing area for playing, but I was not interested in games that replicated a console experience. Nintendo’s evolution of their glasses free 3D handheld, the 3DS XL, is a device that is perfect for supplementing larger experiences on consoles or PC, all the while proving to be comfortable to play. As long as there is a legitimate reason for why you want to own the 3DS XL, the growing software library and excellent hardware design will counteract any shortcomings or gimmicks that are quickly apparent.

Being a new 3DS adopter, I’m not in the position to recommend or disregard the 3DS XL for original 3DS owners. For those in my position, they will get more useful information from this review compared to those who already have had plenty of time with the original hardware. The large selling point of the 3DS, yet somewhat dismissed even by Nintendo themselves, is the glasses free 3D effect on the top screen. After playing through Super Mario 3D Land and a lot of Mario Kart 7, I can confidently say that the 3D is just a gimmick that adds very little, if at all, to the experience. Like most novelty items or technology, the initial amazement quickly wears off. The 3D effect works well, and if you look for it, you can see where it is being used most effectively. While Nintendo’s promise of glasses free 3D was kept, it ultimately does not matter.

Once your eyes become accustomed to the 3D, there is just no use in having it on. The trick to receiving the most optimal 3D effect lies in the positioning of the screen in respect to your eyes. If not directly in the centre or at a certain angle on each side, the 3D effect will cause a blurry image or duplicates. Having to reposition the screen while concentrating on the game can be bothersome, and sometimes is such a hindrance that I even turn off the effect altogether. When the game’s challenge ramps up and requires more focus from the player, holding the 3DS steady to prevent blur, is an additional layer of complexity that is not needed. After playing on a daily basis for about 2 weeks, I have turned off the 3D effect completely, and will only adjust the slider momentarily to appease my curiosity when starting a new game.

Although the Wii arrived at the same time in 2006 as the PS3, the 3DS is the first Nintendo product that has online functionality that is even close to being comparable to other video game devices. The most noticeable improvement is with Nintendo’s virtual store, the e-Shop, which offers game updates, demos, downloadable titles, videos, etc with welcomed practicality. With user ratings, categories such as top rated games and the ability to buy software with actual currency, the e-Shop is Nintendo’s first successful attempt at adapting modern internet applications.

Unfortunately, the integration of friends list management is still dated, relying on friend codes (although it’s one unique code for each user) to connect with friends. Aside from seeing which friends are online and having the ability to join their game, the simplest of features such as sending a text message or game invite, cannot be done.

On the main menu screen, there are many applications to choose from. There are some simple games that come bundled with the hardware, along with the Streepass feature. By now, many people have seen 3DS owners bringing their devices to conventions or large gatherings for the Streetpass. Since Western culture is much different from Japan, we don’t carry around our 3DS everywhere we go, and if we did, a lot of us might not live in highly dense areas like most Japanese people.  Streetpassing with other 3DS owners is an exchange of your game information. Things like coins, time trial data and items, can be found via Streetpass, which entices you to bring your 3DS around with you. Due to the large size of the device, it will be difficult carrying the XL around in your pocket but you’ll compromise and find a way. I know I did.

Given how much time your 3DS can potentially be powered on, the increased battery life is a necessary improvement. If I had to put a number on it, depending on your brightness and 3D usage (don’t bother with the 3D, save your battery) I found that on a single charge it lasts about 8 hours, or a few days of usage. With an increase in screen size, you’d think the battery would be worse, yet Nintendo has improved on the original 3DS which to my knowledge, lasts about 3-5 hours.

The largest improvement of the 3DS XL, immediately clear within its name, is the increase in size in not only the device itself, but the top and bottom screens. Unless you’re a person who cannot tolerate a lack anti-aliased edges (to be honest they aren’t noticeable unless you look for them), the 90% size increase is perfect for handheld gaming. To imagine smaller screens on the 3DS is almost impossible, and even without a comparison to the original screen sizes, the picture quality seems unaffected. Again, it’s impossible for me to draw fair comparisons to the original 3DS, but the build quality of the hardware is sturdy and does not feel like a cheap toy. The large screens, solid weighting distribution and perfect placement of the circle pads and its buttons, make for comfortable sessions of all lengths – an attribute that directly addresses my primary complaint of handheld devices.

Purchasing a 3DS XL would be the ideal version of the 3DS, but it comes down to whether or not you’re willing to pay $200 to play that one game only available on the system, or to play games you already own. That game for me, although not yet released, was Luigi’s Mansion: Dark Moon. I bought one now to catch up on the games I had missed and to kill time at school for those long breaks in my schedule, and I don’t regret my purchase at all. I was hesitant for a while because of my unpleasant experience with previous handhelds systems, but the large size of the device remedied any issues I had with comfort. The hardware is as sturdy and comfortable as you would want it to be, but what ultimately matters is not the hardware, it’s the games available to you.