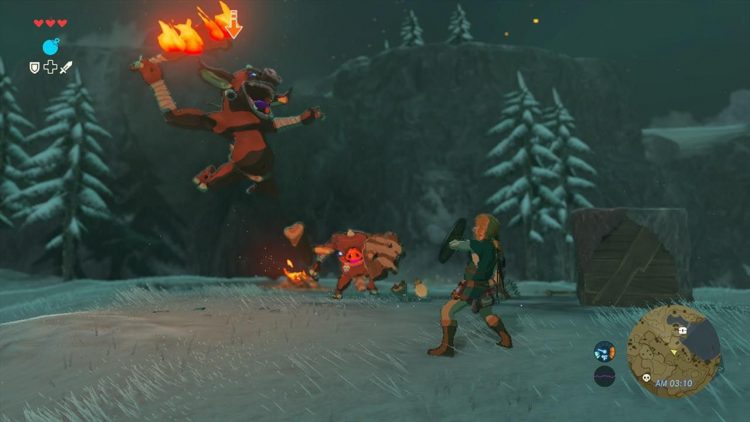 “All quests are fetch quests,” my friend said in response to my complaints about The Legend of Zelda: Breath of the Wild. Even within the context of a post-apocalyptic world, Zelda’s NPCs always want something. People need a monster killed or a specific item gathered in exchange for a mystery item.I never gathered bundles of wood or collected fireflies for fun, I helped for the reward. We endure a lot of these trivial activities to enhance our effectiveness for later events. Without the reward, fetch quests feel like chores.

Quest design differs when developers mask the “fetch” aspect of a request. If stripped down the structure, most quests use the ABA formula: start a point A, move to point B, then return to point A. But to label all quests as “fetch quests” misses the larger point, which is the commonality in quest structure. Quests use the same structure of a fetch quest, but smart design branches from the initial goal.

Some quests don’t try to hide their “fetch” design

Quests in Breath of the Wild avoid any structural deviation and stay on its initial objective. One side quest revolves around Hudson, a construction worker. He builds Tarrey Town from the ground up, asking you to collect bundles of wood and search for new tenants with names ending in -son. When Hudson needs a shopkeeper, you search for someone who wants to open a store. When you recruit a new Tarrey Town citizen, Hudson then asks for wood bundles. The process repeats until he finishes the town construction.

The Tarrey Town quest utilizes the ABA structure, but hides the location of (B) the town recruits. The mystery locations then require people to search for the quest objective as opposed to following a map marker. The slight change in structure fails to mask the fetch quest feel because it asks for little investment from the player. The quest becomes a thing to remember on your actual journey. You say things like, “I’ll look out for someone who talks about opening their own shop,” or “I remember when this guy said something about selling clothing.”

The Tarrey Town quest line, despite resulting in a brand-new town built from the ground up, feels like busy work. Nintendo’s quest design throughout Breath of the Wild reuses the ABA structure, which makes every quest as boring as the next. Without branching paths or deviation from the original goal, a repeating structure bores the player.

Deus Ex: Mankind Dividedsecured the fourth spot on my list of my favourite games from 2016, and The Harvester quest helped its case. In Deus Ex, we find multiple variations on our established ABA quest structure. The Harvester quest both branches and forks from the original goal, helping the player forget about their search, or fetch, for clues.

While exploring, you discover a crime scene for the murder of a mechanically augmented woman. Adam Jensen then finds himself assisting with the investigation, leaving it up to the player to determine the solution. Witness reports, scene evidence and prior cases give you many branching avenues to explore.

Your investigation narrows down to three different suspects. You then wander the city and talk to Prague’s citizens to unravel the murder. The quest branches to many locations and depends on your thoroughness when investigating.

If you leave behind important evidence or overlook certain details, you will “fail” the quest and fork into one of the endings. You may arrest the wrong person and miss out on a whole other section related to the quest. The game continues after the wrongful-arrest, but you miss out on the actual truth.

The Harvester quest breaks down to one large, long fetch quest. After you collect clues, testimony and evidence, you report back to the crime scene’s detective. The fetch aspect stays hidden as we play because so many branches and the possibility of failure requires both investment and attention from the player. You can’t fail at collecting bundles of wood. Trees can’t lie to you.

Small quests can be simple and not boring

Smaller quests, side quests or optional quests all fit into the same category, but all succeed when they mitigate tedious objectives. While the best quests branch from the original objective by introducing additional layers of complexity, not all quests need it. Tomb Raider (2013) gives us side quests in the form of optional tombs hiding a reward behind puzzles and platforming.

Tombs follow the ABA structure, (tomb entrance, treasure location and tomb exit), except they avoid using an NPC. NPCs act like doorways, as they grant access to locations or allow interaction with other NPCs. Some people might not consider optional tombs the same as optional quests, yet they both reward the player for deviating from the main objective.

Tomb Raider’stombs can reward gun upgrades and some in-game currency without sending the player on a tedious hunt. The satisfaction from solving the puzzle and the tomb’s physical treasure, both reward the player. There’s little satisfaction from collecting wood scraps or killing 20 birds.

Developers opt for the “kill X amount” or “collect X amount” objectives because they provide immediate, lengthy content. Fetch quests add a bullet point to a log the player checks off like a grocery list. The high costs, and development resources required to design a tomb in Tomb Raider, exceeds the work needed for a handful of fetch quests combined. It’s easier to send the player out on a trip to find mushrooms, yet developers and players know these activities just waste time.