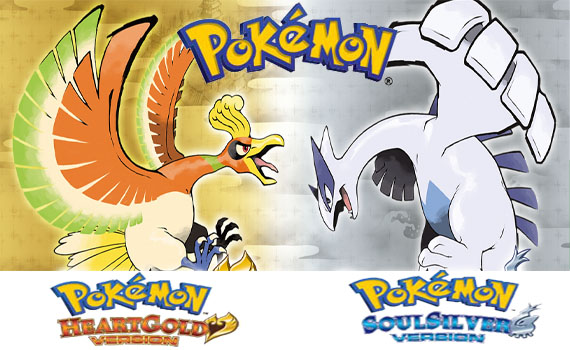 Most of us that grew up watching the Pokémon T.V series have most likely played one of the many Pokémon games on the Gameboys. The last Pokémon game I had played was Crystal version back around 2002, when the T.V series was still fresh in my mind. Pokémon HeartGold and SoulSilver are remakes of the Gold and Silver versions, which many people from my generation have played. I didn’t know whether I was going to be ready to jump back into the series, but I knew I was going to be in a familiar place.

The coolest thing about HeartGold and SoulSilver is that you are able to carry around and train your Pokémon via the Pokéwalker.  The Pokéwalker will not only count how many steps you take, it will help level up your Pokémon.  Initially it sounds like it’s not a big deal, but when you transfer your Pokémon into your Pokéwalker; every step taken will instinctively lead to a little shake in your leg.  I guarantee that whenever you leave the house you will slip it into your pocket, but it will also develop a fear; a fear that it will accidentally fall out of your pocket, then reveal your ultra nerd self to the world.

With the 40 or so hours that I have played and the 8 badges I have collected, the whole time it felt like I was looking through an old photo album.  Every area or character that I came across brought back some memories from when I had played Pokémon Crystal. At first I was worried that the familiarity of the game would cause me to get bored quickly, but I soon learned that this was not the case since I could not put my DS down. I’m not sure what it is about Pokémon games, but I can play for hours and not even notice how much time had passed.

What always has bothered me about Nintendo is whenever they have a great idea; they never fully expand on it to make it something fantastic. After you face trainers or meet new people, you might have the option to add their phone numbers to your cell phone. People will call you asking to battle or give you things to help you on your journey, even if they decide to call you every 10 minutes (I’m talking about you Joey) .  What I would have liked to have is the option to call people on your Poképhone and have a conversation with a friend when connected online. Now this isn’t a game changer, it just would have been something to add to the experience.

The core gameplay of Pokémon has not changed since we first experienced it with Red or Blue, but the addition of new features and new Pokémon has kept people coming back every year. Now the story might not be something you will remember as the highlight of the game, but just the pure fun of catching and training Pokémon is enough for you to put in dozens of hours.  Pokémon HeartGold and SoulSilver are addictive and fun games, and though it may seem familiar at first, it doesn’t make it any less enjoyable, even if it’s your 4th time playing Pokémon.