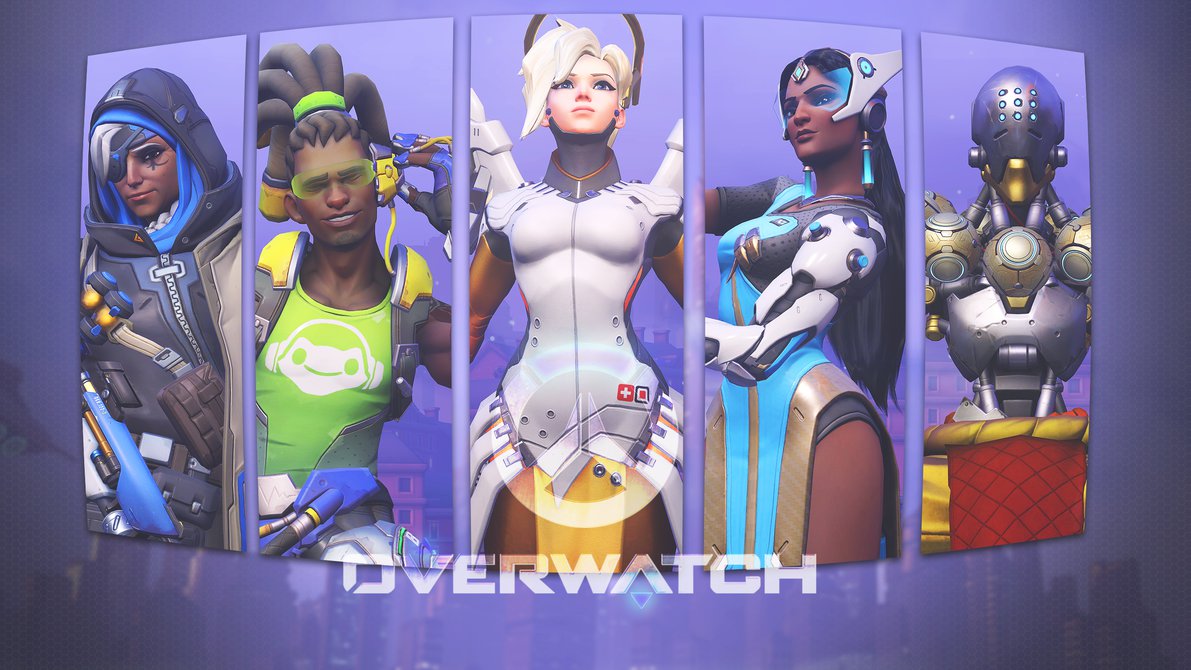 We need a healer. I choose Zarya to help absorb damage and protect our weaker players with her barriers. As the only tank hero, I at least hope for some reliable healing. The last two players sit in the character selection screen with clear roles we need filled. Neither pick a healer. One picks Genji and the other pick Solider. I don’t blame them. Healing is boring.

Now the team starts pointing fingers, stating our need for healing before the round clock expires. No one wants to switch and so we lose. Without a balanced team, we stand no chance. The lack of support players continues into the next match because no one wants to fill the role. People play shooters to out-gun opponents, not to help someone else to out-gun the opponent.

These support roles or characters in games handicap players in one-sided fights. No player wants to die, let alone lose a fight favouring the stronger character. Character selection then becomes a game of chicken, where each player waits for someone else to switch. The switching player favours winning over fun, so they, out of necessity, sacrifice fun for the sake of the team. Games shouldn’t force players to play a certain way or sacrifice enjoyment – games don’t need healers.

Overwatch and Team Fortress 2 – The Chore of Dedicated Healers

Mercy in Overwatch and the Medic in Team Fortress 2 play significant, yet boring roles. Mercy’s poor damage output, low health and team reliance brands her as a clear target for the enemy. She depends on teammates for defence, yet her teammates depend on her to stay alive. In Team Fortress 2, the Medic faces a similar problem but to a larger degree.

The Medic is Team Fortress 2’s only support/healing character, which means every team needs one – often more. Unlike Mercy’s ability to swing entire matches with her resurrection, the Medic’s contributions can go unnoticed. His invulnerable ability and damage amplifier depends on the team performance. Even if the Medic player performs at a high level, their efforts can still fail. Overwatch tries engage players with skillful healing heroes like Ana, but they still fight with a handicap.

Overwatchand Team Fortress 2 should avoid healers and instead give all heroes supporting abilities. Let’s take Lucio’s movement speed boost attributes as an example. If we give Junkrat and an area-of-effect (AOE) speed boost, he can help his teammates dodge incoming projectiles.

When designing these support abilities, we need to avoid healing auras, damage buffs or armour protection. Their presence makes an immediate impact because they help in any situation. We don’t want any ability to become an essential support option. To heal, heroes can regenerate health at different rates, or maps can feature more health packs.

Battlefield’s class based system improves with each new series entry and achieves an essential balance. While the core ideas stay the same, little tweaks to class equipment revamps teamwork. In Battlefield: Bad Company, squads lacked a Support class. The Support class lets players dish out healing packs and revive downed allies. To play support though, you must lug around a heavy LMG. The weapon hindered movement and fired slow. The LMG’s clunky feel – although accurate once firing and effective for crowds – detered players from playing Support.

Squads rely on each of the four classes for efficient teamplay. A missing class changes how a squad operates. Recon anchor spawns, Support heals injuries, Assault resupplies ammo and the Engineer destroys armour. Squads need class balance, so one of each works to everyone’s advantage. Unlike Overwatch, the lack of healing won’t guarantee failure, it will just make things difficult.

DICE tweaked the support role in Battlefield 3 to encourage more support play. They moved the healing and revival items to the Assault class and equipped the Support class with ammo boxes. The reliability of the assault rifle meant at least one player chose the Assault class – now the medic. Players still avoided the Support class. The equipment swap fixed the healing issue, but left squads starved for ammo.

When your primary weapon ammo runs dry, you pick up another weapon. The lack of ammo boxes became a definite issue with Engineers destroying armoured vehicles. Engineers need to resupply rockets and mines, which they can’t gather from dead bodies.

You could remove class and weapon restrictions, but then exploits begin to surface. Snipers will bring ammo boxes into the hills and never leave the hideaway. Engineers will sit on hills and spam rockets from a distance as their own ammo box resupplies them.

To keep the balance, DICE needed to give the Support class more attractive options. A small pool of weaker assault rifles provides the mobility without sacrificing ammo for the squad. Battlefield 4 enticed players with equipment like mortars, claymores and C4 explosives. Their arsenal opened up many options for players unsatisfied with heavier weapons. Although less appealing than the other classes and their weapons, Battlefield’s Support class doesn’t sacrifice the player’s enjoyment.

I talked about two games where limitations by class equipment, character abilities and weapon damage funneled players into the boring, support role. Although DOTA 2 support heroes contain all of these characteristics, all heroes engage players in every role. Yet despite the interactive design of each hero, DOTA 2 has a support shortage.

The support role avoidance circles back to Overwatch’s and Team Fortress 2’s fundamental issue of helping other players succeed. Supports help other players rack up kills. A stun, heal or root all help the damage dealer – the carry. The carry hogs the spotlight and carries the team in the later parts of the game. As the game progresses, supports become more and more useless. The chances of beating your opponent also diminishes.

Each match depends on good support players. Teams need vision through wards to avoid surprise attacks. And utility like item couriers and invisibility detection saddles supports with a lot of responsibility. They also often initiate fights or prevent enemy players from executing their abilities.  Earthshaker – an initiating support – uses his Echo Slam (AOE stunning slam) to begin fights. Even after a successful Echo Slam, you can die and your team still loses the fight. The result represents the support player’s best attempt to help their team.

Unless Valve redesigns DOTA 2 and gives each character sustained damage and survivability, support play won’t change. Each hero’s engaging design makes them just as rewarding to play as the damage dealers. Regardless of the excitement, players crave the spotlight.

To encourage more players to select supports, games need to reward these players with something extra. Developers can increase the rate of item drops for supports or give them an occasional boost to MMR after wins.

League of Legends chose to remedy their support issue with matchmaking filters. If a player queues for matches as the support role, then they tend to find matches faster. These out-of-game luxuries reward support players all while balancing competitive scoring for MMR.

We learned a lot about the chore of playing healers from games like Overwatch and Team Fortress 2. Defined roles can still exist without handicapping players or forcing specific character selection. Developers should design games where each teammate shares the spotlight. The best performers will emerge from the pack.

If games take similar approaches to DOTA 2’s support heroes, then they need to reward players who play support. Quality of life benefits like shorter queue times, or luxuries like bonus items, help the support shortage. Games like Overwatch can still exist, but they benefit from prioritizing the player’s enjoyment.