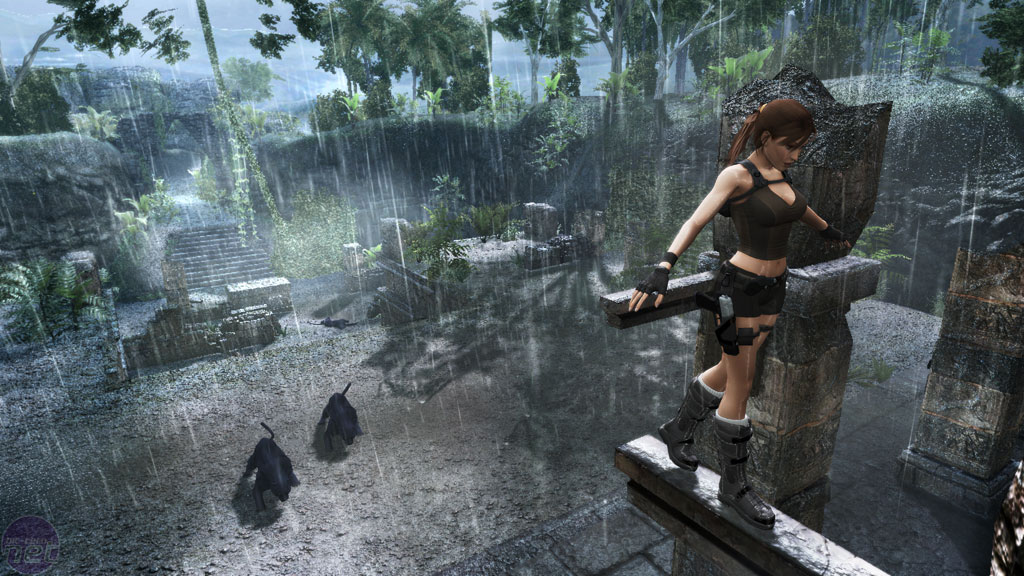 By chance, Best Buy dropped the price of Tomb Raider Underworld to $9.99, and information about a Tomb Raider reboot was revealed in an upcoming January edition of Game Informer on the same day. This provided a perfect opportunity to see what the Tomb Raider franchise is about, so I wouldn’t feel left out of the group if the reboot is a huge success.

I enjoy 3-D platformers, and since gamers commonly compare Uncharted to Tomb Raider, I had some idea of what to expect. To my surprise, the comparison between Uncharted and Tomb Raider only applies to the general goal of both games, which is solving a tomb’s puzzles.

Tomb Raider is a slower paced, less action oriented game compared to Uncharted, but that doesn’t hinder the overall experience. Was does affect the experience is how dated everything feels for a game that was only released in late 2008. The combat, camera and driving controls feels like an early PS2 game, while the platforming works well except for a few glitches I encountered every so often.

I’m more than half way through Underworld, and my time with it hasn’t changed my expectations.  Going in, I was expecting an average game that clearly needed a series reboot, though it’s quite confusing when most considered Guardian of Light as the series reboot.