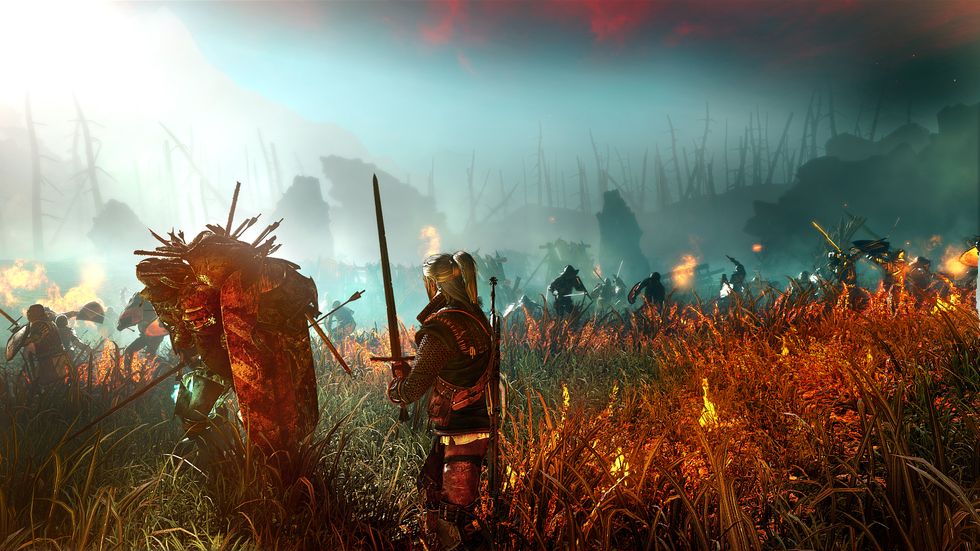 I can’t remember the last time I booted up The Witcher 2. What I can remember is starting Chapter 2, and soon after, quitting during a large battle which didn’t really make any sense to why it was happening anyway. I quit because at that point, I could no longer keep my eyes open, eyelids heavier beyond my control. I was so bored and The Witcher 2 was putting me to sleep. After maybe 10 or so hours of time invested, which in reality felt considerably longer than that, I haven’t gone back since. If it wasn’t for the critical acclaim and positive reception that it received since launch, I would never have made it that far. For a game that was often mentioned during game of the year discussions, nothing that I’ve seen so far – besides the presentation – reflects that at all.

The main reason for why I dislike The Witcher 2 is because it never grabs me. There is plenty of lore to dive deep into, realistic looking environments to travel through and generally good voice acting appropriate to the setting. Despite having the proper tools to construct a believable fantasy world, the infrequent moments spent within combat and emphasis on story just makes The Witcher 2 ultimately boring.

When I think about it, I complain about too much story and too little combat in The Witcher 2, yet it’s completely opposite for Mass Effect 3. The major difference has to be the pacing in The Witcher, as you spend far too much time speaking to people and walking around the town, rather than actually doing something fun. Mass Effect has similar problems with the missions on The Citadel (a highly populated place within space) and often during missions with far too much combat, though I was at least thoroughly entertained. The Witcher 2’s intensely serious tone and emphasis on things outside of what makes games actually fun to play, prevent me from ever actually wanting to set time aside to complete it. 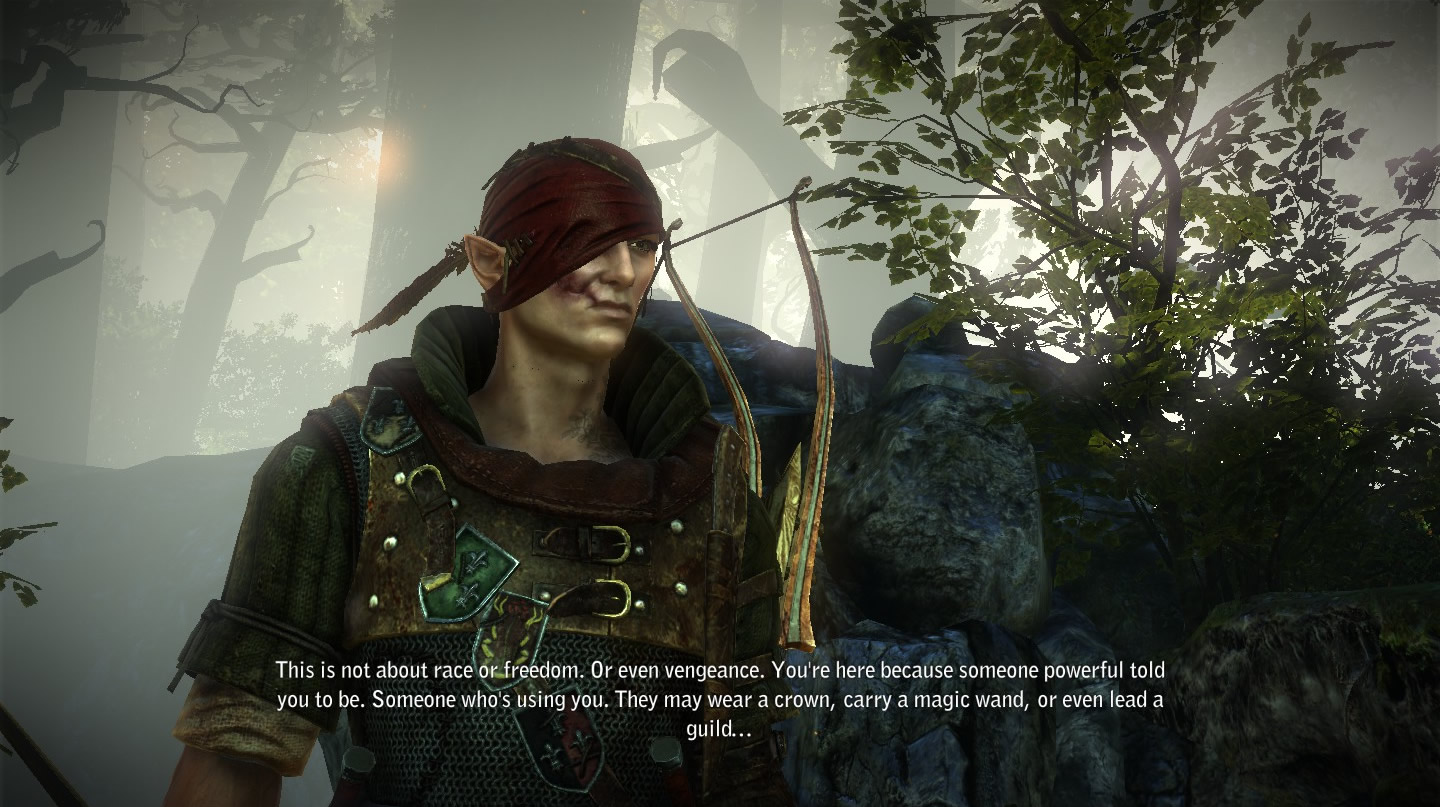 And it’s not that I dislike dialogue or story within my game experiences, I just want those aspects to be just as important as the mechanics of the game. It’s an interactive medium where our interaction with the virtual world is conveyed through button presses. Choosing a dialogue option and then listening to what the person has to say for majority of the game, is not truly interactive. My attention begins to wander; I can’t stay attentive for extensive conversations where a bunch of information is just getting dumped on me.

I initially convinced myself that my inability to play The Witcher 2 for long periods of time was attributed to my recent exhaustion of long, story driven games. Upon further consideration, that notion was untrue. I can see why people may enjoy playing through CD Projekt RED’s fantasy RPG, but for me it never clicks. So even though I always write about games I don’t think I’ll finish, I finish plenty of them, I swear! Right now it looks like I won’t see how Geralt’s journey of witchering will end; I just can’t muster up the desire to play something that I do not enjoy.