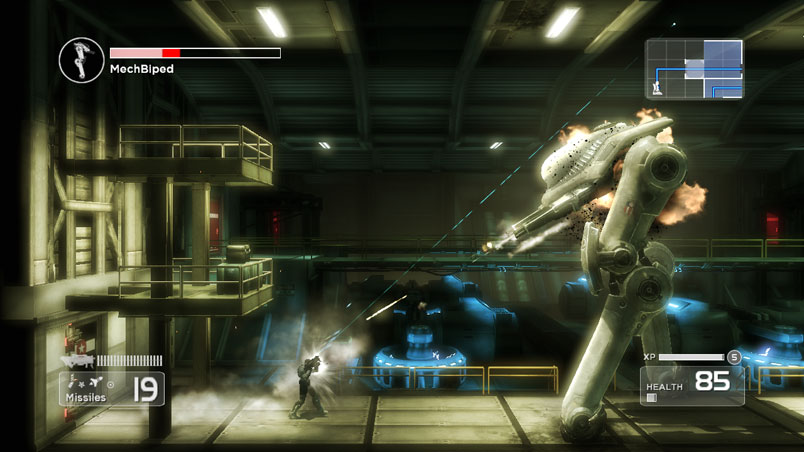 During the week of E3, Shadow Complex along with other XBLA titles was half off their original price, which was more than enough of a reason to spend some Microsoft points. Shadow Complex was unanimously described as an excellent game for its value, so I was interested in playing through it to see if I would agree with that statement.

When I first started playing through the campaign, my first thought was that I just spent five dollars on a 2-D side scrolling shooter. After the first section, it developed into a more adventurous game where exploration was recommended, and it transitioned seamlessly from above ground to below ground.

For a game that cost me around six dollars, the graphics and expansive underground complex, are incredible for such a small cost. Similar to Little Big Planet, the game was designed so you could interact with things in the foreground and background.

Shooting people in the foreground works fine, but when people are in the background, it feels like it doesn’t recognize that I’mtrying to aim at the person on the catwalk, not aim for the ceiling lights. Most of the time Shadow Complex controls well, though the quickness of your character jumps feels like he weighs the same as a new born baby.

As I obtained multiple gadgets and more powerful weapons, it was at that point where things started to open up and allow for more freedom.  At the moment it feels as if I’mabout half way through the campaign, and I look forward to going back after I completed it, to collect the rest of the weapon upgrades and collectables.