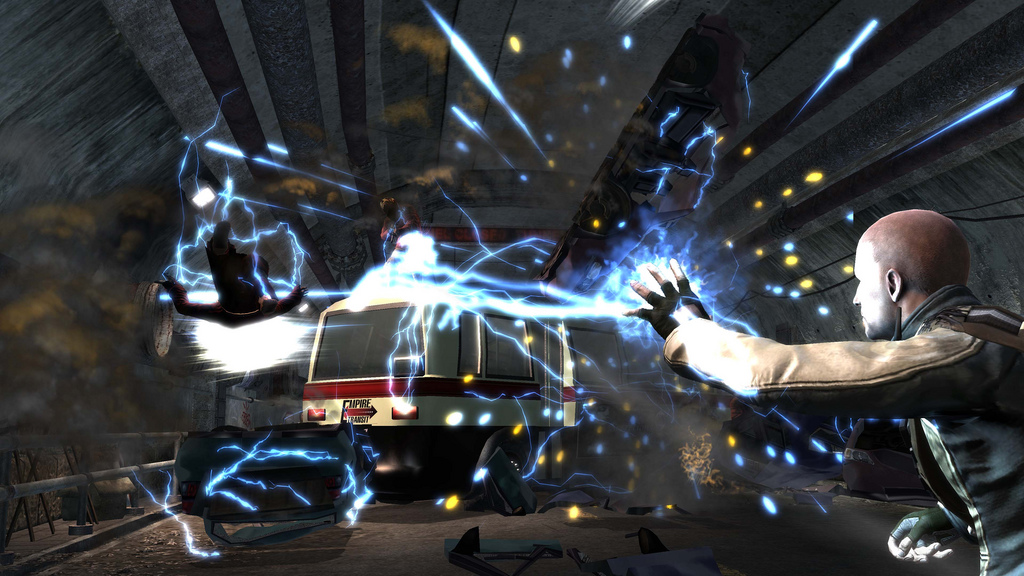 After Canada’s first Black Friday event, I sifted through the lot of so called “deals” and found inFamous for only $15. An hour in, I wasn’t enthused about the comic book method used for telling the story, since it created a detachment from the game world.

The concept of electrocuting enemies sounds cool; though seeing the electricity stream from Cole’s hands, then watching it engulf the enemies never loses its novelty. Scaling buildings and light platforming is always a plus in an open world game, especially when there are so many collectables scattered throughout the city.

Right now I suspect that I am about a third of the way to the end, but so far I have only caught glimpse of the possible antagonist. The narrative lacks the anticipation of wanting to find out what happens next, though the pure fun of zapping enemies and scaling buildings is a sufficient reason to continue forward.

I have noticed that the side missions are beginning to repeat to the degree of almost being tedious, which is a bad sign considering I am only on the first of three city sections. With only a few missions left on the first island, I am curious to see what the other islands will have different. My experience so far with inFamous has been fantastic and I wonder why I waited so long to finally play it.