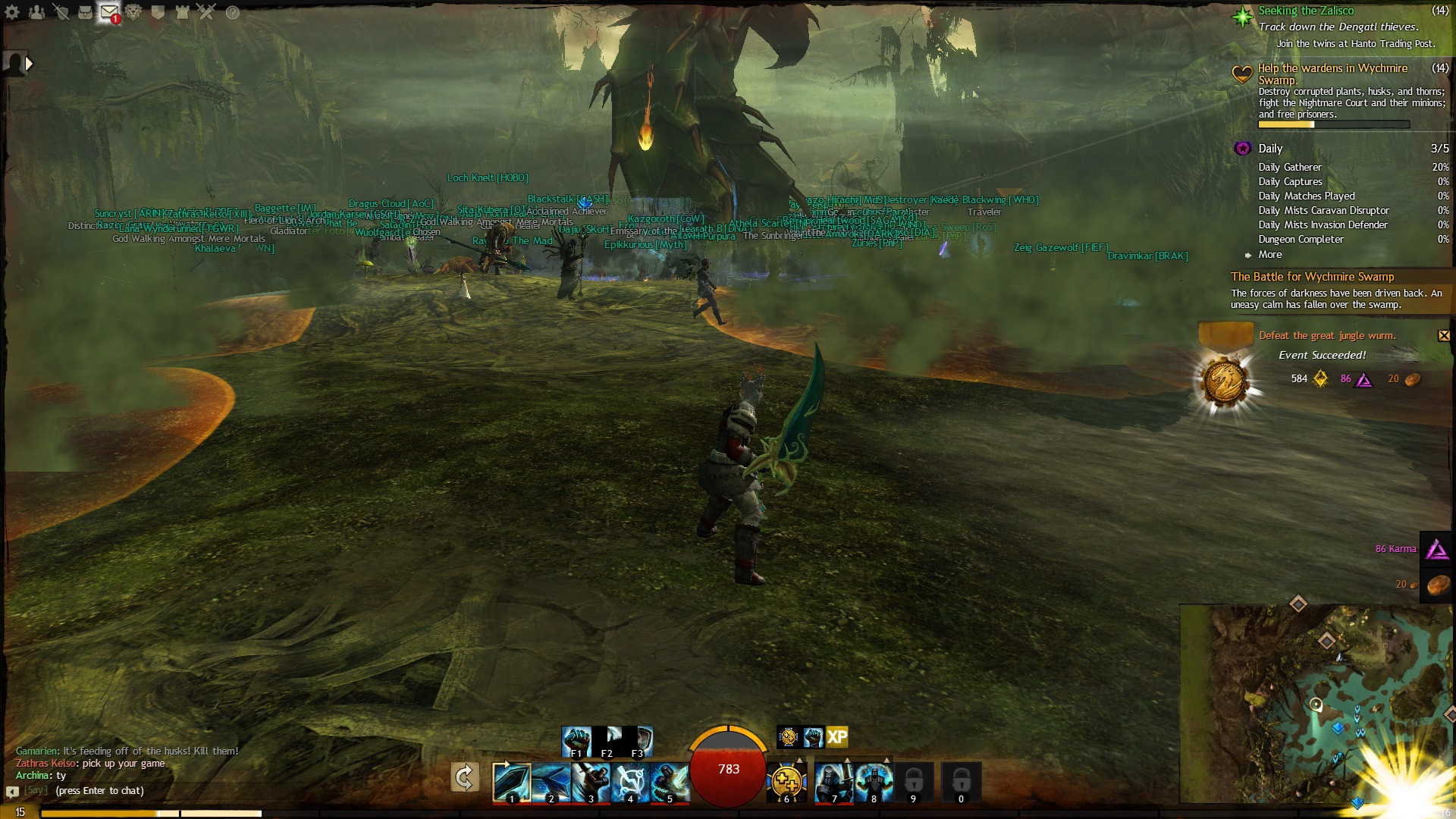 In my elementary school everyone searched for recruits to play their favourite free-to-play MMORPG. Other groups ran through the blocky world of Runescape, but my friend group spent their time leveling through the endless grind of Maple Story. Yet after my friends guided me through the start of Maple Story, we veered in different directions. I joined a guild of closely knit players while my friends scoured the internet for hacks to farm items and blow through the leveling stage. I continued to play fairly; I wanted to see my Ranger grow. I was hooked.

Since then I never found another MMORPG as equally addictive. I downloaded Rift, Neverwinter and even bought World of Warcraft, but none grabbed my interest. Each game adheres to the familiar formula commonly associated with games of the same genre, and reputation alone would not sway me. As I try to find an equally addictive game, I realized I forgot to search for just good games.  After many months of consideration, I took a chance with Guild Wars 2.

From my research of the game players promised action-oriented combat and an active community filled with both veteran and new players. An active newbie community became more important to me than I originally expected. In my brief stint playing World of Warcraft I entered a huge wasteland supposedly advertising millions of players. Each area saw only a handful of players running around with tunnel vision to complete quests. Dungeon instances were ruled by players who knew exactly what to do. Without the help of my friend; I doubt that I could keep pace with the rest of the group.

In those dungeon instances I stayed an observer. The WoW community never threatened me as a new player, they just kept moving forward without me. As a level 22 Guardian in Guild Wars 2, I sometimes still feel like an observer. Until I reach max level and understand everything about character progression and end game activities, I don’t see the feeling subsiding. I arrived late to the party and outside of completing quests and leveling my character; I barely know what goes on in the massive world of Tyria.

But last week I got a small taste of the culture; I felt like a participant. I arrived at a swampy area in the low level Slyvari zone. The last time I visited the swamp a hoard of significantly higher level monsters ambushed me and cut me down in just a few seconds. I returned to the swamp better equipped and stronger looking to clear the map of quests.

In a large, open swamp area a huge crowd of people gather on the outskirts. Just moments after I join them a monster spawns and the crowd collapses in on it killing it in just a few seconds. Easy enough I thought. Then a large monster erupts from the ground, long like a worm with scales like dragon. The worm whips its head around in circles and knocks everyone back, bringing my health down to a tiny red sliver.

I spam my healing spells and use my protective Boons to reflect incoming damage. I renter the fight fully healed a continue hacking away at the worm with my sword. The Great Jungle Wurm flinches and then slowly falls to the swamp ground. A large glowing chest appears and the horde of people jump to loot the level 15 valuables. I loot the chest and come away with four items – a bow I can’t use and some armour pieces not wearable by my class. It didn’t matter. I just wanted to kill another boss.

A large part of any MMORPG focuses on the end game content because people who play to max level stay committed to their character. I too look forward to end game, which I don’t yet know if is a slight on leveling process or a compliment of the PvP and PvE components. I admit, when I play I feel a sense of urgency to reach max level. At the same time, hand me a level 80 character and I would barely understand the strengths and weaknesses. At many times it feels like a grind to improve my character, but my goal changed as I search for a playable MMO, a search for a game I actually enjoy.