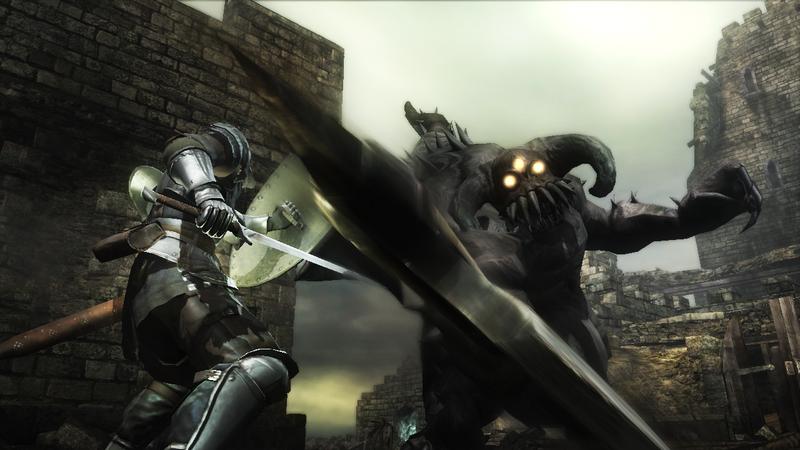 Five years ago, the Armor Spider boss in Demon’s Souls forced my Souls career into early retirement. I tried exploring the other stages to make some progress, but I couldn’t will myself any further. After such a frustrating experience with a punishing game, I avoided the Souls series altogether. My avoidance of the series includes the PlayStation 4’s newest game, Bloodborne, and I’m starting to regret it.

Bloodborne’s high praise and dark Victorian Era aesthetic makes it a difficult game to ignore; I want to see what other players love so much. “If only it was easier,” I wished. Then I decided to give Demon’s Souls another chance, because apparently my high school self didn’t get enough ass-kicking during the first playthrough. I figured my experience with Demon’s Souls would help decide whether or not I should stay away from Bloodborne and save myself the punishment. I’m still getting my ass kicked, but unlike my first playthrough, I’m making a lot of progress, even killing that bastard Armor Spider.

The mindset to play Demon’s Souls requires players to expect death and the loss of thousands of souls. During my first playthrough, I treated each life and each soul as more valuable than their actual worth. I invested too much hope and effort into each attempt to clear a stage. So when I died, it killed all my enthusiasm and it felt like wasted time. I tried to play Demon’s Souls like other RPGs and blamed the game when something didn’t go my way.

When you stop caring about souls and manage your greed, your focus and purpose changes. Instead of always losing the souls I accumulated, I would sometimes stop, return to the Nexus and level up the stat I needed. Enemies respawned and I would lose the progress in the stage, but I at least got to use the souls to improve my character. During other play sessions I collected large amounts of souls, though I didn’t care if I lost them. I set goals for each play session.I would either farm souls to increase my stats, explore to find rare equipment, or try to kill the boss at the end of the level. Whatever souls I collected on my way to kill the end boss didn’t matter to me, I only wanted defeat it and unlock the next section.

Demon’s Souls doesn’t try to unnecessarily punish its players (counter to what I truly believed); it will actually try to help. Some sections can put a lot of enemies and real-estate between the beginning spawn point and the boss room. To avoid running through the same hallways and killing the same enemies, you can unlock shortcuts to shorten the distant to the boss. If you progress far enough in a level, you’ll reactivate elevator shafts or unlock doors connected to earlier part of the stage.

The developers at From Software also get the community involved through scripted messages players can print on the floor to share helpful hints and advice. Throughout each level players can leave pink messages and also recommend messages from other players. Some messages won’t help at all, like a message on a bed sheet saying “Sticky white stuff,” but others prove more useful. Other players warn of ambushes or recommend weapon types most effective against the enemy lurking ahead. Even after many years post launch, the Demon’s Souls community still plays, including the occasional, but always frightening player invasion. When a player’s red silhouette hard-charges in my direction, I bolt the other way and hope to survive.

After killing a handful of bosses in my 12 or so hours with Demon’s Souls, I wish I never gave up. Covered in a thin sweat, I killed the Flamelurker boss, collected his Red Hot Demon Soul and couldn’t wait to see the next enemy boss. I now understand why people love the series, while others hate it. I’m excited to play Bloodborne, but I feel like I shouldn’t skip the Dark Souls games. Unlike television shows or movies, marathons of video game series always burn me out. Too many great games to play create an exciting problem for me to solve, but I’m getting ahead of myself. Many demons still live and a lot of souls still exist for me to lose, but this time I won’t quit.