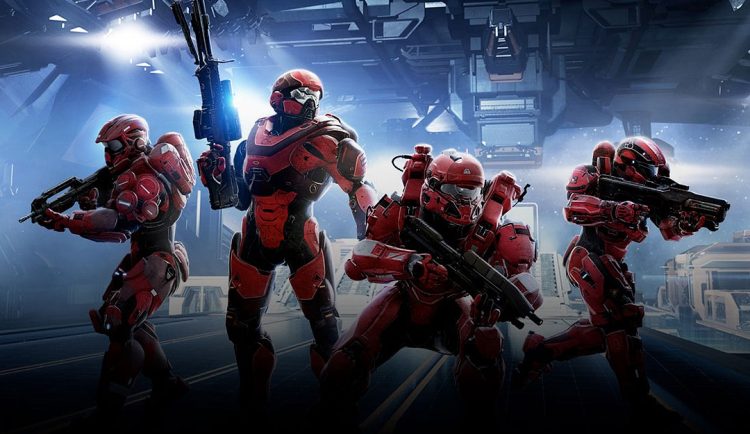 For the first time in almost a decade, a new Halo sustains a healthy, active player base. Josh Holmes, 343 Industries studio head, says Halo 5: Guardians’ player retention is the best since Halo 3. While each Halo iteration sells millions, both Halo: Reach and Halo 4 saw its player population nose dive a few months after launch. Halo 5 lives post launch because of the one characteristic many multiplayer games lack: skill gaps.

Developers roll out regular, sometimes free, content updates for their games, but content alone won’t satisfy your player base. Halo 4 released regular map packs with free Spartan Ops missions every week. Raptr, a once console gameplay tracker, conducted a case study on Halo 4 and the hours logged during Spartan Ops releases. Despite the free missions each week, they failed to stop the plummeting playtime. In December, a month after launch, Halo 4‘s weekly playtime dropped from 400,000 hours to just below 168,000 by the end of January. While a drop-off makes sense post holidays, a month later it plummeted again to just above 110,000 hours. Regardless of the combination of free content and paid DLC, the total hours played dropped faster than in Halo: Reach.

Competitive games like DOTA 2, League of Legends and Counter Strike: Global Offensive, see stability and growth in their population because of competitive skill gaps. High skill ceiling games separate average players from the best players, but it also encourages practice. No one wants to get worse at a game, and so they return to – at the very least – perform to their ability. There’s an addictive quality in competing, and an even greater feeling when competing at a high level.

Competition breeds player investment, yet it won’t matter if the game lacks in quality. I don’t attribute much to review scores or aggregate score websites like Metacritic, but they do mean something. Positive reviews for Halo 4 and Halo: Reach at least indicates a positive reception at launch. I can’t quantify the quality of either game or even Halo 4‘s post launch content. All I can say is: I played most of Halo 4‘s DLC and I enjoyed it, but I didn’t play between content releases. To keep players invested, games require both a combination of exciting content and challenging mechanics.

Halo 5: Guardians raises the skill ceiling with reduced aim-assist and fast movement. With reduced aim-assist, a lot of the practice comes in relearning how to aim an analog stick without crosshairs magnetizing to an enemy. Since Spartans can clamber, sprint, slide and thrust all over the map, precision aiming becomes even more challenging. While I dislike the aim acceleration and variable sensitivities 343 put into Halo 5, there’s no denying the skill required to play well. That only considers the basic gunplay element, not the game sense needed to excel in objective modes.

Competitive games need an approachable difficulty curve, or else they fall into niche categories with small populations. Fighting games and real-time strategy (RTS) games require incredible amounts of skill, which makes them so difficult to play effectively. Anyone can shoot in a Halo, but the best players miss the fewest shots. In Street Fighter, beginners fail to execute basic fighting moves. Not only do they fail on the execution, but landing the move as well.

With such a steep learning curve, new players in fighting game or RTSs don’t stick around. Think of a shooter’s learning curve like a series of small hills. Not all players climb over each hill, but they at least climb over some. With fighting games, the learning curve feels like climbing a mountain. If players reach the top of the first mountain, then they start to practice the advanced skills. But with most fighters, many players give up during the first climb. People want to compete with other players, not compete with the game’s mechanics as well.

Content and quality attracts players to any multiplayer versus games, but competition and the skill separation builds a strong community. These qualities don’t reduce down to simple design choices either, since each game requires balance. If developers release insufficient content, then the community burns out on the existing game. If a game overwhelms with too many difficult mechanics, then players give up competing. It may seem like 343 Industries lucked out with an established Xbox brand, but luck won’t get players to turn on their Xbox every day.