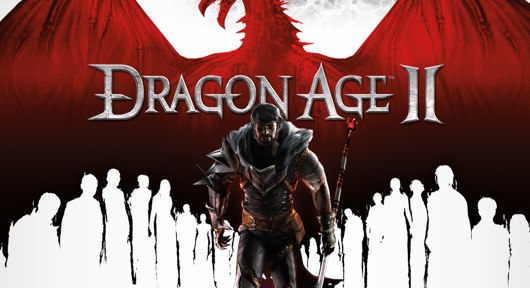 The announcement for Dragon Age 2 was an unexpected and exciting surprise, but as more details were revealed to the public, the less excited I became. It was made clear that Dragon Age: Origins was going to be a difficult experience for novice RPG players, but most had quickly learned and adapted the classic style of combat.

Instead of improving the very strategic combat on consoles to make it a smoother and more natural experience, BioWare has decided to change it. In a recent issue of Game Informer, it was reported that only the PC version will keep the “strategic combat”. This means that the consoles version will see a new system that BioWare thinks is best suited for a dual analog controller.

Now of course no one outside BioWare has seen how “Dragon Age II has a battle system more tailored to the strengths of the PS3 and 360.”, but I have a feeling it will be less about thinking for your next move , and more about how fast you can mash the buttons.

While I’m not enthusiastic about this new approach to combat, what bothers me the most is the emphasis on a new human character named “Hawke”.  All that time you spent building your characters personality, strengths and reputation won’t be seen again. The diverse amount of races and classes made your character feel like your own, but now you are forced to play the human race, the one that you currently spend all day with outside of games.

Mass Effect 2 was in the awkward position between a shooter and a RPG, so it made sense when they went in a more action oriented direction. Dragon Age: Origins was fine the way it was but a little rough around the edges, which is why the “Mass Effect 2” approach to Dragon Age 2 seems risky. BioWare has made quality products so far, so ill won’t make my purchasing decision before I have seen it in action.