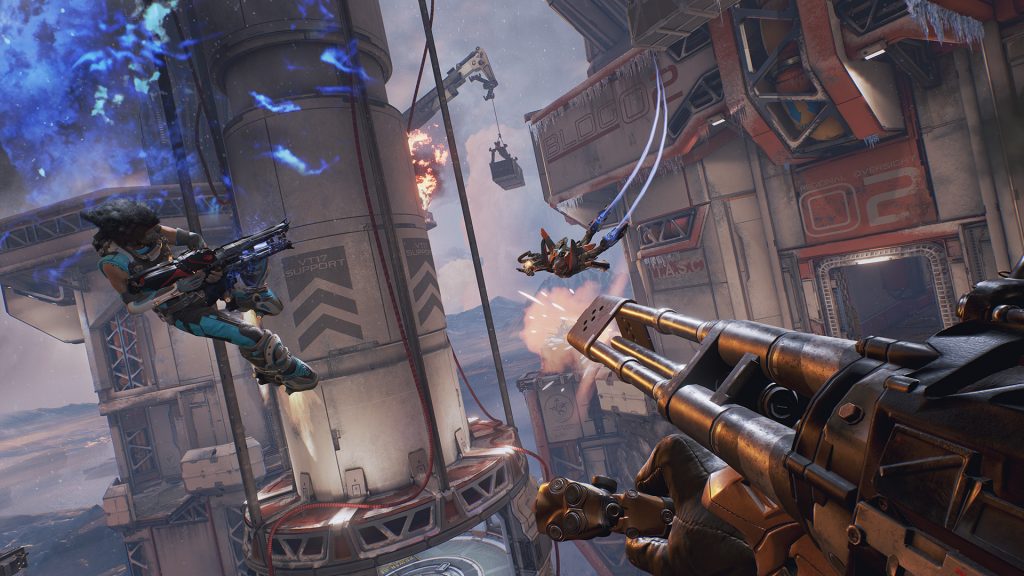 Cliff Bleszinski, Gears of War creator, co-founded the studio in 2014. He left Epic Games years prior, then remerged to continue developing games. Although he published his hero-focused shooter across two platforms with help from publisher Nexon, the playerbase struggled. Few games could compete with Overwatch’s continued support and PlayerUnknown’s Battlegrounds’ surge in players during the summer of 2017.

LawBreakers’ player population dwindled while news stories focused on its struggles. The negative press didn’t help improve player perception. With no plans to change to a free-to-play model, Boss Key moved on from LawBreakers.

Soon after, Boss Key announced Radical Heights – a new battle royale game with a game show theme. It released on Steam in Early Access on April 10. Despite the launch, Boss Key shuttered a month later. On Twitter, Bleszinski said Radical Heights “was well received, however, it was too little to late.”

Following the closure, Bleszinski released concept art for some of Boss Key’s other game ideas. One game, codenamed DragonFlies, featured ninjas riding dragons to fight zombies. The co-op game took place in a “feudalpunk” setting with floating islands. Bleszinski shared other concepts for two VR games, such as a Mario Kart-like title and a multiplayer tank game with huge vehicles.

It didn’t work out as planned for Bleszinski, who now plans to use the closure for family time.

PUBG Corp., the team behind PlayerUnknown’s Battlegrounds, is suing Epic Games in Korea for infringing on copyrights. PUBG Corp. believes “Fortnite may be replicating the experience for which PUBG is known.”

The suit applies to Epic Games Korea, not in North America, and was filed with the Seoul Central District Court.

When looking at both games, they share many similarities. Both games drop players from the sky, feature 100 player matches, close the play area with a deadly circle, and place loot around the map. Fortnite and PUBG also both run on the Unreal Engine – game development software made and licensed by Epic Games. The engine ties add another layer to the already contentious suit.

Despite the suit, PUBG wasn’t the first battle royale on the market. H1Z1: King of the Kill was the first commercialized battle royale game with the same features. H1Z1 saw its players dwindle when PUBG released in Early Access on Steam.

PUBG and Fortnite both helped and hurt different areas of the game industry. Games like LawBreakers struggled because of PUBG, yet headset makers rejoice.

“The business is doing really, really well,” said Turtle Beach CEO, Juergen Stark, “and what’s driving that — beyond our strategy and being a good quality product — is the Fortnite, PUBG, and battle royale craze.”

Over the same period last year, Turtle Beach saw a 185% increase in net revenue. “We have pulled out all of the stops to catch up our supply,” Stark told Variety.com. They plan to spend more than $4 million in the quarter to air-freight enough headsets for players.