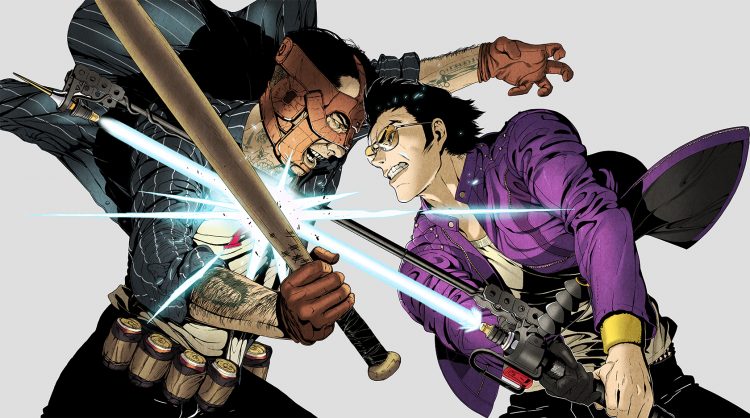 2017: The Year of Franchise Revivals

Back in June, Suda51 stepped on stage at the Nintendo Switch conference, ignored the teleprompter and confused the live translator. Although many viewers couldn’t understand Suda’s Japanese speech, all viewers needed was Travis Touchdown. For the first time in seven years, a new No More Heroes game was coming.

On August 30th, just before the start of PAX West, Grasshopper Manufacture and Suda51 showed Travis Strikes Again: No More Heroes. The 2018 target release encourages more than just the fans of the series – it gives hope for the revival of other dead franchises.

This year, we saw announcements for a new Metroid, Beyond Good and Evil and Shadow of the Colossus. These games, some dormant for over ten years, show the industry’s growing willingness to revisit riskier, smaller franchises. The Switch’s early success and Nintendo’s goal to release regular software, gave fans two new Metroid games. Metroid: Samus Returns releases this September for the 3DS, with the Switch game early in development.

As Nintendo sells consoles, other developers rely on remasters to gauge buyer interest in dormant franchises. Sales numbers for the remastered Crash Bandicoot: The N. Sane Trilogy, impressed Activision CEO Eric Hirshberg. “It’s hard to tell if that’s a vocal minority or that’s a real mass audience until you put something out there,” he said. “Crash has surpassed all of our expectations by a pretty wide margin.”

“I think we probably announced Crackdown too early,” Shannon Loftis told Polygon. Loftis, the general manager of Microsoft Studios Publishing, arrived in Germany for Gamescom a few weeks after Crackdown 3’s delay into 2018. The reveal in 2014 and the shift in focus during the four years, complicated the game’s development.

Crackdown’s delay leaves the Xbox One with a smaller, and already tiny exclusive library for 2017. Although Forza 7 will fill the annual racing quota, the platform lacks a recognizable game. The Xbox One X console delivers premium performance this November, but it will arrive without a game to back it. Even without the delay, the dependence on Crackdown 3 pressures the developers to deliver something amazing. I don’t doubt the talent at the studios, but the Crackdown name doesn’t attract buyers.

Crackdown’s evolution from 2014 shows why announcing games early can spoil the hype. When asked about the exclusive lineup this year, Phil Spencer, head of Xbox, acknowledged the problems in early reveals. “I’ve lived through announcing things too early,” he said, “and then had to live up to the hype while you’re trying to go build the game, and I’m learning.”

Early announcements for games like The Last Guardian, Kingdom Hearts 3 and Final Fantasy XV, tortured fans for years. When developers don’t provide updates on the development, the expectations grow alongside the concern. If development fails, games can get canceled, much like Scalebound – another early announced Microsoft exclusive. Spencer aims to reveal games closer to launch, so expect nothing more than Super Lucky’s Tale, Cuphead and Forza 7 later this year.