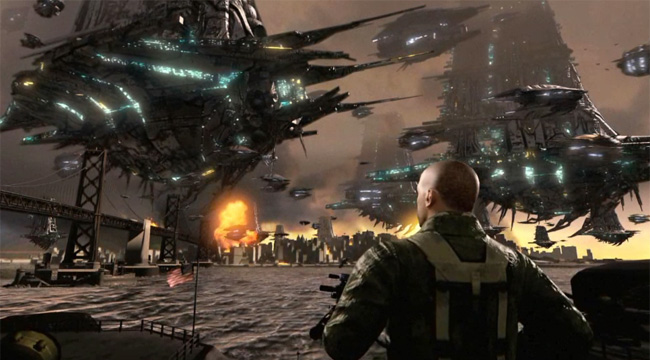 I was a proud supporter of Resistance: Fall of Man because of how much fun it was tagging people with the Bullseye, and playing multiplayer with a buddy, but many reviewers seemed to disagree. With expectation a lot higher for the sequel, many people were left impressed with what Insomniac had done, and I was left with a very forgettable experience. What I noticed immediately was how much different the game felt and looked compared to Resistance 1; not good different, bad different. While playing through the campaign, I couldn’t help loose the feeling that something wasn’t quite right, almost like eating an unseasoned steak. There were some impressive sequences that I really enjoyed such as the large scale bosses; however it would have been nice to encounter them more often.

After completing the single player campaign, I jumped into a 60 person multiplayer lobby just to give it a try to see what people were raving about. Once again, there were dozens of cool and unique ideas, but there wasn’t something that made it stand out — it only had all the necessary requirements to be a solid first person shooter. There is nothing terrible about Resistance 2, but with the market full of great shooters, there isn’t something that makes Resistance 2 worth playing over the other shooters like Call of Duty or Battlefield.