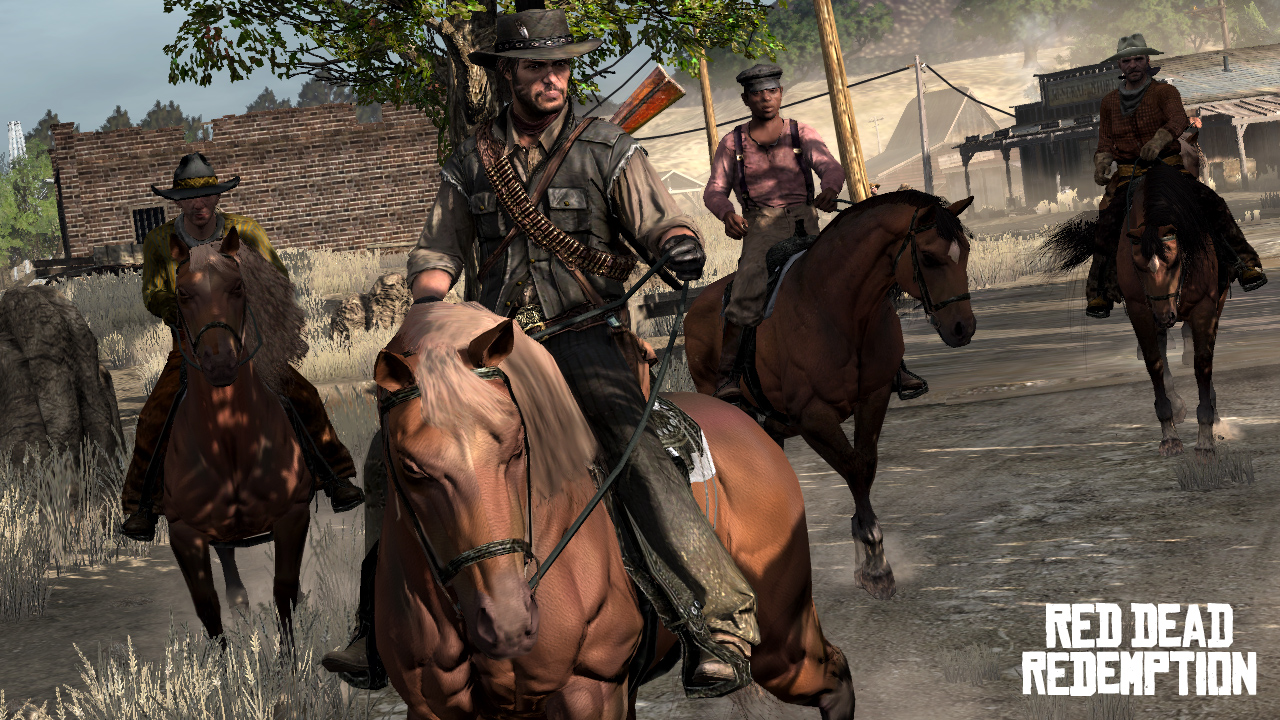 I was visiting New York for a week for a school trip, and one of my friends couldn’t hold back his excitement for Rockstar’s new old western game Red Dead Redemption. I didn’t think much of it when the Toy R Us cashier was ringing it up for him up; I thought it was just another Grand Theft Auto-esque type experience, something I wasn’t particularly interested in with other games releasing around that time such as Blur, Split/Second and Alan Wake. When I flew back to Toronto and read some reviews and listened to some podcasts discussing the game, it only took one person to dismiss any chance of playing it, that person I can’t remember, but they described it as Grand Theft Auto with horses. So with the summer video game lull currently still fresh, I decided to take a chance with Red Dead Redemption when it dropped to $20, turns out, that Grand Theft Auto with horses description was mostly accurate.

It was always how much you could do and what you could do that made Grand Theft Auto games so popular, which is probably why Rockstar never had the combat or character control comparable to other third-person shooters. The open world aspect has always been Rockstar’s strongest yet weakest argument, it provided an environment on such a large scale often not seen in other games, but the mechanics were always a notch above functional. The same sort of strength and weakness applies to Red Dead Redemption, horseback riding controls fine when in open fields, shooting bandits and other rebels has improved from Grand Theft Auto 4’s auto aim, but the cover system is still really awkward and controlling Marston feels like moving a tank a tank through a narrow street. I often felt like I was exploiting the game because the A.I. was unintelligent, never making any attempt to flank or even moveto other cover. In firefights, it was a camp off; who would catch their opponent peeking over cover too in order to land a few consecutive bullets would win.

The combat, specifically when used to kill other people, was always my least enjoyable moment during main story missions. Going into cover is clumsy as you slide all over the place, and also equally difficult when moving to a pin point location near a rock or crate due the unresponsive controls. Probably the hardest thing to do was multitasking shooting people behind you, while maintaining speed on your horse, steering in along the track so you won’t ride off a cliff. It’s a lot of things to process all at one time though usually multitasking becomes easier as you repeat the motions, but unfortunately it doesn’t. Now you begin to heavily depend on the “Dead Eye” mechanic which slows down time and allows you to mark targets for John Marston to auto-kill. You might view it as a core mechanic; I view it as a quick cover up to the main problem, spotty controls and boring shooting sections with cardboard A.I. 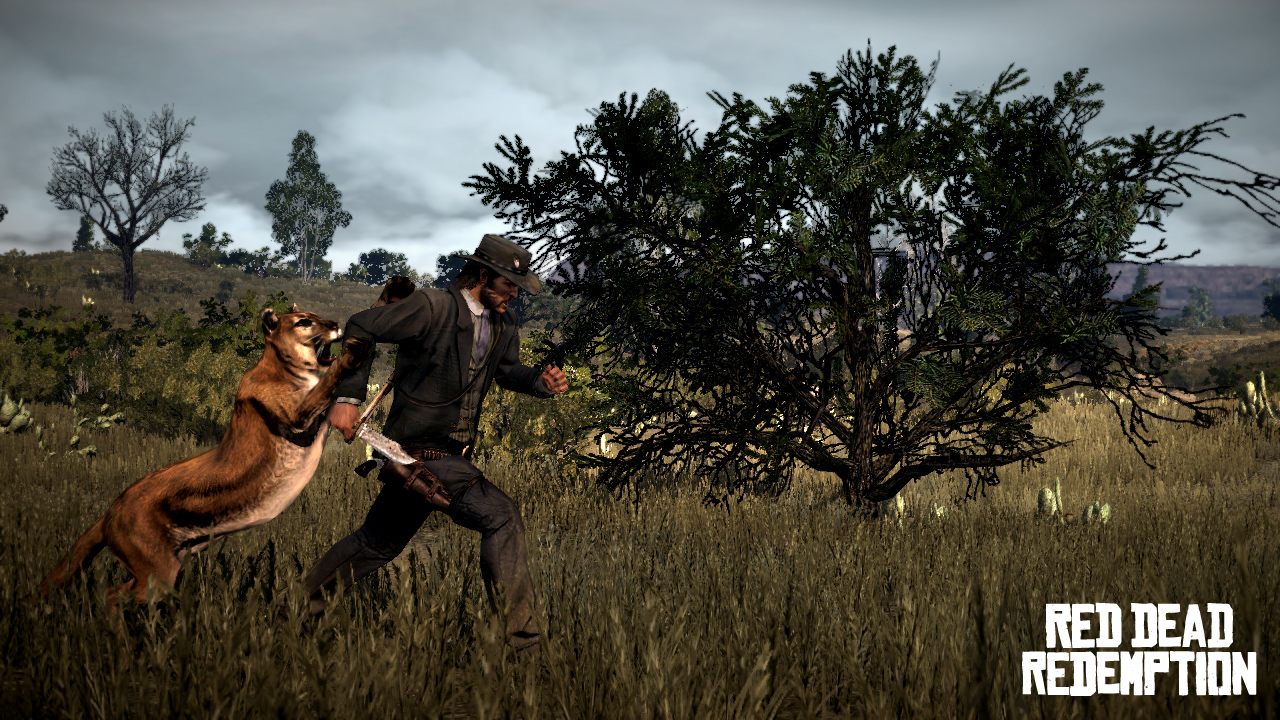 To get the rest my frustrations and negative views of the game’s mechanics out of the way, I feel like I have to point out that people, or at least the majority of players would fell deeply in love with Red Dead, have this sort of soft spot for Rockstar, a soft spot that unknowingly makes them forgive the problems of the game, such as the story. The story is about John Marston who is out to kill a former gang member because he wants to keep his family safe and live a normal life. That’s it. Half way through the game, his target flees to Mexico, where this goose chase continues. In order to find where he is, you spend all of your time doing things for people who can’t even guarantee some information to inform you of your target’s where abouts. And even if you know that the task presented to you will lead to nothing useful, you have to do it; no choice is given to you, even though you know burning down some houses won’t provide any useful reward.

All of that being said, I don’t think Red Dead is just a completely broken game with a razor thin plot, the believability of the people, and the dynamic wild life make and otherwise lonely and dusty desert, so absorbing that you want to just let it suck all your time away. I had a whole mental list of what I wanted to do after the main plot. I wanted to just ride my horse into places I’ve never been, hunt and skin all the different animals, take part in the many gambling games, and even rack up a few achievements that seemed fun to do. One achievement required me to hunt and skin 18 grizzly bears, a task that was both time consuming but well worth the effort, even if it only rewarded 5 points. But I didn’t play as much as I had thought I was going to, the main story missions drained me of most of my desires to continue playing, disappointing since I went from not being at all interested in the old west, to wanting a better experience with it.

The old west is a rarely visited era in video games, and Red Dead Redemption showed that it is worth visiting if the effort is put in. The sheer scale of the world and the amount of things one can do might be enough to please people looking for another Grand Theft Auto type experience, but it doesn’t cover up the fact that the actual mechanical game parts of Red Dead need large amounts of improving. Rockstar’s Grand Theft Auto recipe has remained the same over the years, with new ingredients added to provide a familiar but slightly different flavor. Red Dead Redemption might not take place in a busy city, on busy traffic filled roads, but the Grand Theft Auto recipe of travelling the land killing people to progress the story has remained the same. Being able to play as a tough skinned cowboy in a world moving towards modern technology is a unique and new experience that has never been done before in a game. To say I didn’t enjoy my time spent in the dusty deserts and the snow covered mountains is completely untrue, though I can say that my enjoyment didn’t come at all close to the 95 Metacritic score the game currently has. There is a lot of content packed onto a single disc, but like they tell you in school, quality, not quantity.