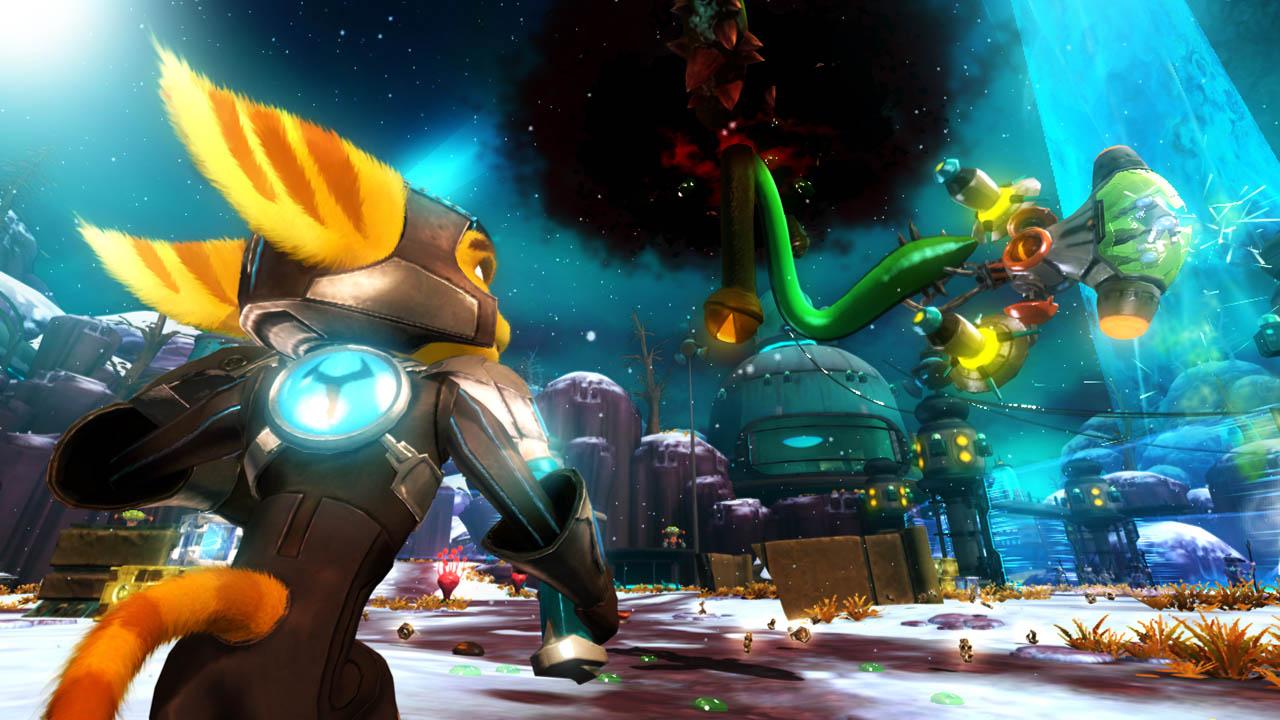 I know there are a lot of Ratchet and Clank games spread across the PS2, PSP and PS3, but the two I immediately recall are Ratchet and Clank: Deadlocked, and Ratchet and Clank: Up Your Arsenal. It was my first exposure to multiplayer with voice communication on consoles, though unlike myself, my friend was in the thick of it; often looking for an advantage over the other players, even going as far as “Taping”. This was a process where you would put a piece of marked tape at the centre of your T.V, to mark the crosshair for sniping while not scoped in. It’s a different look at what was considered “noob” before the modern generation where scoping in and lining up your shot is apparently labeled as “hard scoping”, therefore “noob”. But I digress.

Insomniac continued to make games not because of their multiplayer; it was the single player portion aiming to offer a unique but specific style that featured an obscure weapon selection, surrounded by a comedic tone. So last week I bought – or rather stole Ratchet and Clank: A Crack in Time for a measly $5 at EB Games, with full knowledge of Tools of Destruction and what story it might have started.

I wasn’t surprised to be unfamiliar with some of the story’s seasoned veterans; I expected to feel somewhat confused by some of the past references to characters or historical events. This wasn’t solely the game’s fault; it’s what comes with playing a sequel to a game I haven’t played outside of the demo. Nonetheless, I was excited to play; the animated aesthetic was refreshing from the previous game I played, Red Dead Redemption, which was full of brown dusty deserts populated with realistic vegetation and animals.

The weapons though are not tied to story, allowing anyone to appreciate the core of Crack in Time. They are all completely unique not just by appearance, but by their range of effect, statistics and results when used on different kinds and amounts of enemies. Near the end of the game, gaining new weapons didn’t matter as I was satisfied with the ones I currently had available to me. My affection for throwing down a Groovitron (a disco ball with irresistible urges to make you dance) and killing the dancing enemies with the Sonic Eruptor(a sound wave emitting frog at the end of the gun) came from a level of creativity I found myself admiring the entire duration of the game, therefore never wanting that much more. But the idea of having a large arsenal of weapons to choose from makes the experience personal, as you would favor a weapon that suits your tastes. 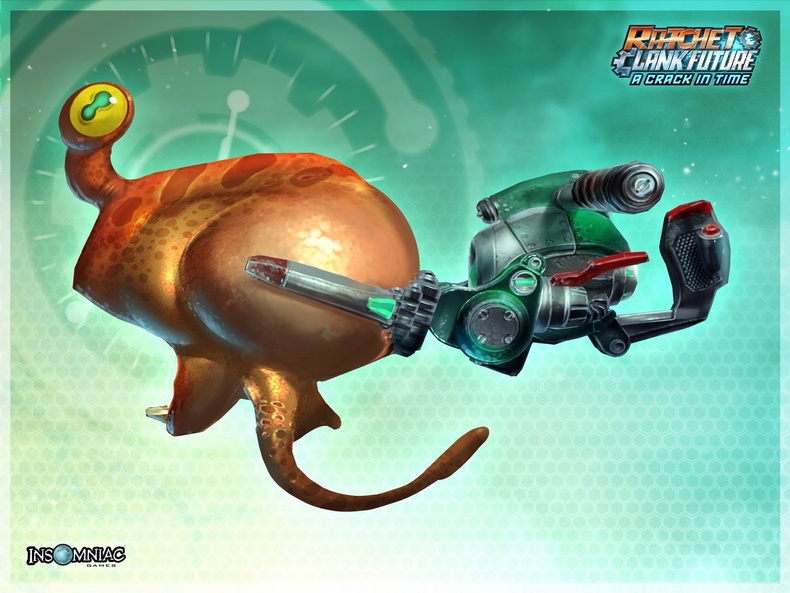 And although it feels like the Ratchet and Clank games haven’t evolved much from its linear structure and standard cast of characters, I realize why Insomniac has made so many games in the franchise, it’s because they have created this universe where they can let their creativity and dreams flow. Aside from a couple of other titles, there aren’t many light hearted stories in games these days, so being able to have that variety with Insomniac’s long running franchise is welcomed.

In the same vein, I feel like my view of the franchise as a whole is sort of skewed to the positive side of the spectrum because I can really only account to having completed two Ratchet and Clanks, unlike most fans who have played most or all of them. I don’t know what the censuses is on Ratchet and Clank; I can imagine an audience who appreciates the obscure arsenal of weapons, albeit fatigued similar to the movement with games like Call of Duty or FPS in general. I’m interested in talking to someone who has been there from the beginning; to understand why they continue to play, or have stopped as new hardware emerges.

While playing I often thought, “I wonder if they are going to make another one of these” and of course, I completely forgot the co-op focused Ratchet and Clank: All 4 One. I found myself not craving, just interested to see more of the co-op focused adventure. However, I prefer to play alone while going through the story portion of a game, so the whole co-op aspect is something I see myself overlooking, or at most trying after I have completed the game alone. It’s hard to judge if I want more Ratchet in Clank in my gaming sessions since I have just finished Crack in Time recently, but I think come October, if I’m not overwhelmed with school work, I would definitely be open to playing another Ratchet and Clank game, it’s just a question of if everyone else is as open as I am.