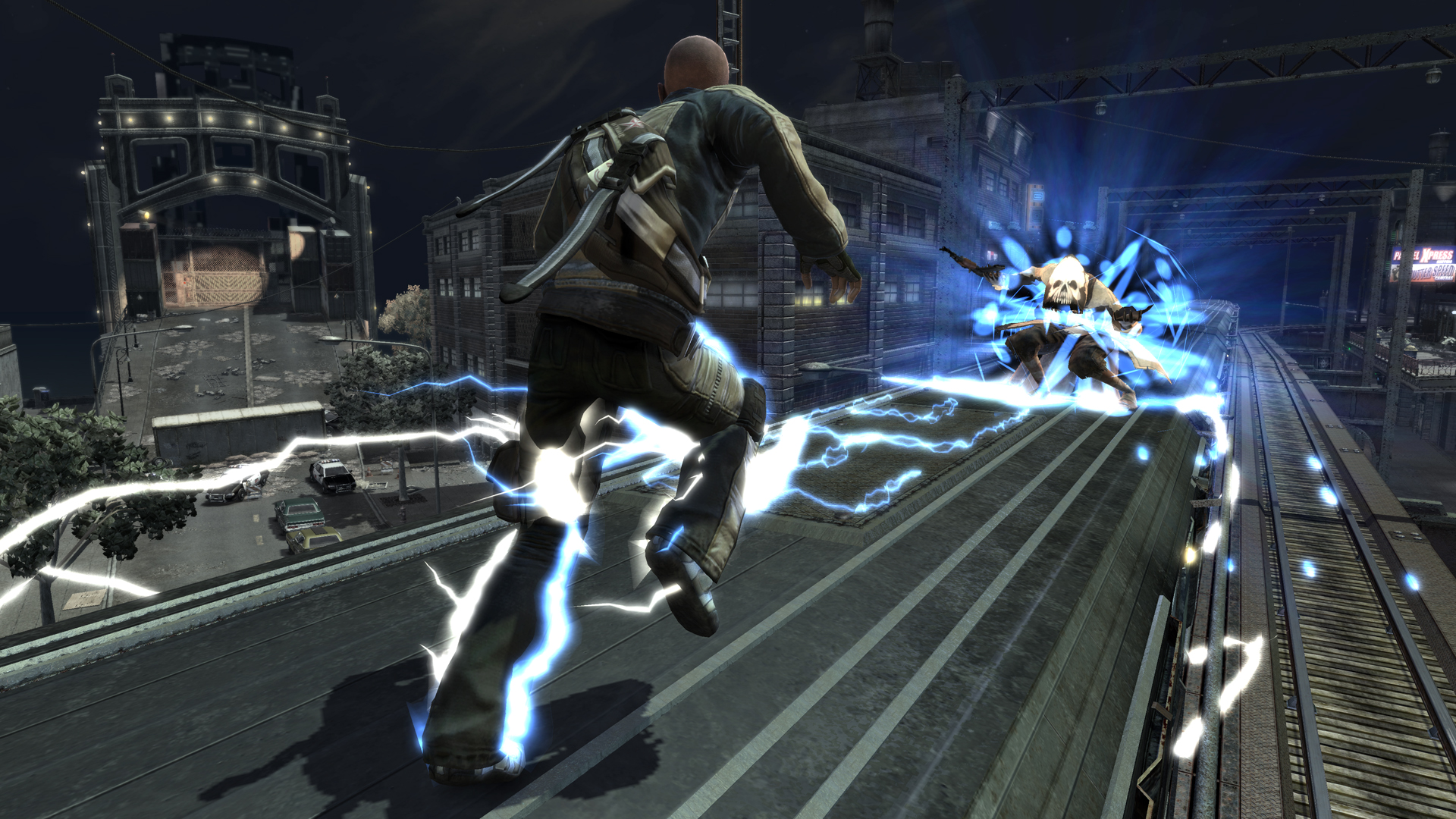 A lot of my favourite open world games like Grand Theft Auto 4 and Assassin’s Creed 2, had great stories to propel me forward to progress through the plot. InFamous doesn’t fall into that category because the story doesn’t become important until you are two thirds completed.  During those two thirds, you are trying to achieve the impossible and escape the quarantined EmpireCity, fortunately an FBI agent offers to help as long as you lend her a hand.

Once your main objective is presented to you, missions will need to be completed, and some of those missions loosely relate to this FBI agent’s request. No matter how ridiculous or out of context some of the missions might be, there are plenty that are very original and extremely fun to play. The best missions in InFamous are those of which embrace Cole’s unique electrical abilities, to create a completely new and fresh experience.

Cole’s arsenal of different techniques or abilities is one that is extremely devastating, but also the best part of InFamous. Unlocking the next level of an ability will always be in the forefront if your mind, which creates this uncontrollable desire to continue doing the occasionally tedious side missions. During these missions your actions reflect your social status within Empire City. Your personality can only be good or evil, and this creates the absence of some type of middle ground. Your social status determines what kinds of powers are available to you, forcing you to pick one side.

InFamous is a very involved game that rewards you for mastering and utilizing a whole controllers worth of mapped abilities. Refinements to the platforming and more variety in the side missions and environments could make the sequel one of the best games this generation. Cole might be a generic character, but the way he handles his powers shows that there is some depth to him. InFamous is a great time from the moment it begins to the moment it ends, making this a must buy for every PS3 owner, especially since it’s only $30.