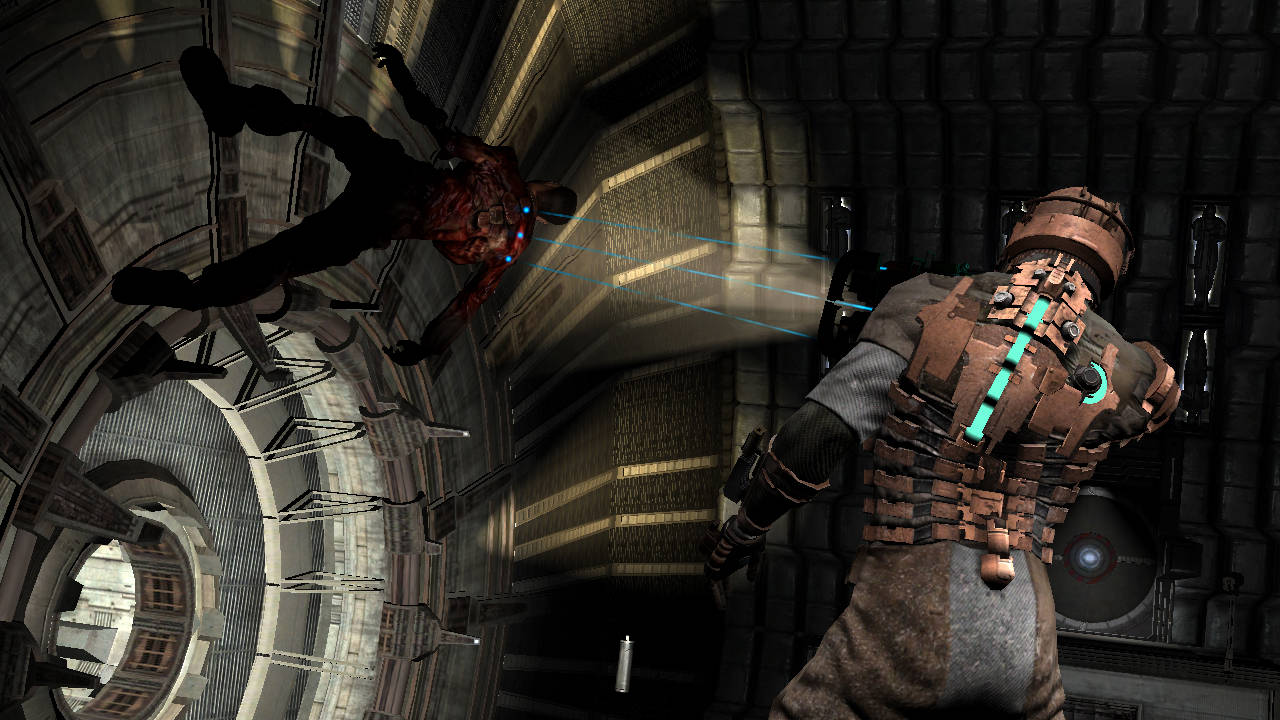 When I first saw Dead Space in action around the time of it’s release, it left the impression that it was a trying to do something different with it’s HUDless approach. Adding no HUD to the tight dark environments, it was the perfect stage for a survival horror game. But the problem with Dead Space is that a monster can only pop out of a corner so many times before it loses it novelty. But what doesn’t lose it’s novelty is the dismemberment of the creepy crawlies, then picking up it’s leg and shooting it back at it’s face.

If I could describe the main Character Isaac in one word, it would be Unlucky. Every time you set out to complete an objective, something ALWAYS goes wrong and side tracks you for a moment. At times this can be an annoyance and it feels like they are artificially stretching the game further, just to add some more play time. I appreciate the developers adding more content to the game, but I just wish they better incorporated these chains of unfortunate events. Needless to say, Dead Space was enjoyable from start to finish, and there were sections such as the Zero Gravity puzzles rooms, that I wished showed up more often because of how creative and fun they were. After paying no attention to Dead Space 2, I look forward to seeing more dismembered limbs on the floor, and flying through the Zero Gravity rooms.