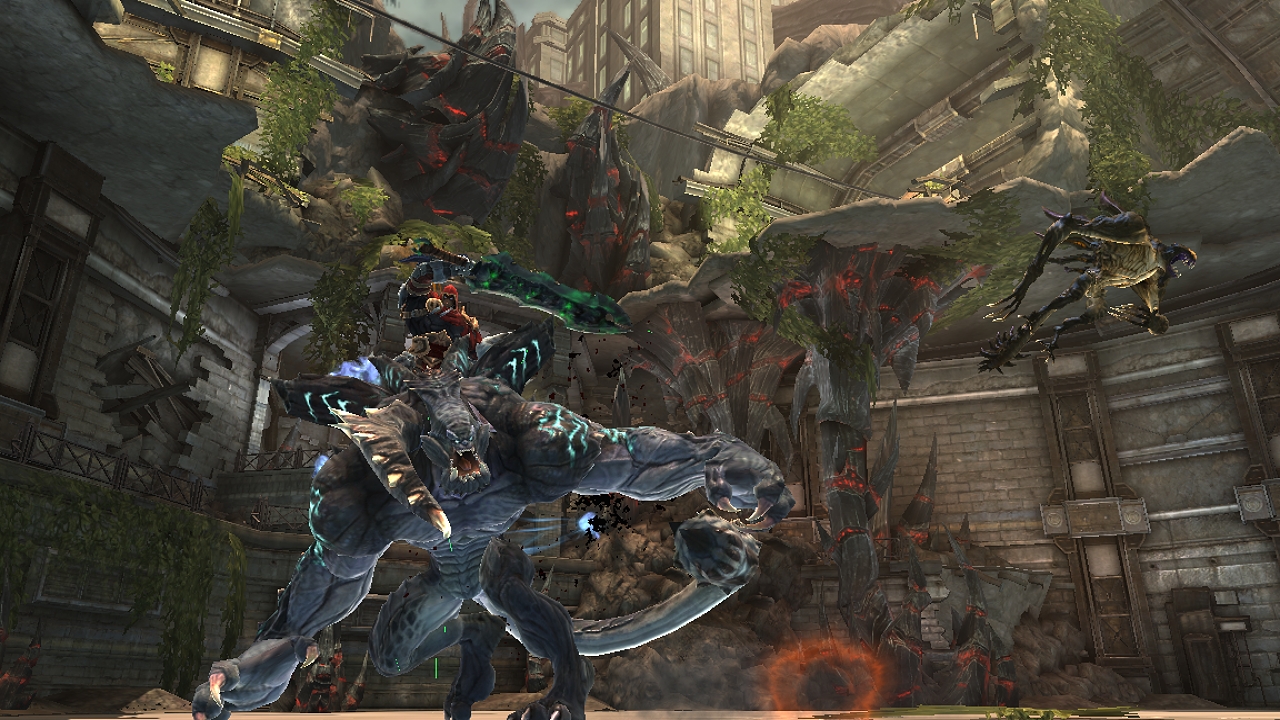 The summer video game lull isn’t so bad if you use the time to catch up on games that you have either missed because of badtiming, lack of funds, or even just decided to wait until the price dropped to a point that felt comfortable. So far I’ve managed to wrangle up a copy of Dead Space 2, Darksiders and Read Dead Redemption, all for very reasonable and affordable prices. Dead Space 2 is completed and reviewed, while just today I finished off the remaining task that was defeating the last boss in Darksiders.

I wanted a game that would strain my brain or at least use it slightly, so the decision between Crackdown 2 and Darksiders was a fairly clear one when analyzed momentarily. Darksiders often drew comparisons to Zelda because of its progression of acquiring new gadgets or equipment that you would use to get to places that weren’t possible before. It seemed like a safe choice to be completely honest, I knew exactly what a Zelda game offered, and I knew that it was something I always had enjoyed. But it took a while for the comparisons to Zelda to make any sense. Darksiders was a lot more action heavy than I had originally anticipated, so heavy that there was even a list of combos to browse through.

As new moves were purchased and new weapons were added to my arsenal, the combat ended up being a great supplement to puzzle solving I had originally wanted. Alternating between the combo driven gory violence and slow analyzing of the unfamiliar landscape, provided variety throughout the experience, not letting a single component weaken through fatigue. The combat involved counters, blocks and a mixture of weapons both ranged and melee, features of a game that solely concentrated on action. The same depth applies to the puzzles that didn’t just involve moving around blocks or tipping over statues, it was also full of obstacles that required proper timing and thinking not just logically, but creatively. 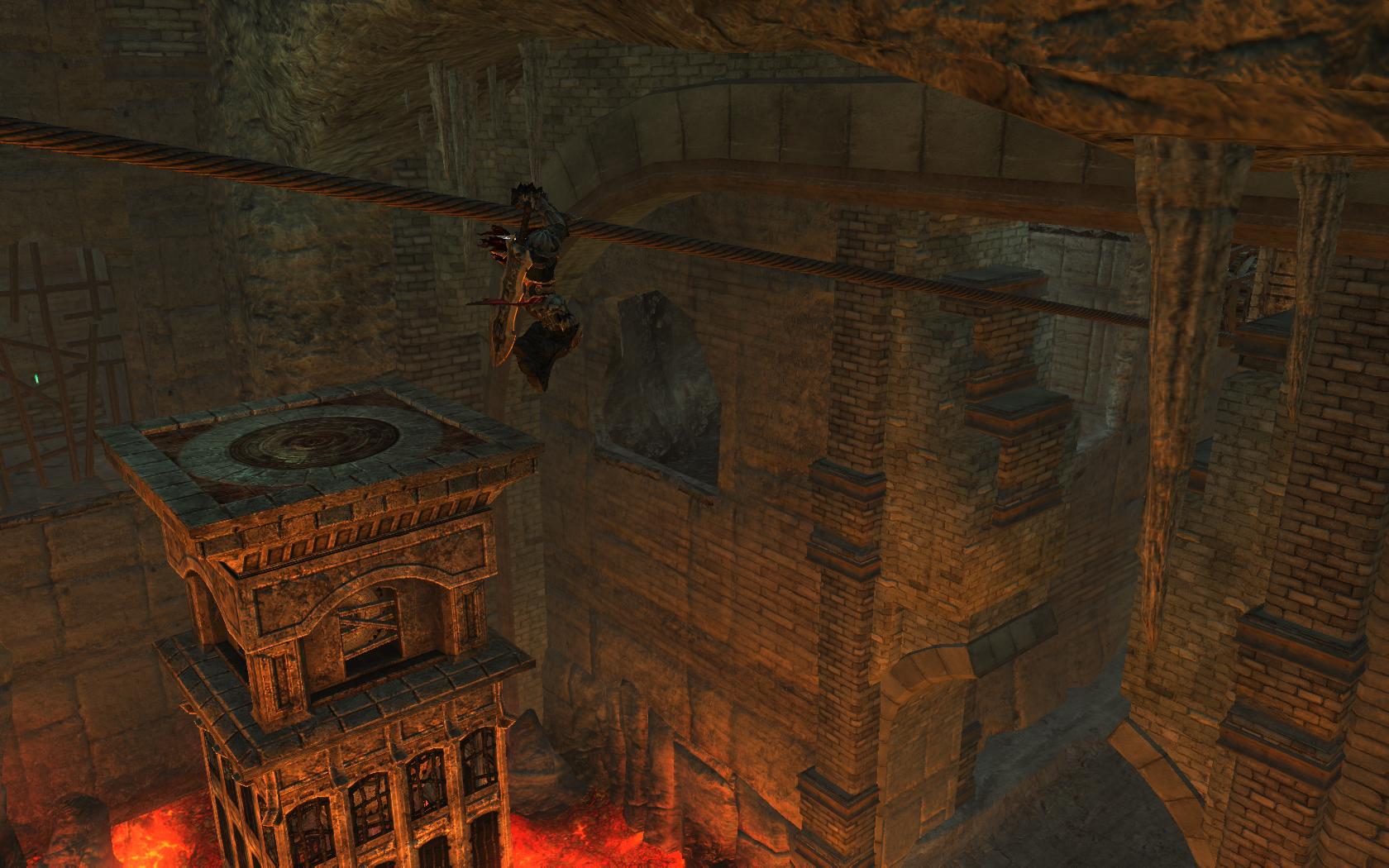 These thinking moments were when the game shown brightest, they never stumped me, but mostly challenged my intelligence. I remember quite often laying out a plan to solve the problem in my brain and then see it visual come together produced a feeling of accomplishment that didn’t feel fluky or undeserving. That accomplished feeling never fully was delivered through the combat as there were a significant amount of instances, particularly near the end, where the lock-on mechanic was making it more difficult to stay alive.

In this modern era with an evolving action genre where manual lock on is non-existent, dedicating a button purely to focus on an enemy is redundant. Most games now feature the behind the scenes lock on where it focuses your characters attention based on the direction the analog stick is pointed, in respect to the direction the character is facing. It wasn’t a huge issue since the lock on isn’t automatic, but it was one of a number of small issues that sometimes diminished the quality of the experience.

A quality experience for $20 is always an awesome thing to come by, but I wish the quality was reflected through the entirety of Darksiders. Darksiders involved a very boring protagonist named War, a characteristic you wouldn’t expect from one of the four intimidating Horsemen of the Apocalypse. But in fact his character is generic tough guy that won’t reveal his feelings, nothing about him is really at all relatable, a key feature that ever protagonist should at least have.

A sequel is set to release sometime in 2012, and I feel like I did the right thing in buying Darksiders to give it a try just in case it turns out to be a great franchise. Based on the E3 2011 trailer, Darksiders 2 should take us through the eyes of the 2nd Horsemen, Death. Now I understand they are based around stories of the Bible, so I’m willingto forgive the ingenious names of these four riders. Vigil doesn’t do a lot to innovate or reinvent action or adventure genres, but much like the Uncharted series, it takes what is already loved and appreciated by people, and incorporates it into its universe with many refinements of the actual execution. Darksiders may feel a lot like Zelda or any competent action game this generation, though I can also confidently say that I have used my summer video game lull time wisely.