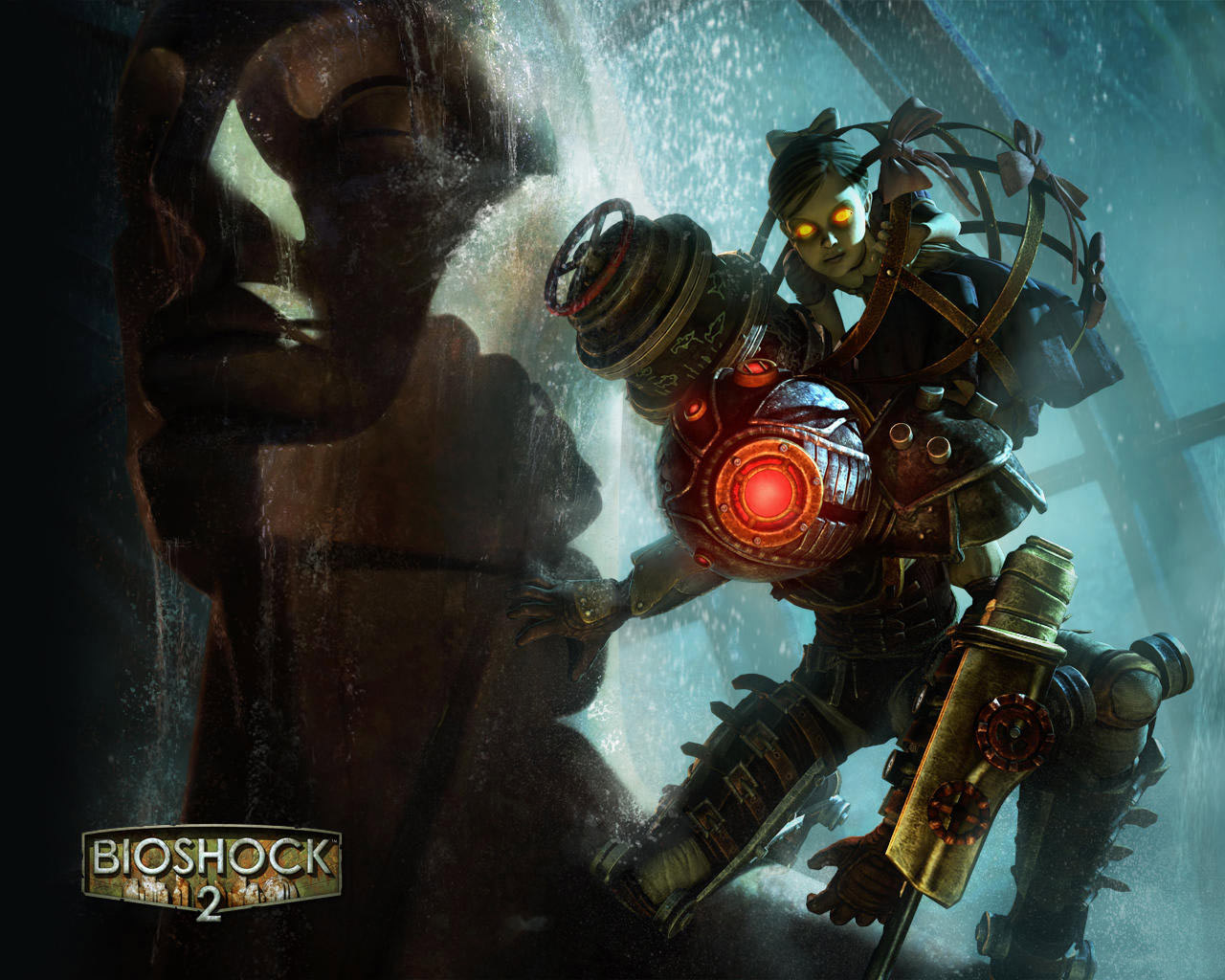 BioShock’s story ended with a dead end, and the only direction it could go was back — which was why BioShock 2 didn’t seem like a good idea. You play as a prototype Big Daddy and frankly, it doesn’t feel like you are one at all. Compared to the main character Jack in BioShock 1, you don’t feel tougher. When you hear those slow and heavy footsteps, you still shake in your boots. Your boots that happen to be part of a Big Daddy suit, which doesn’t mean shit because you still get your ass handed to you.

BioShock 2 was developed by a different team, and while playing I got the feeling that they were too scared to take a chance and change any core elements. BioShock 2 seems to follow the same structure as the first, and because of this it still retains repetitive sections such as constantly checking corners and bodies for loot, and using plasmids to stun enemies for easier kills.

What also became repetitive quickly was the act of harvesting or saving a little sister. If you chose to adopt the little sister, you could go around collecting ADAM protecting her from the Splicers, but it’s not fun when you collect ADAM 4-6 times per level. The dialog is well written and it’s interesting to listen to the audio recordings, trying to imagine what that person was going through. Though the main characters have very different motivations and personalities, it is quite obvious they have just filled in the roles of Andrew Ryan and Atlus.

While not much has changed, they have improved on things like hacking machines which is a lot less time consuming and repetitive, and the concept of dual wielding plasmids and guns. Though I didn’t enjoy BioShock as much as others did, it was the visuals, sounds and atmosphere that kept my interest.  While showing you how depressing and hopeless Rapture has become, it still manages to look like a colourful and unique place to live, despite the large amounts of corruption and destruction.

Going back to Rapture for the second time isn’t as shocking, but it is still worth it to see what has changed. Though there isn’t any huge plot twists like in BioShock 1, it’s still interesting enough to keep trudging through the boring repetitive stuff. BioShock 2 wraps up well, and the last quarter of the game is really impressive.  It’s unfortunate that 2k Marin didn’t make the whole game like the last quarter, but I’m sure we will see something different in BioShock 3.