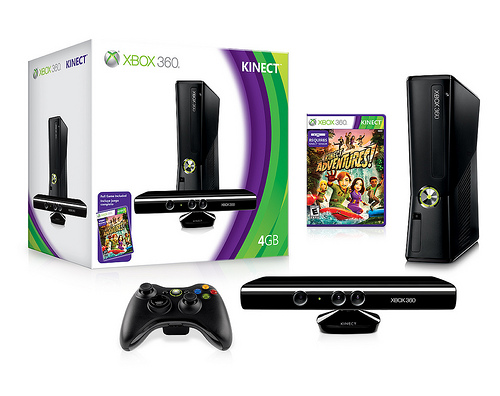 After numerous rumours, retail price listings and speculation, Microsoft officially announced that Kinect will be sold for $150 and will include the game Kinect Adventures, or a console  bundle that includes 4GB of storage and Kinect for $300. This price does not come as a surprise since most major retailers such as Amazon and GameStop initially listed Kinect  for $150, though the actually reality of that price seems too steep.

Kinect games at launch will be $50 which makes sense since most Wii titles are the same price, but it doesn’t matter how much the games cost because there isn’t any that I want to buy. Sure Dance Central looks like it could be fun, but is it worth spending $150 to play one game that I don’t even think will work properly when in tight areas like my room.

Even if I had enough space, jumping around on the top floor with Hip-Hop music playing in the background and hearing constant bangs and thuds, I can see it becoming a real annoyance towards other people in the house.

Down the line if more core games decide to integrate Kinect as a an important component then I would feel more inclined to buy one, but if it’s something like a grenade throw that is replaced with a arm swing, then I’ll pass. With enough marketing behind Kinect it should sell well this holiday, but there still isn’t a reason for people outside of your mom or girlfriend, to go out and spend $150.