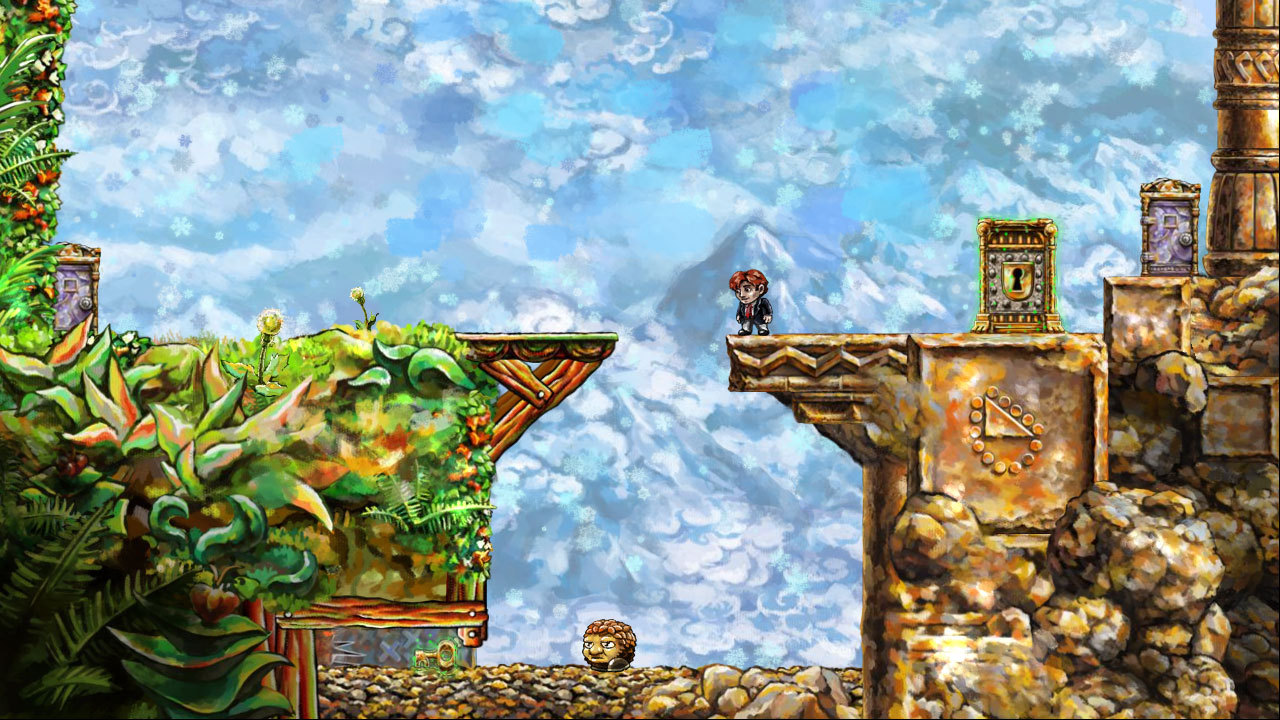 It was coincidence that I bought the Humble Indie Bundle and “Indie Game:  The Movie” a few days apart from each other. Although the bundle included games I already played such as Limbo, Super Meat Boy and Bastion, I’ve always wanted to check out Braid and Amnesia: The Dark Descent. I am not a stranger in the indie game space, though not at all an expert either. I know of the process of independent game development, but the critical praise and buzz around the movie was enough to have me purchase it anyway.

I didn’t want to analyze or break down the movie, that’s not what I write about.  After watching the movie intently and getting a candid look at the people behind Fez, Super Meat Boy and Braid, I decided to finally play Braid. That was a mistake.

It’s not that I think Braid is a terrible game, it’s actually the opposite. The problem I had following the movie was separating the developer, Jonathan Blow, from his game. Every level, every piece of written text or drawn art – created by him or someone else – brought thoughts of him to my mind. I wasn’t able to get fully involved in the game or really concentrate on the puzzles in front of me.

After I saw Jonathan Blow in his home, speak of his life outside of just programming, and creating Braid from small ideas, the movie attached this baggage to his game. This unexpectedly developed a burden I carried through each of the six worlds. When I wanted to stop, I felt like I was disrespecting the hard work and passion put into the game. I didn’t like this feeling; I didn’t want to continue because of this sympathetic reaction to the process of creating Braid exposed in the movie; I wanted to continue solely on my own merits.

When I think about it, I don’t owe anything to anyone. The fact that I even feel this way is sort of ridiculous. But I can’t help it.

I even think back to my time with Super Meat Boy – a game that I eventually stopped playing.  I slowly lost interest and could no longer handle the frustration of trying to complete each level. I understand the appeal, I get it. But at the time, I had enough of jumping into saw blades and missing obstacles, so I stopped playing.

This movie made me feel like a terrible person; that’s the one issue I really have. Rather than just purely informing the viewer of the process each developer went through in order to complete their games, the movie appeals to your emotions and tries to get you to feel sorry for them.  Apart of me is sympathetic for these hard working people as they sacrificed alot to make the game they dreamed of, yet I wish I didn’t have this feeling like I owe them something. As much as I want to play Fez, I now fear that I will have a similar experience to Braid. Every time I discover a new room or encounter a strange object, I fear that I will wonder what Phil Fish was thinking when he created that room. The movie is well done and does justice to each developer, but it’s the culprit for my changed perspective, a perspective from the developers – something that I wish I didn’t have.

I look to games for enjoyment and to experience something memorable or unique. Playing Bastion, Limbo and Braid will all be memorable experiences to me personally, though I don’t want to remember them for the sacrifices each developer made in order to complete their games, I want to remember them for the great time I had with each of them. It’s important that all of us who play games understand what needs to be done in order to finish a game; we need to know that there are people behind the code, not just machines. Would I recommend someone watch the movie if they are an aspiring developer? I would definitely not. The reality is much more depressing than the dream, even for someone like me who just writes about games.