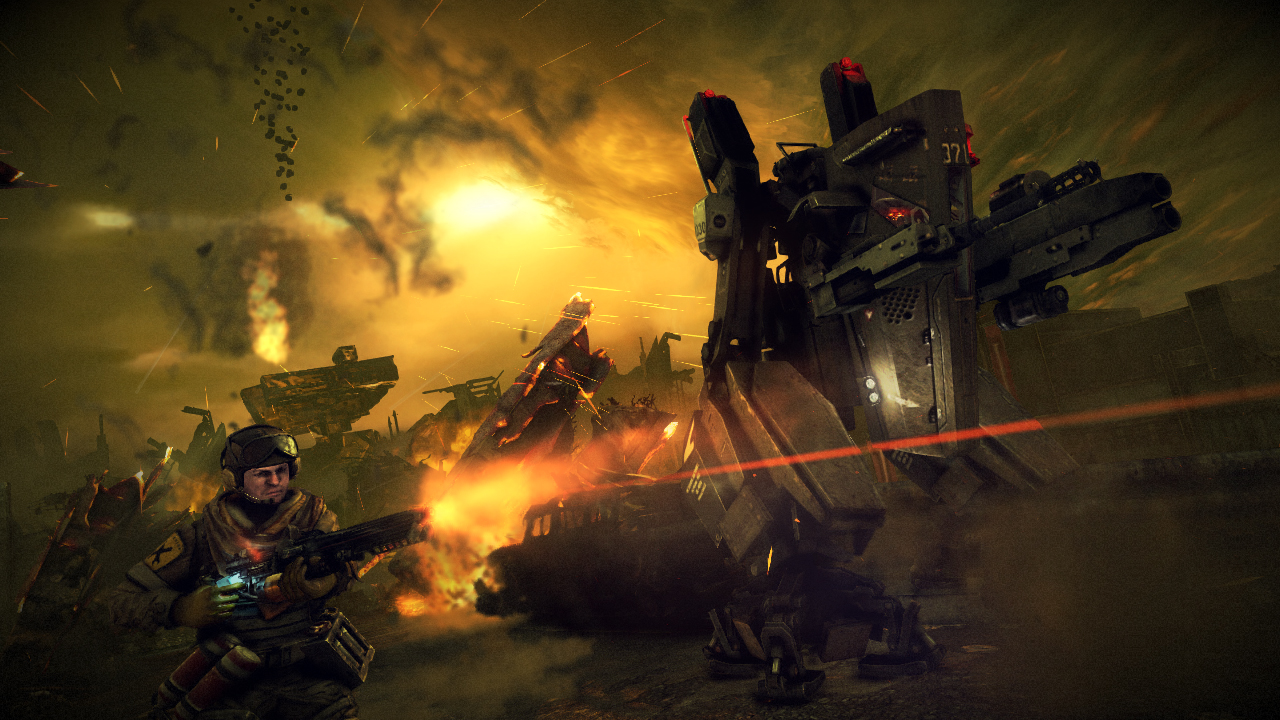 I have always wanted to diversify my video game library, since it consists of mostly shooters that I purchased before I really started to develop a love for single player games. I remember telling myself during the last days of 2010, that I would try to move away from these shooters and only buy the ones that were important or console exclusive.

This year I have already bought Call of Duty: Black Ops and have developed an interest in games like Brink and Killzone 3. Looking past the first quarter of 2011, I struggle to pick only a few shooters to buy out of the many games that appear equal in quality. I really do want to buy story driven games or games that offer a unique experience, but it’s difficult to choose the unique games when majority of the selection is filled with great shooters.

Now it’s not that I am burnt out on shooters and have created a commitment to not buying any, it’s just I want to learn the difference between wanting to buy a shooter, and feeling an obligation to buy a shooter. Killzone 3 looks great, but I doubt the story will provide something that I haven’t seen before, which is why I think Killzone 3 falls into the category of “Shooters I feel obligated to buy”. The FPS genre excels in it online component, but playing on PS3 where none of the people I play with is not very appealing.

Another PS3 exclusive that falls into this category would be Resistance 3. Resistance 2 felt very different from its predecessor, and it never created the feeling of me wanting more out of the franchise. The release window for Insomniac’s next FPS is also very inconvenient considering it launches with games like Gears of War 3, Uncharted 3, and other known franchises. I hate passing up on exclusive games because I feel that they are the games the make multiple console purchases justifiable.

A non-exclusive game that I am very interested in is Brink, mainly because of the parkour elements used to traverse the environment. It’s not clear if Brink offers a single player experience, but if it’s only multiplayer, it wouldn’t make sense to get involved in a community when all of my friends will continue to play Black Ops until the next installment in November. A solid date of May 17th has been announced for Brink’s release, and on that same day L.A. Noire also launches for the PS3. I never like having to choose between two great looking games, though L.A. Noire looks like it can provide a memorable experience.

Now there are games like Gears of War 3 and Ghost Recon: Future Soldier that fall in between these two categories. I want to play these games, but at the same time I feel that I wouldn’t be missing anything that would make me regret not playing them. Gears of War is notorious for having extremely buggy multiplayer, which happens to be the portion of the game that most people enjoy. Ghost Recon has fallen under the radar and it is unclear when it will be done, or if it even will release in 2011.

I hope my weakness towards shooters won’t affect the purchases of games like L.A. Noire, Dragon Age 2 and Ico/Shadow of The Colossus bundle. I don’t want to stop buying shooters all together; I want to learn how to determine the difference between games I want and games look interesting. I’m sure most of the shooters I have talked about will be great games; it’s just difficult choosing a few shooters in a market where the genre is so popular.