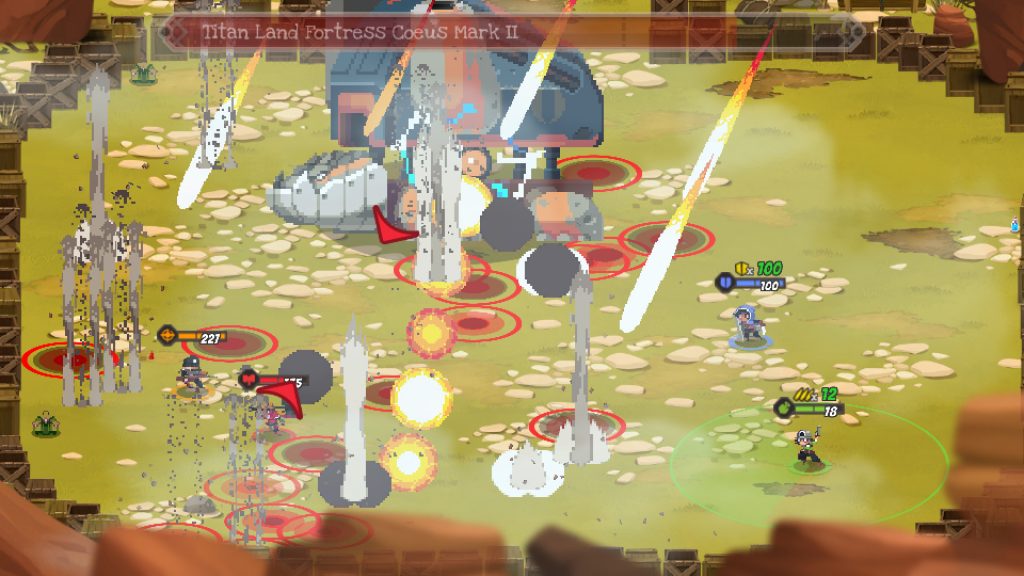 When Assassin’s Creed released in 2007, Ubisoft kept a huge story detail a secret. Although demos and previews showed an action game set during the Third Crusade, a sci-fi story remained hidden. Few people expected to see a man diving into his ancestor’s memories through a DNA machine. The natural surprise flipped your expectations. Unlike Assassin’s Creed, some games hold back content or details to manufacture a surprise.

Manufactured surprises can backfire when developers hide huge sections or essential features. The surprise can confuse or annoy players who expected a different experience. Bloodborne hides many of its optional areas behind obscure unlock conditions. Without a guide, many players may not even know those areas exist.

A botched surprise may also result from mistakes in marketing. Cellar Door Games, the makers of Rogue Legacy, withheld the puzzle solving aspects of their latest cooperative game, Full Metal Furies. The puzzle solving unlocked new content and additional story sections, making it a huge component. Press coverage and pre-release trailers focused on combat when the game offered so much more. Hidden areas or withheld features don’t surprise, they instead conflict with the desire to explore the core of a game.

Bloodborne’s environments and enemies guide you to the next area. Your progress unlocks shortcuts, awards keys and activates lifts. Those principles do not apply to optional areas, which make up large sections of Bloodborne’s world. The inability to access these areas in a simple manner slows the player’s natural discovery.

The Cainhurst Castle area feels as if From Software never intended players to actually find it. First you must defeat the Vicar Amelia boss and examine the alter to start the nighttime cycle. Then you must head to Iosefka’s Clinic where you need to find the Cainhurst Summons. When you find the summons, you must go across the map to Hemwick Charnel Lane to defeat another boss. If done right, you unlock the area and a carriage rolls in when you approach the stone obelisk.

The carriage takes you to Cainhurst Castle – a giant, snowy fortress with floors of wailing enemies. Nothing about unlocking Cainhurst Castle feels natural, making guides almost necessary. Bloodborne’s optional areas do not surprise, it separates content from the player’s natural exploration.

The unlock restriction differs for hidden content if it becomes available without hassle. In Pokemon Gold and Silver, an entire new region unlocks after completing the game – something not advertised prior to release. The hidden region features eight more gym leaders and a final battle. Nintendo’s choice to keep the additional region secret both surprised and awarded players. The content unlocks through natural story progression and without any additional steps. Bloodborne should instead grant access through story progression. Despite its obscurity for optional areas, it never withheld on showing core mechanics.

If you ask Cellar Door Games, they consider Full Metal Furies (FMF) a massive failure. Despite their pride in developing their sophomore game, their marketing strategy didn’t work. The decision to withhold the puzzle aspects – about 40% of the game – backfired when players viewed it at as optional.

Full Metal Furies – a cooperative, class-based action RPG – looks as simple as its description. Upon playing, you learn of FMF’s witty dialogue, clever riddles and hidden secrets. The riddles seem simple at first, but they all contribute to larger mysteries. As you crack one code, more unsolved secrets appear. Each new layer adds complexity, then requiring creative, abnormal approaches to find solutions. Some puzzles rely on audio cues, while others depend on changing menu options.

In Destructoid’s interview with Cellar Door Games, they discuss at length the mistake to not showcase these puzzles. Their attempts to instead hint at the puzzles, not show them, failed. Instead of the community discovering the secrets and discussing solutions, people avoided FMF altogether.

FMF’s memorable characters and clever dialogue surprised as much as the puzzle solving. The Furies, the four women trying to reclaim their world from powerful titans, were neglected in pre-release coverage. Not enough information highlighted the banter between Furies and the one-liner exchanges with cocky enemy titans. Despite cheesy jokes about literal cold feet, FMF deserved more credit for its characters.

The brawling combat, puzzle solving and memorable characters all encompass the “snapshot” for what playing FMF feels like. Without the snapshot of the main gameplay systems, people can’t visualize themselves playing. Instead, people see the cooperative brawling and dismiss it as simple or lacking. Fans of puzzles or clever dialogue don’t even give FMF a second thought.

With so much effort and time involved to make games, some studios make the mistake of hiding content. Rockstar Games completed Grand Theft Auto V in five years. It took 1000 employees around the world and a multimillion dollar budget. Despite the original release in 2013, thousands of people still explore its sprawling city. The game showcases dozens of online modes, in-game activities and story missions. The player then decides if the game offers enough for their tastes. The snapshot for Grand Theft Auto V is clear – and massive.

Sometimes a great idea doesn’t support player behaviour. Nier: Automata requires two playthroughs of the same single player story to even see new content. I spoke at length about the problems with gating content behind game completion walls. Although it worked well for Pokemon Gold and Silver, 90% of players don’t finish games.

Developers may then create end game content for 10% of their playerbase. With the years required to make games, it feels like wasted time and effort. But for Nier, FMF and Pokemon, revealing those end game perks only helps the potential for the initial purchases. If 10% of 500,000 see end game content, it feels a lot better than 10% of 10,000.

Hidden areas or in-game surprises can work, but the payoff benefits a small number of players. Like Assassins’s Creed, natural surprises emerge on their own. People would rather know what a game offers than to discover its parts. If your game revolves around puzzle solving, show your puzzles. If your game features optional areas, ensure the player finds it without frustration. The player wants to explore and imagine themselves in play. If procedures block content or mechanics upset motives, then the player may not play at all.