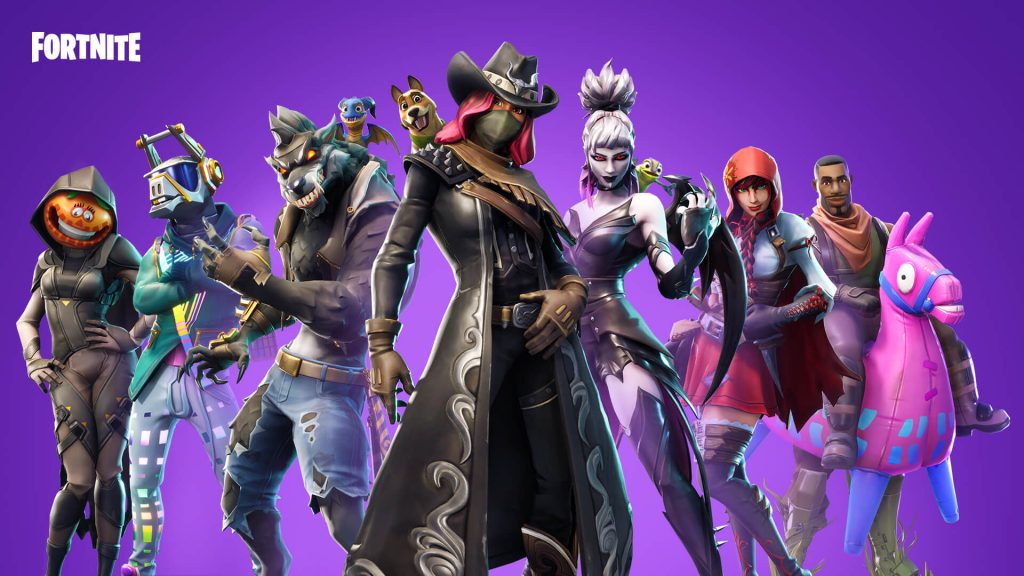 Fortnite’s free, multiplatform release invited everyone from their phones, consoles and PC to play. The ever-changing map and regular updates rejuvenate the game’s sandbox before it grows stale. With its structure building mechanics, Fortnite offers the most unique battle royale experience.

Then came Call of Duty: Black Ops 4 with its grounded, military focused battle royale mode called Blackout. It won’t let you build structures, but it lets you use a number of futuristic gadgets to impact shootouts. Grapple hooks, cluster grenades and solider perks alter how you play, but also how long you survive.

With three major battle royales supporting healthy communities, each thrive in different areas. Flaws do, however, accompany the many well-crafted tools and weaponry in each battle royale. Despite the improvements through updates, the newness of the genre leaves dozens of unexplored ideas.

PUBG draws from games like Counter-Strike by forcing the player to play smart and deliberate. In general, spraying at your opponent while strafing won’t see you land any shots. The accuracy penalty for moving and shooting means you must remain stationary to hit targets. Of the three major battle royales, PUBG’s gunplay punishes lazy players.

The game’s roots in the realistic shooter, ARMA, also brought along complex ballistics physics. New players struggle in medium to long range shootouts because of the bullet trajectories. The challenging gunplay and weighty foot movement requires adjustment not found in dozens of similar games. Due to the difficulty, few games satisfy as much a PUBG battle royale win.

The win satisfaction diminishes over time as game bugs and wonky performance plague your sessions. Parachuting into matches might trap you in a tree, or hectic areas may cause performance hitches responsible for your death.

The gunplay never stops punishing either. Some shootouts leave you wondering how your bullets didn’t land even though your opponent stood still. Likewise, you also wonder how you managed to kill an enemy so fast. It all feels variable and worsens as poor stretches of play produce little hope for improvement.

Although PUBG offers the most satisfying win of any battle royale, players sought something different. Players sought a faster, more generous game with fewer bugs and better performance. Without a console battle royale game in sight, here came Fortnite.

Fortnite is free and runs well. Those two factors already propel it above PUBG. A free game also invites the whole world to at least try Epic Games’ version of battle royale. Console, phone and PC releases brought together communities through cross-play support, even when Sony resisted.

The multiplatform, connected ecosystem ensured friends always play together. It grew into a cultural phenomenon, with pro players appearing from every part of the world. As the community grew, so did the game. New weapons and items shuffled the game’s meta, forcing players to adapt.

An already optimized game then improved its performance alongside changes to its giant map. Instead of releasing new maps, like PUBG, Epic Games added in-game story events to transform the landscape. Craters appeared, cities erected and vegetation died all over. The same areas millions of players ran through changed with each new update.

While we can talk about the huge impact of Fortnite dances, I’d rather discuss the evolution of building structures. Fortnite’s structure building mechanics evolved as the community learned the gun physics. Unlike PUBG, shooting in Fortnite feels straightforward.

A player’s Fortnite skill shows through building ability. Players capable of erecting castles in a few seconds stand the best chance at winning shootouts. Height advantage and bullet protection matters way more than weapon rarity. In Fortnite, if your enemy builds on top of you, the fight is already over.

Structure building speed and gun skill created a chasm in the community’s skill level. Before you even start shooting, you know if your match is over. If your opponent buildings the empire state building while you place a wall, then forget it. You stand no chance.

In PUBG, if you spray and pray, you won’t go far. In Fortnite, if you forget to build, you won’t go far. Both games depend on a certain skill level to succeed, yet Fortnite presents the most difficult mechanic to learn. No game offers the same experience. Players must learn, adapt and perfect building within Fortnite’s confines. You can’t transfer skill from somewhere else.

In Blackout, you can’t build walls. Instead, imagine a multiplayer match of Call of Duty with 100 players. Right from the beta, Treyarch didn’t try to reinvent the battle royale, they instead tried to perfect it. The beta ran without many hitches, even as player counts changed to stress-test servers. Aside from some reworks to armour, not much changed in the final release.

Blackout feels like a mix of PUBG and Fortnite. Blackout revolves around military technology and movement, but it doesn’t lean on punishing ballistics physics. If you want, you can run, slide and shoot your enemies into the death screen. Familiar Call of Duty perks, like Dead Silence, mute footstep noises, while other perks improve mobility and awareness. The gun attachments draw from a decade of customizable guns found in the arena multiplayer. Blackout stays loyal to its Call of Duty foundation with items and features always available to the franchise.

It feels like a refined, forgiving version of PUBG. The fluid movement abilities, like slide and clamber, increases the speed of matches. Call of Duty’s fast, strafe heavy gunplay makes every encounter feel winnable. Unlike Fortnite where building speed telegraphs player ability, Call of Duty feels even throughout the match.

Although still early, Blackout promises changes to the map over time to mimic Fortnite’s map evolution. With annual Call of Duty releases, it remains unclear if future games will release with another battle royale, or if Treyarch continues to support Black Ops 4.

Your weapons and items depend on what you happen to find. Battle royales lack persistence, so a pre-game loadout can bring some experimentation. Loadouts shouldn’t provide guns or armour, they instead provide unique modifiers or equipment. Someone who loves wield shotguns might equip a modifier to improve run speed. At cost of ammo capacity, players choose to move faster.

To achieve balance, games should avoid reliable modifiers, like increased health or armour. The modifiers or equipment loadouts should change a very specific action for a specific scenario. Instead of larger changes, like more protection, think of something smaller, like further grenade throws.

The nature of battle royales revolves around individual play. Even in teams, you need to contribute to achieve victory. With a feature like factions, the division brings together the community through competitive milestones.

Imagine multiple factions where each player must choose a side. These factions won’t affect in-game performance or team composition, but it affects rewards and events. A faction with the most wins can receive a special reward at the end of each month. For special social events, a player’s faction determines their teammates. Imagine Fortnite’s 50 versus 50 mode with a team of players from your faction.