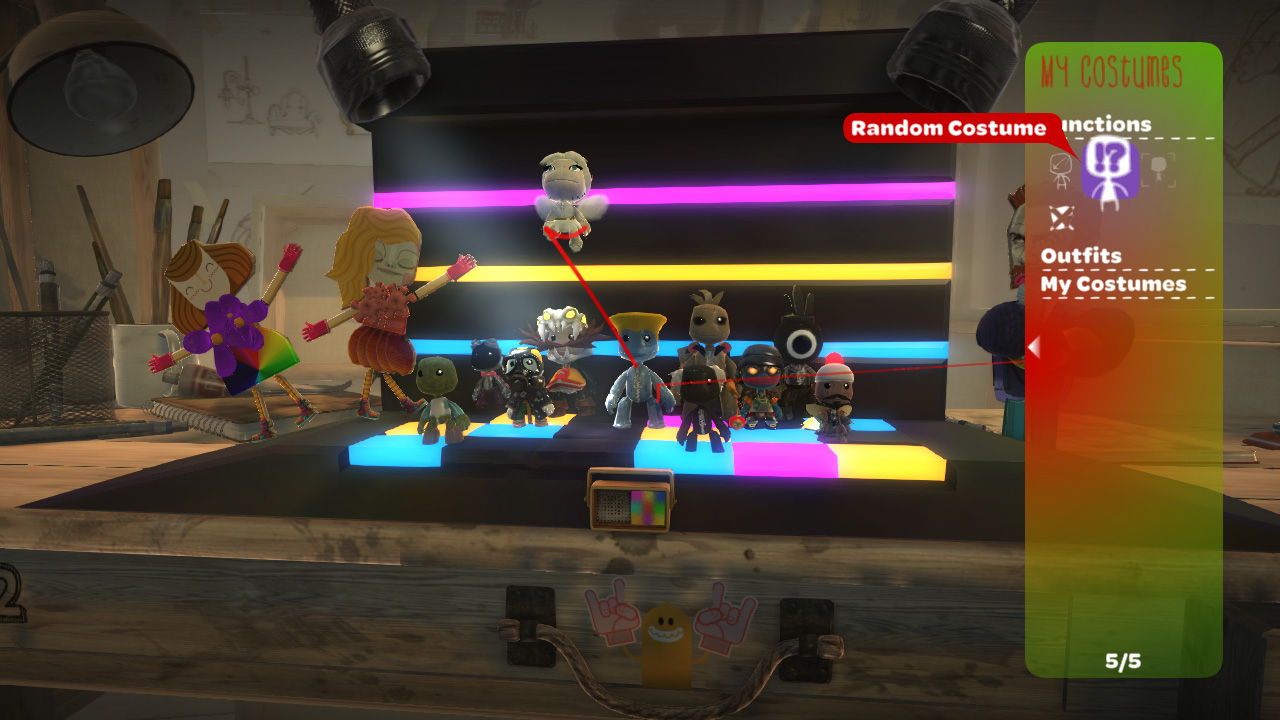 I have to admit. When I found out last year that LittleBigPlanet2 was being delayed from its November release date to January, I was very disappointed. And after the delay, my excitement for the game had simmered down and never reached that high point ever again. When January rolled around I read very positive reviews for the game; I was convinced by both consumers and critics that this was a must own PS3 title. After the purchase, I played through the single player in a few sittings, and played co-op with friends or random strangers online. For a game that boasts having unlimited amounts of content, I still managed to feel very unsatisfied with my purchase.

What most reviewers failed to do was clearly state which audience this game is designed for. LittleBigPlanet2 is for creators, not players. Looking at the game alone and not the creation tools, LittleBigPlanet2 is a very underwhelming next-gen experience. The controls are fine, but not matter how many grappling hooks, robots or shooting sections you add to the game, it’s too easy, and too boring. There is no challenge, and the moment you introduce difficult platforming to LittleBigPlanet, the more glaring the problems with the controls become.

There is a lot of community generated content in LittleBigPlanet, and the way Media Molecule handled the download and access of the levels is awesome. I loved being able to play Media Molecules picks or most downloaded levels and it is further enhanced by their website LBP.me, where you can search and add levels to your download queue or write a review. This is where the game shines, the community. It was fun playing the community made levels, though fun for only a few minutes at a time.

I wanted to review LittleBigPlanet2, but my complete void of interest in the creation tools leaves half of a game untouched. I tried going back and getting the prize bubbles I had missed, but it’sso frustrating to make precise jumps with controls that were not designed for precision. Many times throughout the week I forced myself to play LittleBigPlanet because I didn’t want to believe that such a well received game would manage to make playing feel like a chore. There are a lot of PS3 exclusives coming out this year, and if you are not part of the level creating niche audience, I would recommend you skip LittleBigPlanet2.