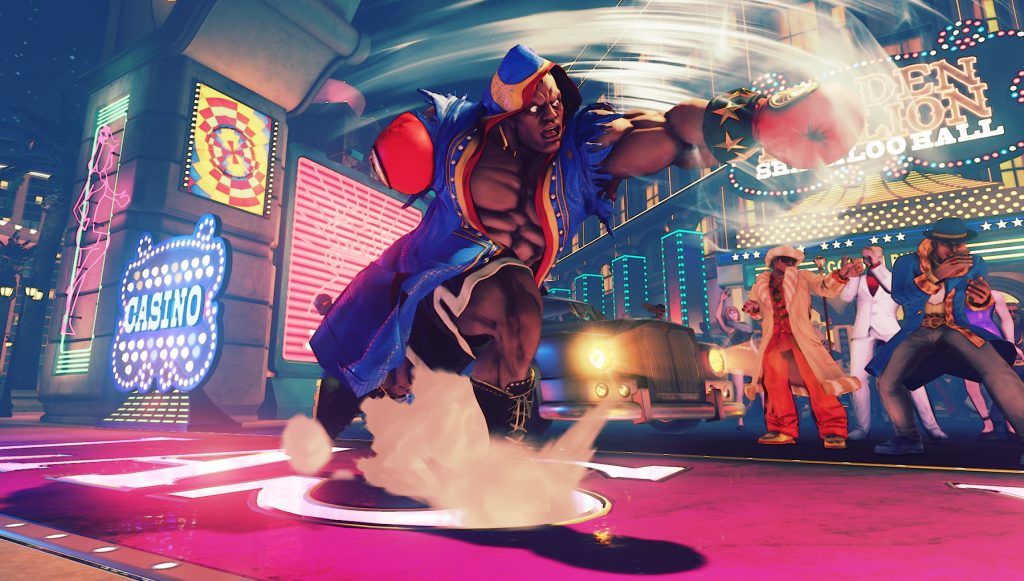 Fighting games should stay difficult. Their difficulty doesn’t explain the true reasons for their niche audience. New players or lousy players blame the game for catering to hardcore fans. The blame, a product of frustration, attacks the game mechanics. We should instead blame the game’s overall content and teaching methods.

Eight years ago, when I first played Street Fighter, I wrote about the lack of tutorials. I tried my best to learn Street Fighter 4’s special move inputs and when to use them. The information overload and steep learning curve placed me in a perpetual learning phase. With no context for why to use these moves or when to use them, each match felt random.

A fighting game for new players then falls apart against real opponents. New players overuse reliable moves like grabs, sweeps and shoryukens. As a new player, you won’t know how to stop the Ryu who spams his famous uppercut. With no answer to stop spammers and no other casual modes to experiment in, new players then quit.

Injustice 2 caters to all types of players through various modes. The Injustice 2 story tells a sprawling adventure involving a wide cast of DC superheroes. Throughout the story the player chooses between two different fighters to defeat a villain. Then towards the end, siding with Superman or Batman results in a different conclusion. The story mode encourages players to replay through it at least once more. It’s a worthwhile experience carried by uncanny facial animation and thrilling superhero fights.

The offline modes challenge the player too, which fighting games overlook. Fighting game CPUs feel brainless and develop bad habits for players. Injustice 2  challenges you to use deliberate special moves. The payoff feels worthwhile because your success progresses the story. NetherRealm Studios treats the offline challenge as seriously as the competitive balance.

After the story, players can seek additional single player content in the Multiverse. Injustice 2’s Multiverse works like arcade mode where you face bots in a series of fights. The Multiverse fights cycle often, with new conditions like falling meteorites during the fight. Once you complete the series of fights, equipment rewards allow you to customize characters stats and appearance. Games need this single player content to keep non-competitive or new players engaged.

When the content feels unfulfilling or reaches completion, then the multiplayer modes provide the challenge and competition. If a player exhausted the Multiverse and story mode, they should know how to string together basic combos and execute special moves. The foundation now exists, helping them beat other players, rather than fighting the game’s mechanics.

ARMS, Nintendo’s new Switch fighter, provides an enormous range of single player options. A Grand Prix, much like an Injustice’s Multiverse, presents a series of fights before a final boss. The challenging fights and mini-games feel competitive. They force you to learn deliberate actions instead of button mashing. Although it lacks a deep story or branching paths, higher difficulties introduce an additional stage to the final boss. My goal for ARMS is to keep improving so I can fight the other final boss stages.

When I want a casual experience against other players I enter Party Mode. Party Mode gathers up to 10 players in a single lobby to participate in a series of activities. In addition to traditional fights, Party Mode mixes in mini-games like basketball, where you try to put your opponent into the basket for points. Combos or execution don’t matter much here, yet they still retain a competitive feel.

ARMS excels through its variety of mini-games and online modes. It may not belong alongside tougher games like Street Fighter, but it understands the importance of providing options. A range of content welcomes all players to a genre known for complexity. With modes eliminating competitive pressure, it help players enjoy the game in different, yet still fulfilling ways.

When I wrote about Halo 5: Guardian’s skill ceiling, I said, “Content and quality attracts players to any multiplayer versus games, but competition and the skill separation builds a strong community.” With a competitive foundation, fighting games do a great job challenging the community with high-skill gameplay. Halo 4 struggled because of simplicity of its mechanics, whereas Street Fighter V struggles with lack of content.

Few quality modes exist for players to experiment with the Street Fighter V mechanics in an environment of fun. Halo 4’s story campaign, casual multiplayer and Spartan Ops, lets you learn the game in a stress-free way. You could then translate gun skill to the more competitive modes.

However, the simplicity of gunplay and low skill ceiling bored players, who then sought other games. Street Fighter V suffers from the opposite issue. It lacks content and gave no way for players to learn the game away from the most competitive modes.

Tutorials and How to Deliver Information

Fighting games can’t introduce concepts and mechanics as the game progresses, like God of War or The Witcher 3. Fighting games characters need their entire move set from the start to maximize their strengths and minimize weakness. If Capcom removed EX moves from Street Fighter V to introduce later, players then develop bad habits. They may learn to depend on their Critical Arts (ultra move) for damage.

Tutorials then try teach players how all these character moves and abilities string together for combos. Street Fighter V uses Trials of increasing difficulty to show combo options during a fight. While helpful, they don’t provide context. A combo might start with a jump-in, but jump-ins are easily countered. Fighting games struggle with concept delivery because of the frontloaded, massive dump of information. How do you explain why jump-ins or leg sweeps are risky moves if new players lack experience?

Street Fighter V does itself no favors either with limited single player options and the most complex fighting system. Injustice 2 uses a light, medium and heavy attack move set with a super meter. Instead of analog stick rotations, it simplified inputs to straight directs like “down, forward,” in place of “quarter circle forward.”

Street Fighter uses a light, medium and heavy attack for both kicks and punches. With six attack buttons, complex analog stick rotations and two special meters systems, no wonder players avoid fighting games. The most recognizable game also overwhelms with the most options during a fight.

Skullgirls best tackles tutorials and teaching concepts despite releasing many years ago in 2013. Unlike modern games, Skullgirls used tutorials to also teach terminology and advanced concepts. One lesson explained “hit confirmations” and how they influence fight behaviour. If your light attacks, your safest attacks, land, then the “hit confirmation” invites further attacks. Enough confirmations signal an opening in the opponent’s defence, inviting you to try stronger attacks without punishment. It’s a simple concept for experienced players, but an invaluable lesson for new players.

The small studio and their focus on tutorials took attention away from single player content. Later updates introduced a voiced story in Skullgirls, but these things should exist when games launch. While its tutorial received a lot of attention, it still needed deep offline solo options to entertain players afraid of online competition. Strict tutorials modes aren’t fun on their own.

Repeated attempts to introduce new players to fighting games fail when developers reduce complexity instead of including quality content. Street Fighter V is a daunting game to learn, but blame the awful story mode and poor launch package for pushing away new players.

Injustice 2, despite not known for competitive longevity, laid out the ideal outline for future fighting games. With a tutorial explaining concepts, deep story mode and additional offline modes, players learn and play at their own pace. Enough content needs to exists outside of the competitive scene. If players stay engaged and seek a greater challenge, they stay open to the competitive side.