Even though Fan Expo Canada is not a convention I enjoy going to, it being the only one in Toronto that comes close to resembling a dedicated video game convention, makes me grudgingly attend each year. Tens of thousands of people attend this comic, sci-fi, anime and gaming convention, and since video games were later added to this originally comic book gathering, there is always a lack of game demo stations suitable for the number of attendees. The convention itself, especially if there’s only one area you actually follow, is very limited with things that you can actually do. Once 4 day pass purchasers realize that they have exhausted all available activities associated with their hobbies, they line-up to play Halo 4, ZombiU and whatever game that can occupy their time. Not to sound like a whiner, but this in turn, makes people who go strictly for the games, wait longer in the already lengthy lines.

With general convention complaints aside, what I really wanted to talk about was the Wii U and Ubisofts survival horror game, ZombiU. That sentence has a lot of “U”s in it which makes it sound weird, but I can’t help Nintendo’s annoying branding. Wait one more U, U Play. I was hoping ZombiU, awkwardly spelt without the E, would be one of the games that would change my pessimistic perspective of the Nintendo Wii U.  With lackluster first party titles at launch, it was a weird thought knowing that I could possibly buy a Nintendo console to play Ubisoft games. Having confidence that Rayman Legends will be a game I will undoubtedly enjoy is comforting, but after my brief session with ZombiU and its controller, comfortable is not what I am.

Arguably the most important part of a console is its controller, so naturally scepticism forms when Nintendo shifts to motion controls and large touch screens in the centre of the controller. Given the Wii U gamepad’s rectangle shape, it lacks the ergonomic form that modern controllers have almost perfected. From when the Wii U gamepad was first shown at E3 2011, it has changed, adding things like analog sticks to replace the circle pads; and plastic bumps underneath the controller to give the player something to grab onto. Unfortunately (keep in mind that I had exactly 12 minutes with the controller), it wasn’t as comfortable as I had hoped.

The first issue I have, strangely enough, is with the analog sticks. I’m not sure if it’s because ZombiU lacked aim assist, but I found it difficult to smoothly aim, as my camera view was flying all over the place. While playing, my thumbs were slipping off the sticks, which might be due to the small size of the convex stick and tightness of their movement. Comparing to a PS3 controller, the Wii U gamepad lacked the smoothness and perfect size that Sony has found.

Second major notable issue is the grip that you are allowed. With such an awkward, rectangle shape, there is nothing to wrap your fingers around like the handles on other controllers. The closest comparison I can draw to is the 3DS, which is essentially a Wii U gamepad controller. Only differences being are the physical size and the length to which you play these devices. Consoles naturally garner a longer play session, which is why comfort is most important.  It may seem contradictory because I said I only played for 12 minutes, but if was uncomfortable for that short duration, I can’t imagine it getting better after 4 hours.

Most of my attention, despite holding an unfamiliar controller, went into playing ZombiU as best as I could. With so many zombie games available, Ubisoft needed to introduce something unique in order to differentiate their experience. The most unique aspect of ZombiU is its death mechanic, where once you are killed by a zombie, you will spawn as another survivor and potentially be able to kill and loot your previous, now zombie, corpse. But since most demos at conventions end at death, I was never able to actually experience it for myself. 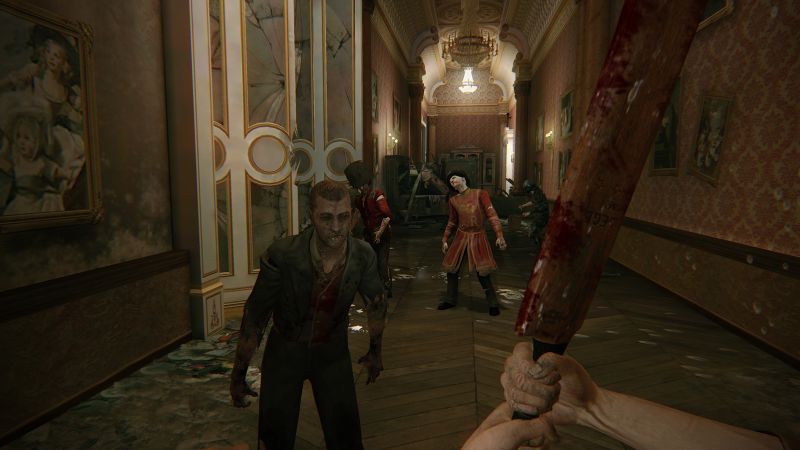 I started in what looked to be London, in an area that was heavily destroyed. I was then contacted by someone via radio, who wanted me to search a nursery for medical supplies. Once I entered the nursery, I was surprised by how well the game looked; the Wii U hardware (even though I didn’t actually see the console) was more powerful than I had anticipated. In terms of visual quality, the closest comparison to ZombiU would be Valve’s Left 4 Dead 2 on PC, running at max settings. With just a flashlight in a dark room, it was difficult to really see the performance of the hardware, but there is a noticeable improvement over modern consoles.

For what was available in the short demo, the game best resembled the feel of a Dead Space or Dead Island. Each zombie proved to be a formidable opponent and required many shots from a pistol or hits with a cricket bat. With each corpse and object, there is loot to be found then managed on the gamepad touch screen. Although the touch screen was very responsive and of acceptable build quality, I just didn’t see why I couldn’t manage my inventory on my T.V. To use the excuse that you wouldn’t have to interrupt gameplay would be invalid as you have to stop and look down anyway. 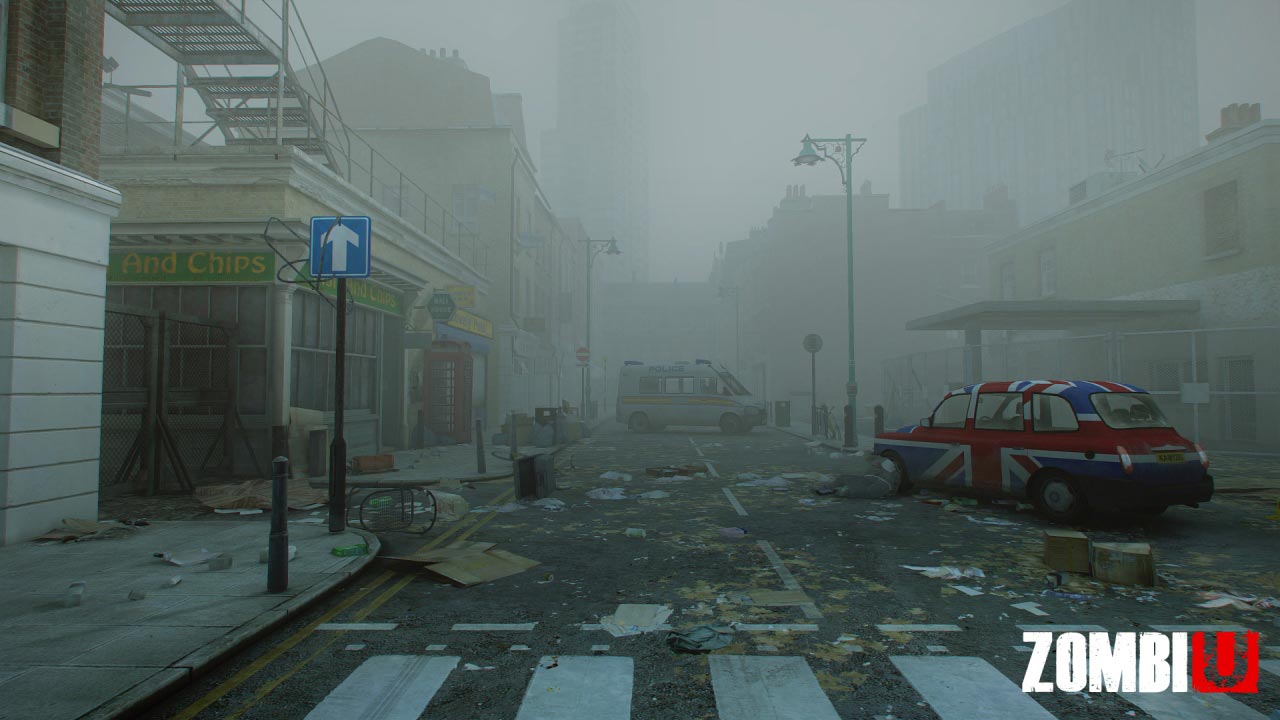 The use of the touch screen was questionable, there was no reason for it to exist since it handled operations in the same way if it were on a T.V. Parsing what a gimmick is and what is actually beneficial, comes down to whether or not it solves a persistent issue. The lady helping me at the demo station often told me which button brought up the scanner on the touch screen. When I finally asked to why I would use the scanner, she said that it could faster reveal items in a room. The process of bringing up the scanner, moving the controller around to use the gyro sensors and then actually scan an object, was not quicker than just walking up to a cabinet or corpse and just pressing X to loot.

I was hopeful that the confusion and uncertainty initially developed at the Wii U’s first showing would be eliminated with a hands-on experience. After my brief time spent with the controller and a launch game, my perception surrounding it remains unchanged. There are still many questions unanswered regarding price, launch date and online functionality, so I won’t completely judge the Wii U until most of those questions are answered and the console is available on store shelves. With only a few months separating now and its projected release, I’m unsure of what Nintendo is waiting for, especially when there are so many who are unsure of the console itself.