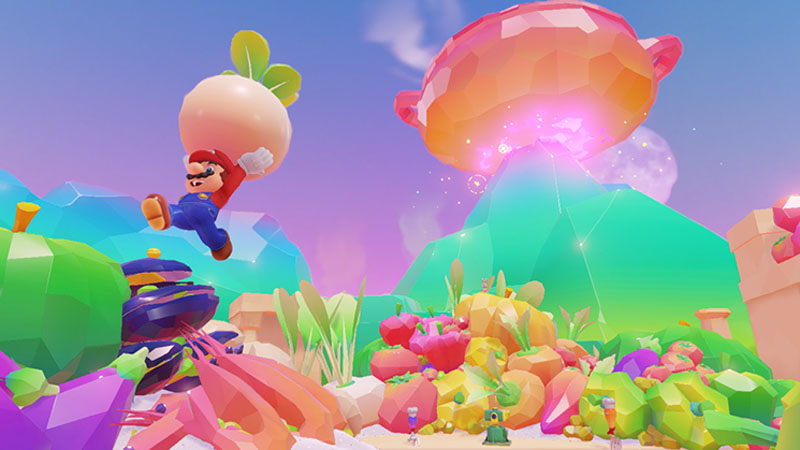 E3 2017 starts early this year with EA scheduling their E3 press conference for Saturday, June 10th. A once three-day event of presentations now spreads across five straight days. Companies race to present first, hoping to set or survive expectations for a great conference.

The theme of new hardware echoed throughout E3 in 2016, even if Nintendo refused to reveal the Switch. This year, hardware talk continues, but with the spotlight on Microsoft. Their 6-teraflop Xbox affects the whole market. Whether it fails or succeeds doesn’t matter – it will change the console space.

Even as stores struggle to meet the Switch demand, Nintendo can’t relax. PlayStation’s early onslaught of game releases left the rest of 2017 open. Nintendo needs their Direct video stream to carry momentum. And with more competition in a new Xbox console, no company wants a slow holiday season.

Microsoft needs a successful E3 – more than any other company. The Scorpio marks a huge milestone for the gaming industry. A significant, mid-generation console upgrade gives buyers options never offered before. With Xbox One accessories, games and communities accessible and functional on both platforms, the Scorpio’s success depends on price.

Existing Xbox One owners and new buyers need a reason to upgrade. Given the specifications, a $400-$499 USD price range sounds realistic, although the $499 price hurts other markets. In Canada, a $499 USD Scorpio means a price around $650 CAD before taxes. The Scorpio’s power will improve game performance and visuals, but the cost might outweigh the improvements. The Scorpio’s virtual reality capabilities won’t matter if both release for absurd prices.

The Scorpio will hog a lot of attention, though not enough to forget about the Xbox games lineup. A canceled Scalebound and quiet 2017 leaves the rest of the year open for new Xbox One games. Even looking forward to 2018, the Xbox lineup looks grim. Microsoft needs to invest in first party development and show games for both the future and this year. Expected appearances like Forza, Crackdown 3 and Sea of Thieves won’t carry the show. I think Microsoft will demo something related to Halo, but expect Halo Wars 2 DLC.

Microsoft has the most potential to surprise at E3 2017, but sometimes potential can inflate expectations to unreachable heights. And without partnerships with Call of Duty or Destiny, the Xbox One brand lacks that one extra title. If we don’t see an exclusive deal with another developer, the Xbox One remains starved for games.

Unlike the Xbox One, the PlayStation 4 should excel with gameplay of already announced games. Developers showed short snippets for God of War 4, The Last of Us: Part 2 and Detroit: Become Human, but these games still feel too distant. Stage demos and a couple surprises sprinkled throughout should fill the time.

The first half of 2017 on the PS4 gave us games like Nier: Automata, Horizon: Zero Dawn, Nioh, Gravity Rush 2 and Persona 5. The PS4 library of strong, lengthy games grows each month and will continue with Uncharted: The Lost Legacy in August. The PS4 doesn’t lack games, but expect more anyway. The PlayStation VR’s growing popularity will see more support, so a VR focused show won’t surpriseme.

The PS4’s wide ranging library lacks in one area: a multiplayer shooter. Destiny fills the void of a PlayStation multiplayer shooter, but they would benefit from a true exclusive title. Even Nintendo, a company who struggles with every console to establish a multiplayer base, leans on Splatoon to appeal to the shooter audience. Despite the first-party investment, I don’t think we will see something like Gears of War or Halo. Sony releases single player games and relies on exclusive third-party deals to fill their empty slots.

The Scorpio will shift the console landscape, but don’t count on a PS4 Pro price cut. Expect some console and game bundles to entice buyers. Without a concrete idea of what price Microsoft aims for, Sony might not want to cut their price too early.

The Legend of Zelda: Breath of the Wildand Mario Kart 8 Deluxe – two Wii U games – helped the Nintendo Switch fly off shelves since launch. As Splatoon 2 and Arms release in the next few months, the Switch’s first year already surpassed the Wii U’s first year. The demand for Zelda fueled a strong first month, but no one predicted constant stock issues three months later. The success looks sustainable, but Nintendo needs a strong fall lineup to keep buyers excited.

Nintendo tends to show games too early in development, and that always leads to missed release dates. The tentative “holiday” release window for Super Mario: Odyssey puts a lot of strain on console. If Mario misses the holiday window, the Switch then competes against the insane PS4 library and a new Xbox console. If Nintendo delays Mario into 2018, they need a suitable replacement. Xenoblade Chronicles 2 could help, but many of Nintendo’s games seem to far off to expect this year.

As the Switch steals the spotlight, the 3DS keeps selling. I doubt we see any new handheld hardware this year, and I also doubt we see continued 3DS support. Third party developers will make games, but Nintendo won’t dedicate the same resources to the handheld. Nintendo’s inability to balance software on two platforms means one audience becomes an afterthought.