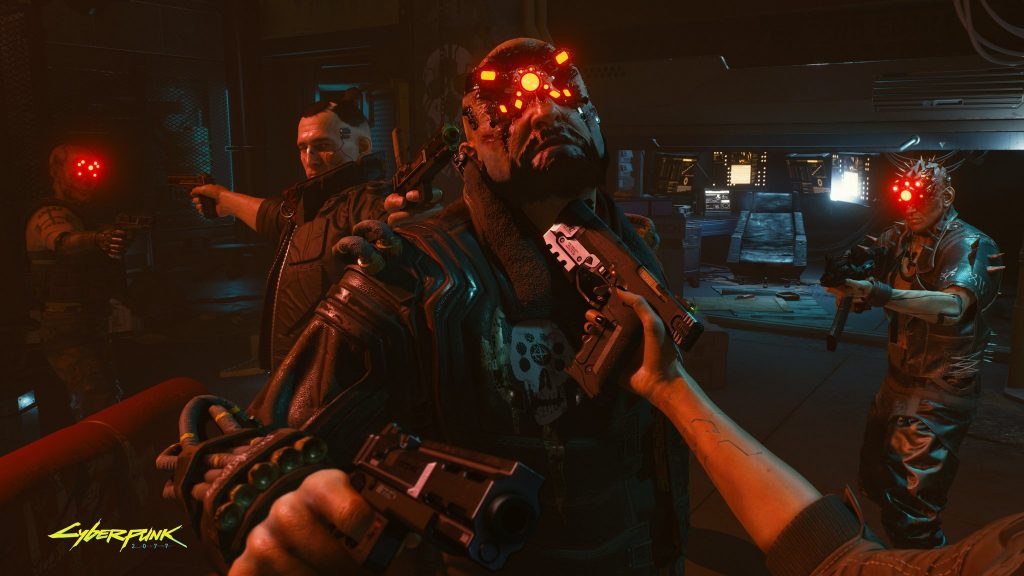 We follow V, the protagonist, through an overcrowded, dirty area of future California. The demo directs viewers to a backseat car meeting for a shady job offer. The offer doesn’t come easy as V must first show her worth and complete a test job.

Choice encompasses the demo. Non-lethal, lethal and greedy approaches give the player the freedom to play, in their view, the best way. An ideal decision-based quest system shouldn’t force any approach. Player decisions should all threaten a unique set of consequences, either immediate or distant.

The recent Deus Ex games, Human Revolution and Mankind Divided, come close to a large, cyberpunk world. Hub-world design allowed the series to pack more detail into each city structure. Most units in apartment complexes let you break into them, and storage units often hid something inside. Players acquiring stealth and hacking abilities saw the largest reward during city exploration. Full frontal, loud assault weapon attacks required endless ammunition and regeneration items. Even if successful, low hacking skill may keep a safe’s items protected. Stealth’s benefits then forced a particular style of play. Even with Deus Ex’s variety of character skills and mission routes, the game felt designed for stealth.

In an article from 2013, I wrote about my endless search for an open-world cyberpunk experience. Five years later, it still does not exist. Since then, more games do use the genre for the foundation of their story. Games like Shadowrun, Satellite Reign and VA-11 HALL-A all use the cyberpunk aesthetic with different mechanics. I found smaller games tend take place in a cyberpunk world, yet larger developers tend to avoid it.

Cyberpunk 2077 swerves game industry trends as it tries to build an RPG in a cyberpunk world. Developers often create stealth RPGs or strategy games borrowing the neon aesthetic. And aside from the Deus Ex franchise, even fewer games explore the themes found in cyberpunk stories. With not even a general release window, hope CDPR completes Cyberpunk 2077 before the year 2077.

Both subscription options cost the buyer less over two years as opposed to paying for all the items upfront. The Xbox One S bundle saves buyers over $130, making it a cost-effective option.

All these savings assume retail price, skewing the actual value of this service. Xbox Live and Game Pass see regular sales, so Xbox All Access’ value may vary.

This subscription option alleviates the burden of buying expensive hardware upfront. It also prepares the best value package for people unaware of Game Pass or what games to play.

This year Microsoft announced that all Microsoft Studios developed games will also launch on Xbox Game Pass. The news made the service a must own feature, especially since they add new games from many other studios. For September, Quantum Break, Halo: The Master Chief Collection and many more also join the service.