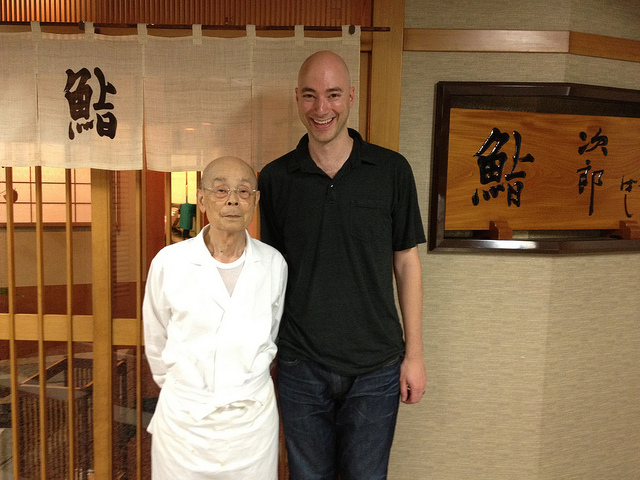 David Abrams (CheapyD) manages CheapAssGamer.com – a website dedicated to tracking video game sales and prices – from his home in Tokyo, Japan. Tens of thousands of people visit Cheap Ass Gamer each day to share the latest deals available from internet and regional retailers. CheapyD also records his weekly podcast -the CAGcast- over Skype with his friends, Wombat and Shipwreck for thousands of listeners who, not only value their opinion of games, but enjoy listening to the stories they share.

After acquiring my history degree in Rochester, New York, I worked for a corporate video conferencing company called ADCOM who set up video conferences between people in different locations. In Canada, a more successful company with the same name sued us out of existence. My employers offered me a job for a formal position, but I quit after my 3 yearswith them.

I then found a job in commercial real-estate selling office buildings in Manhattan, which no one owned the exclusive rights to. Anyone could sell the office space and I would only receive pay through commission. “I hated it. I was making cold calls all day just bothering people. I’m kind of shy and I just wanted to leave people alone.” I quit after a year and with no job lined up.

My father worked at a non-profit organization called Population Council. They worked to prevent the spread of HIV in third world countries and also provided things like contraceptive. Population Council hired me as an intern and I spent all day on a computer making spreadsheets and other documents. My father worked there for 20 years but retired. With the organization looking to fill an empty position, I figured they would promote me since my father had worked there for so long. But then they promoted someone else who they later fired because of his “incompetence.”

While working at Population Council, a lot of internet companies started forming. These companies received so much money from investors that they would rent a huge a floor in an office building for just 10 people to manage a website.

When my father bought a clone IBM PC, I would check this website called BensBargins.net every night for sales. After rebates, you could buy a fax machine for five dollars. I didn’t even know why I needed a fax machine, I just bought it. On occasion people would post some video games deal, and since I enjoyed playing video games, in April of 2003 I launched CheapAssGamer.com.

I managed Cheap Ass Gamer on the side while working at Population Council.”I didn’t know what I was doing. I was faking. Whenever I had a problem, I looked it up on Google. Sometimes I would spend all night trying to fix something.” I would work all day on a computer, go home and work all night on a computer. I posted deals by usually searching the EB Games website for sales. I made the site because I thought it should exist, not because I saw it as a viable source of income. But then I received checks from EB Games and I eventually started earning more money from CAG than from my job. I earned two incomes; I saw no reason for why I couldn’t manage both.

In 2004, CheapAssGamer.com competed with another site called VGTalk.com. Their website also featured video game deals and drew about the same amount of visitors. Then one day someone wrote a letter to the editor to EGM (Electronic Gaming Monthly) magazine and mentioned CAG as one of the websites he visited. His mention pushed CAG ahead of VGTalk permanently, which the owner did not appreciate.

The owner of VGTalk then began purchasing domains like “Cheap Ass Books” and “Cheap Ass Games”. Before his domain purchases, CAG held a logo creation contest and picked a “fist full of cash” as the winner. Out of clear jealousy, he stole the logo from the CAG website and used it on all of the “Cheap Ass” domains he purchased. Once the community at VGTalk noticed all the domains he owned, they stopped visiting. I changed the logo to something I knew any website wouldn’t copy, my face. “I could tell he was just it in for the money. For me it was a labour of love.”

I think my presence made the site and the podcast unique. In the summer of 2005 I received an email from someone who worked for Howard Stern. I recognized the email right away since I often listened to his show. The email came from Stewart – more known as Wombat on the CAGcast – who expressed how much he liked the website. He asked about recording a podcast where we would talk about video games. I accepted his offer and before I moved away from New York, we recorded the podcast in Howard Stern’s recording studio after hours.

While managing both CAG and my day job, I married Shima – a Japanese national – who received a great job offer in Japan at a law firm. I began taking Japanese lessons at a school conveniently near my office. Unfortunately, CAG kept me so busy that I dropped the Japanese classes and eventually quit my job at Population Council. Shima’s job required her to move to Japan and her employer offered us money to help ship our belongings there. I didn’t own anything valuable except for maybe my clothes and video games. So we left a lot behind, took the money and bought furniture when we arrived in Tokyo. At the time, I didn’t know if the move would become permanent; we never really discussed it.

I would meet Shima’s coworkers and friends who naturally asked about my job. Even after describing my website, some people didn’t really understand its purpose. “I’ve gotten better at explaining it. When I tell people the name, they laugh. They think I just live off of her [Shima], but then I tell them I make more money than her.”
—
Do you feel at all embarrassed?